The Slovenian trio without the final, Fain and Stevens expect more from the EP 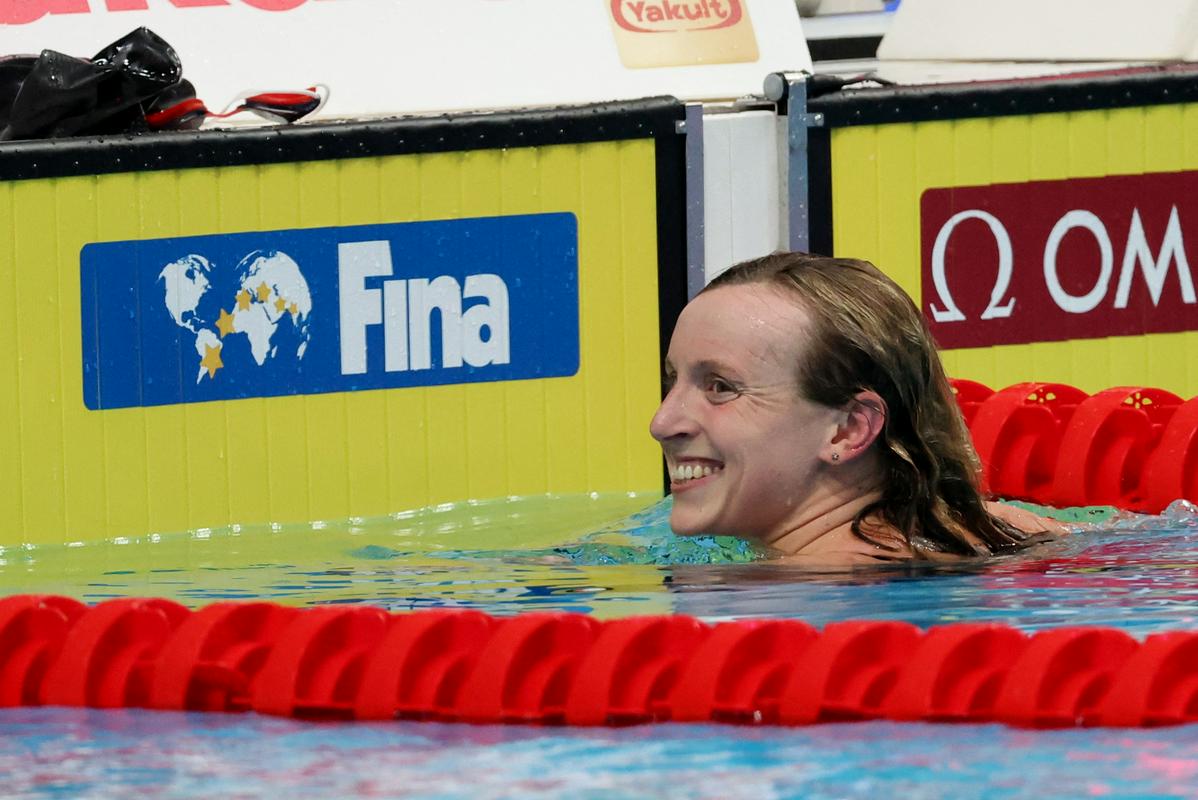 Monday was one of Slovenia’s highlights at the World Swimming Championships. In Budapest, three Slovenians reached the semifinals, in which Katja Fain won 13th place in the 200 meters freestyle, Janja Šegel was 14th in the same discipline.

Fain: It wasn’t the highlight of the season“I am not happy with the result, although I have significantly improved my ranking from the previous championship. Otherwise, that wasn’t my main goal of the season. I will focus on the future. I still have the Mediterranean Games ahead of me and then the summit with the European Championship“Fain said after the game.”Katja is already capable of more. However, it is true that our summit this year is scheduled for August, so this World Cup is only an intermediate step to get there.“added the coach Metka Sparavec.

Shegl wants a record in the 100m“I had a better feeling in the water in the morning, but I am also happy with the semi-finals, although I know I can be even faster. The semi-final was my goal here and I achieved that. I will swim another 100 m freestyle, where I want a personal record, or an achievement close to it, without which the second semifinal will not be available. I know I’m fast“said Šegl.

“It’s impossible to be in top shape all the time”He introduced himself in the 50-meter breaststroke John Peter Stevens, who won 15th place with a time of 27.71. “We are currently at this level, but of course the opportunity for the finals was beautiful, but it is impossible to be in top form in all competitions. The main goal is the EP and we know what needs to be done by then. There is no lack of motivation“the swimming coach assessed his protégé ‘s swimming Luka Berdajs.

The world record of a new cat on the sceneThe highlight of the third day of the swimming schedule was provided by the Italian Thomas Ceccon, who set a new world record in the 100 meters backstroke. The 21-year-old swam 51.60, correcting the achievement by 25 hundredths of a second Ryan Murphy. The American had to settle for silver this time with 51.97. His compatriot also stepped on the podium Hunter Armstrong (51.98).

Gold numbers 4 and 17She won gold in the 1500 meters freestyle as expected Katie Ledecky, who was more than 14 seconds faster than the other (namesake and compatriot) Katie Grimes! For Ledecky, it was already the 17th gold medal at the World Championships and the fourth longest in the Olympic discipline.

WC in Budapest, finals on the 3rd day

At 9:30 a.m., the second semi-final of the Australian Open Championship will begin in Melbourne, in which Serbian ace Novak Djokovic and American Tommy...
Previous article
GT NEO 3 NARUTO Edition: This is a smartphone that is popular in China and has the potential to reach Chile
Next article
The end of Brazil’s dream: they guarantee that Flamengo will stop hiring Arturo Vidal