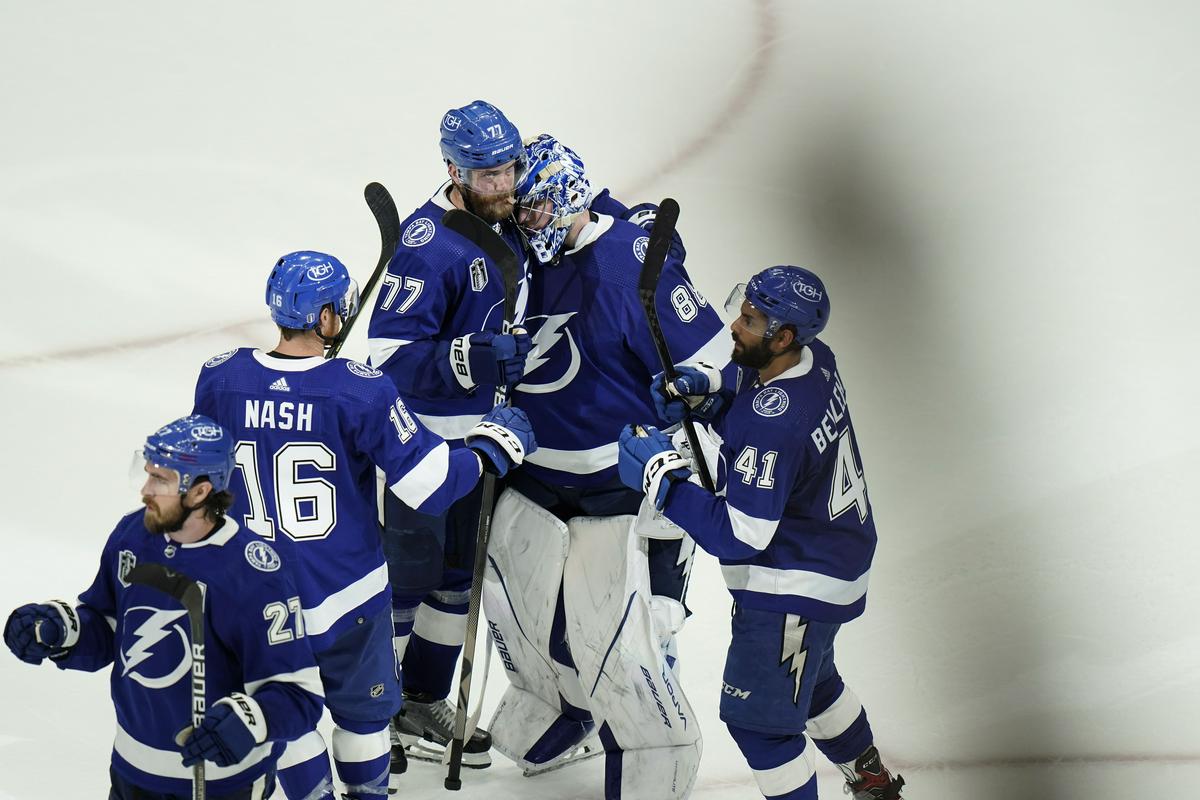 Goalkeeper Kuemper was sent out of Colorado after five goals

After two painful defeats in Denver – in extra time with 3: 4 and a defeat with as much as 0: 7 – the Stanley Cup final moved home to the defending champion. Tampa Bay beat Colorado 6-2 this time and reduced the score to 1-2 in wins.

The two-time consecutive champions of the strongest, league in the world returned to the game for the third consecutive Stanley Cup with a high victory in the first home final match. The fourth game of the series is also played in West Florida, on Thursday night at 2 p.m.

The third final match of the NHL League for the 2021/22 season started to the taste of the guests with a goal by captain Gabriel Landeski in the 9th minute, but then the Strel attack finally came into play.

Anthony Cirelli equalized at the beginning of the 14th minute, and before the end of the 15th minute, the tenth goal in this year’s final was scored by Ondrej Palat for the result of the opening third. At the start of the 2nd period, Nicholas Paul quickly raised the score before lowering Landeskog to 2: 3 for Colorado.

But then Lightning scored three goals in eight minutes of play and decided the game: captain Steven Stamkos also scored for the tenth time in the playoffs, with veterans Pat Maroon and Corey Perry contributing their share.

Nikita Kučerov and Victor Hedman each contributed two assists, and goalkeeper Andrej Vasilevski stopped 37 shots for the home team. On the other hand, Darcy Kuemper received five goals from 22 shots before being replaced between the goalposts by Pavel Francouz, who finished the game with nine saves.

Stamkos: Now we are back in the fight

“People can talk about us what they want, but we are well aware of what we have in the locker room. We knew we would play differently on home ice to show the fans why we are in the final, and today we showed a great comeback,” he said. said home captain Stamkos after the match.

“It’s hard to play in Denver – the opponent attacks you quickly and strongly. But we also know how to play like that. Now we’re back in the fight,” added the head of the two-time defending champions.

In bold press the state of victories; they play on four wins according to the 2-2-1-1-1 system.