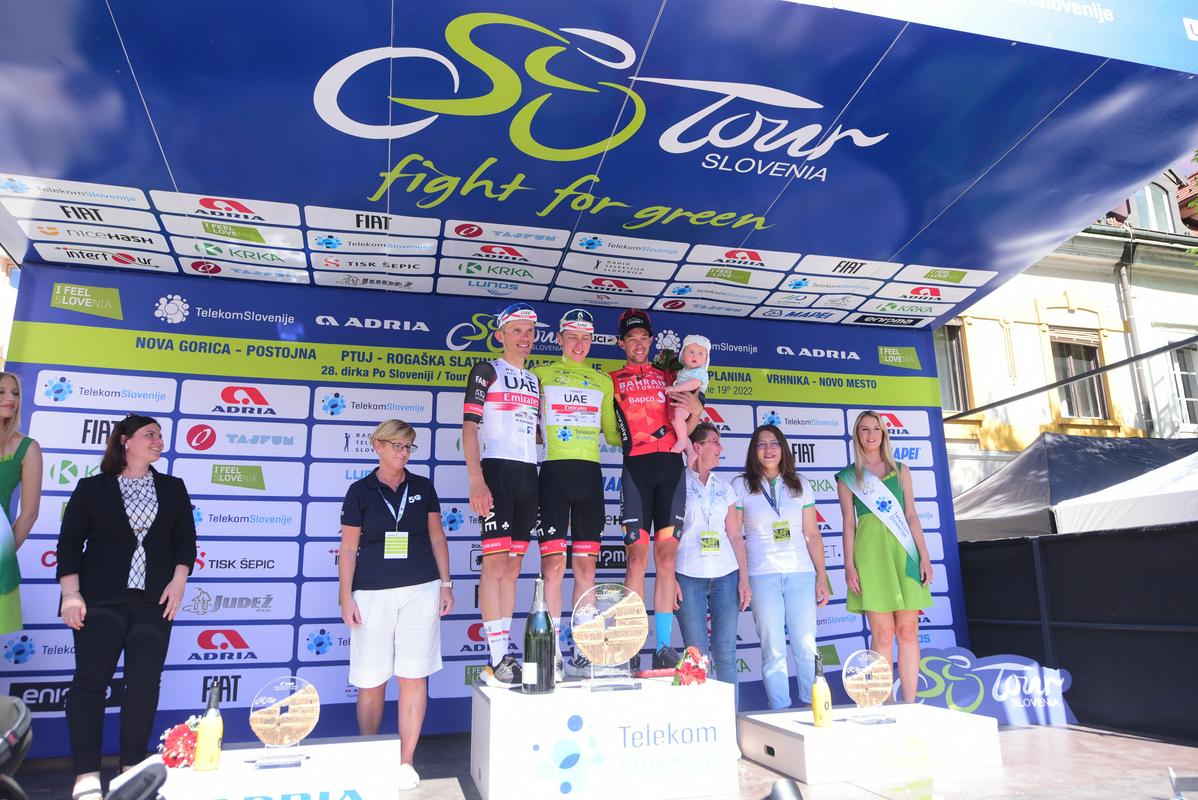 First the national championships, then on July 1 the start of the Tour de France

Tadej Pogačar remains the world’s leading cyclist, followed by Primož Roglič, and sixth is Matej Mohorič. With a total of third place in the Race of Slovenia, Domen Novak rose by as much as 705 places and is now eight, which contributes points for 2nd place in Slovenia.

The second biggest success of his career was brought to Domn Novak by his highest ranking in the UCI rankings, where he is now in 385th place with 176 points. He won more points than for the podium of the fight for the green (90) only in 2019, when he became the national champion in road driving in Radovljica.

He had third place in his head all the time

“Very pleased. I had third place in my head from the start. I knew I could be good for third place. As expected,” he said after the burning podium in Novo mesto Domen Novak, who cycled for the seventh time in the Tour of Slovenia. After winning the white T-shirt for the best young rider in 2015, when he was 16th overall, he has now achieved his best achievement.

Previously, in five years of cycling for the Bahrain team, he was only ranked in the overall standings in the Race of Croatia: in 2018 he was tenth and in 2019 fifth. Now, in his hometown of Novo mesto, he has stepped on the winning podium, where he was accompanied on the 28th Race across Slovenia by the overpowering Rafal Majka and the undisputed winner Tadej Pogačar.

He hoped for more support from the team

“It is an extraordinary feeling to be on stage with Pogačar and Majka. I am very satisfiedI’m not exactly super happy with the team performance. I was able to finish the first day with the leaders, and then I had to fight for seconds. The team decided that way, and I decided that way myself, “ said Novak, who had hoped for more help in defending his place on stage for the past two days. On the last day at Trška Gora, with the exceptional support of the fans, he managed to keep a 10-second advantage over the fourth Vincenzo Albanese.

“For the last three days, the fatigue has been escalating. I’m holding on until the state championships and then on a slightly longer break,” said a 26-year-old from Dolenje vas near Otočec, for whom the first half of the season is exhausting. After a great job at the Race in Italy, where he was also second in the royal 20th stage with a goal at Marmolada, Novak has 51 competition days behind him. Nevertheless, Bahrain Victorious is on the reserve list for the upcoming Tour de France.

“Sometimes it’s done so that you don’t even get a stage victory. We fought and tried every day, but unfortunately there were stages that weren’t exactly in our favor,” he said. is still about a failed hunt to Bahrainis came to a stage victory while their rivals emirates took away as many as four of the five stages, three T-shirts and the first two places.

Mohorič is defending his title on Sunday

With the Giro and the Slovenian Tour, Novak is among the top eight Slovenians whose UCI points are taken into account in the total for the national team. Slovenia remains in second place among the countries.

The majority of points are contributed by the first three Slovenian stars: the leaders Tadej Pogačarranked second Primož Roglič and sixth Matej Mohorič. The latter will defend the title of national champion in Maribor on Sunday, with the Bahrain Victorious team with four riders of the World Series in the role of favorites, as there will be no two leading riders in the world in the race.

Investigation of police colleagues who tried to help cover up the factsProsecutors in Memphis, Tennessee, have filed charges against five police officers for the...
Previous article
The longest day of the year brings a festival that connects cities around the world with music
Next article
Georgians call for EU membership: “Europe is our historic choice”