Raspadori sent the English to League B, Szalai shocked the Germans in Leipzig 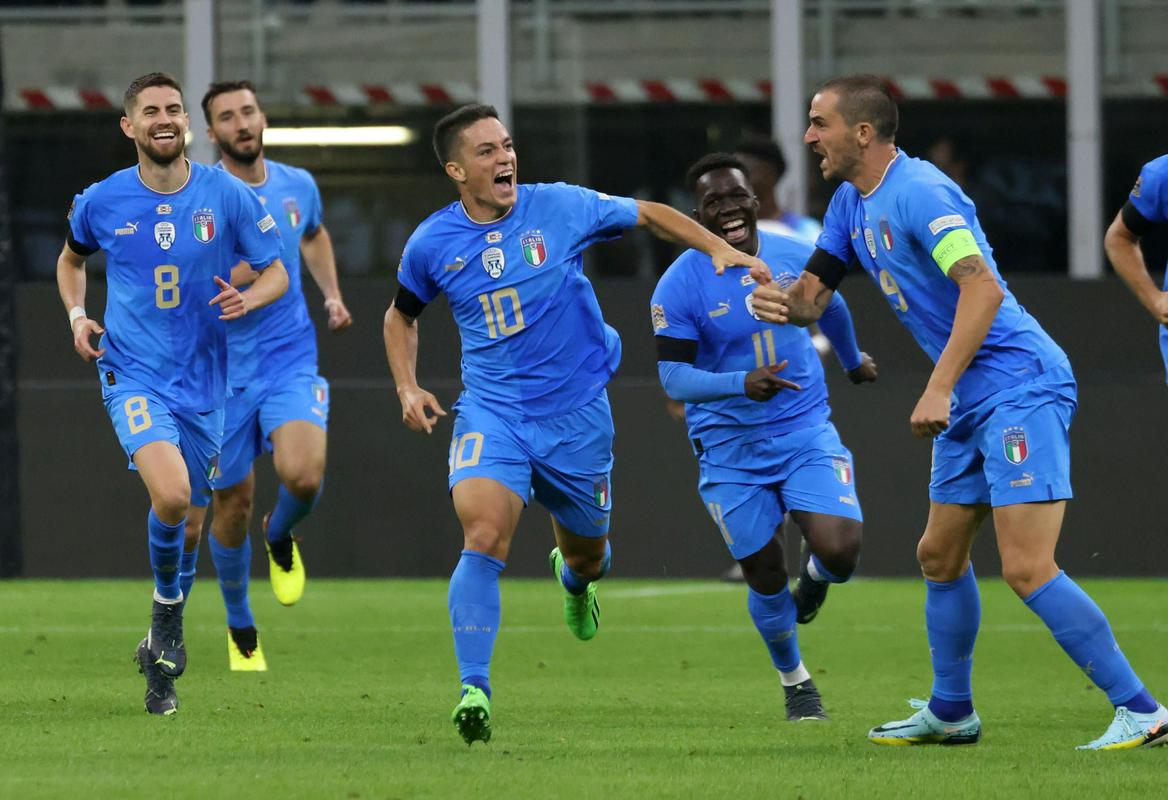 In a repeat of last year’s European Championship final, Italy beat England 1:0 in Milan. The decisive goal at San Siro was scored by Giacomo Raspadori in the middle of the second half. Hungary remains at the top, having surprisingly beaten Germany in Leipzig (0:1).

The English are still winless in this edition of the League of Nations with two draws and three defeats. That means they are an elusive four points behind third-placed Germany and move into League B.

In the 68th minute, Napoli player Raspadori curled the ball beautifully from 14 meters with his right foot after a pass from Leonardo Bonucci. The defender sent the ball through Kly Walker into the penalty area.

The English had their biggest chance in the 77th minute when Gianluigi Donnarumma made two saves from Harry Kane’s dangerous shot. The goalkeeper of Italy was also the hero of last year’s final of the European Championship, when they Azzurri celebrated at Wembley after the penalty shootout.

Italy is in second place with eight points, while Hungary is the leader with ten. In three days, the very leaders will fight for the final first place.

Adam Szalai, who played most of his career in the Bundesliga, scored the decisive goal at the Red Bull Arena in Leipzig. The Basel striker masterfully converted Dominik Szoboszlai’s pass from the corner with his fifth. He rattled the net brilliantly with his right foot after Thomas Müller had missed.

Ter Stegen prevented an even bigger defeatThe Germans slept through the first half, but then they stopped at the beginning of the second half. Goalkeeper Peter Gulacsi, who defends for Leipzig, has proven himself several times in his home stadium. Leroy Sane and Timo Werner failed to check him, and Joshua Kimmich hit the outside of the net.

In the 72nd minute, substitute Martin Adam escaped Niklas Süle, but Marc-Andre ter Stegen appeared. The Barcelona goalkeeper prevented a second goal from the Hungarians even five minutes before the end when he stopped a dangerous shot by Laszlo Kleinheisler. Even in the five minutes of the referee’s extra time, the Germans were unable to stop it, and Flick could only get angry on the bench. He still has a lot of work to do before the match, as Bayern’s players are in bad shape.

Bosnia and Herzegovina in league BIn Group 3 of League B, it is already clear that Bosnia and Herzegovina will play in League A in the future, after beating Montenegro 1:0. Ermedin Demirović scored the only goal of the match at the end of the first half. Finland and Romania drew 1-1 in the second leg, and the last round will decide who will be relegated to League C.

In League C and Group 4, promotion to the higher class was won by Georgia, which defeated second-placed North Macedonia with 2:0