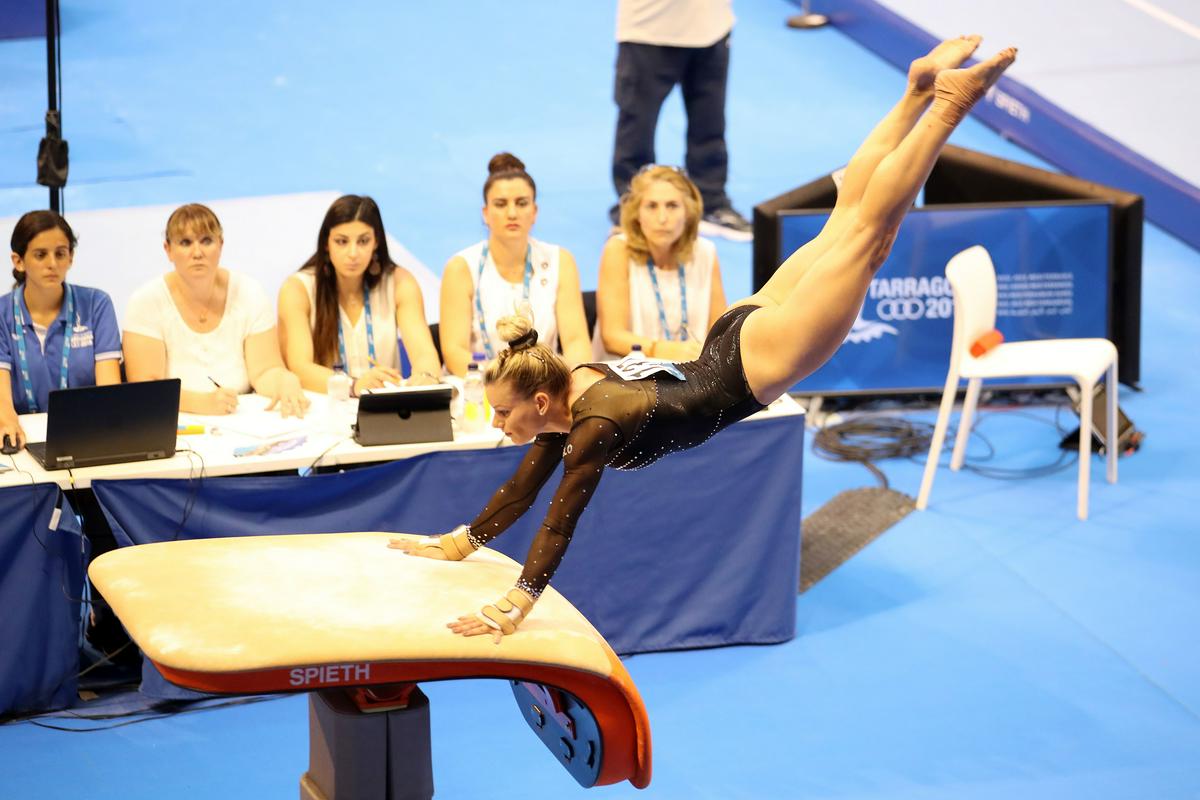 Gymnast Teja Belak jumped onto the podium again in the first competition after a break due to an unfortunate injury at the European Championships in August. At the world challenge in Sombotel, she won a silver medal on vault with a score of 13.216 points.

In Friday’s qualifications, she received a second grade for her performance on the vault, but she did not perform the first, more difficult vault, in which she was injured at the Old Continent Championship, with a turn.

In today’s final, however, she broke through the ice, did a more difficult version of the jump with a starting point of 15 points, but fell on landing.

She then made the second jump very nicely, and despite the fall in the first, the average of both was enough for second place and a new medal in the rich collection of more than 30 honors from the World Cups.

“After a bad fall at the European Championship, when I completely lost, I had big problems with the harder, first jump. I didn’t trust myself at all. I didn’t perform a turn in the jump qualification on Friday either. This time in the final, I overcame my fear and finally managed to jump, but I sat down when I landed. Nothing for that, already in the second game in Mersin my goal will be to stay on my feet,” Belak announced from Sombotel.

Despite falling after the match, the 28-year-old gymnast was happy that she had made the jump that she needed to. “The result is still nice. I’m glad I went to this match. It was necessary to break the ice once and now it will be easier for me already in Turkey next week. These two World Cups are just preparations for the World Cup in Liverpool anyway.”

American Addison won Fatta with a score of 13.366.

In addition to Belak, an 18-year-old also appeared in Sombotel in the members’ competition of the World Cup for the first time in his career Anže Hribar. The young gymnast took 14th place in Friday’s parterre qualifications.

Prediction of the opening matches of the round of 16 of this year's WC in QatarThe group stage of this year's World Cup is...
Previous article
Great Breton goal: Blackburn beat Millwall to move up in the championship
Next article
Scandal in Denmark: Forced contraception on Greenlandic Inuit