Lewandowski decided with the ninth goal of the season in Majorca 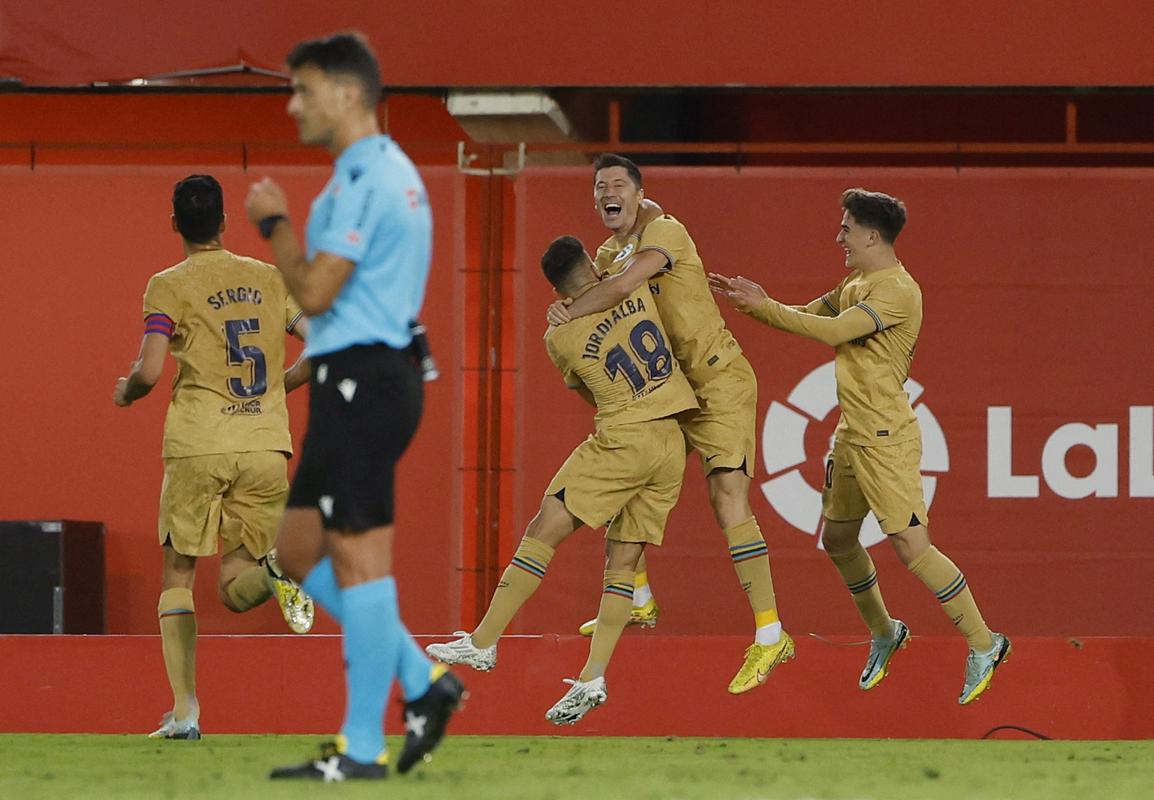 Atletico beat humble Sevilla away from home this year

In the 7th round of the Spanish championship, the players of Atletico Madrid defeated Sevilla 2:0 away from home and thus climbed to fifth place. Slovenian national team goalkeeper Jan Oblak saved all four shots that flew into the frame of his goal.

On the other hand, Sevilla is in a big crisis, as it remains with a single victory, and with five points, it is at the bottom of the league table.

Athletes took the lead in the 29th minute when Koke set up Marcos Llorente on the right side of the penalty area, who ran further to the right and scored with a diagonal shot. The red and whites put the finishing touches in the 57th minute, when they broke into a quick counterattack, Alvaro Morata masterfully undercut the ball from about 13 meters and sent it past Bono into the net.

Lewandowski secured another victory for BarcelonaIn the evening match, Mallorca lost against Barcelona with 0:1. Robert Lewandowski scored the only goal in the 20th minute. The Pole received a pass from Ansi Fati on the left side, outplayed the defender Martin Valjento and rattled the net with a powerful diagonal shot. This was already the ninth goal of the best scorer of the Spanish championship.

In the following, the Catalans did not shine, their thoughts were already on two key matches of the group stage of the Champions League against Inter (the first will be on Tuesday at 21:00 at San Siro).

Mallorca was very close to equalizing in the 37th minute. Antonio Sanchez broke through from the right and Jaume Costa had an effort from close range, but Marc-Andre ter Stegen was in the right place.

In the final minute, Pablo Maffeo scrambled the Barcelona defense but then missed the target and Xavi Hernandez was able to get a fair break ahead of a busy October schedule.

NFL Week 13 RecapThe Cincinnati football players defeated Kansas City 27:24 in the derby of the 13th week of the NFL League and consolidated...
Previous article
Catholic University asks fans not to participate in ‘Banderaso’: ‘I want this to calm down’
Next article
ColoColo vs Universidad Católica Suspended: Estadio Seguro Did Not Approve Monumental