Oliveira won for the second time this year, Quartararo far from the points 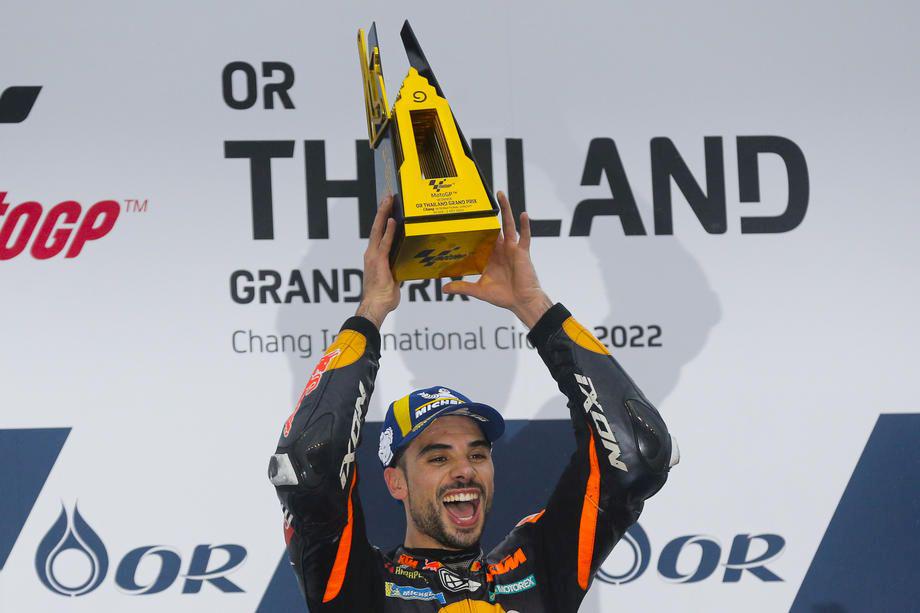 The race started with a delay due to heavy rain

Portuguese Miguel Oliveira is the winner of the MotoGP class race for the Thai Grand Prix. Second was Jack Miller, and third was Francesco Bagnaia, who was only two points closer to world championship season leader Fabio Quartararo.

Quartararo had a very poor race at the wet Buriram circuit, finishing only 17th. A place ahead of him was Marco Bezzecchi, who was the best in Saturday’s qualifying and had a good start today, but then a mistake took him away from the best.

Due to heavy monsoon rains, the Royal Class race started with an hour’s delay. The demanding conditions could have brought more drama, and there was no overtaking in the final lap.

Oliveira (KTM) celebrated his second win of the season after topping the Indonesian Grand Prix.

There are three races left until the end of the world championship season, and the fight for the championship, in which even the Spaniard Espargaro has not yet said his last, will obviously be very fierce.

Italian Dennis Foggia was the best in the Moto3 class.

The next race will be in Australia (Philipp Island) in two weeks.

Demonstrations recorded in more than a dozen Chinese cities over the weekend presented an unprecedented challenge...
Previous article
Famous national champions in wild water slalom
Next article
The US and Venezuela reached a prisoner exchange. The nephew of Madura’s wife was also released.