Not even a D from the derby, City two grades above United 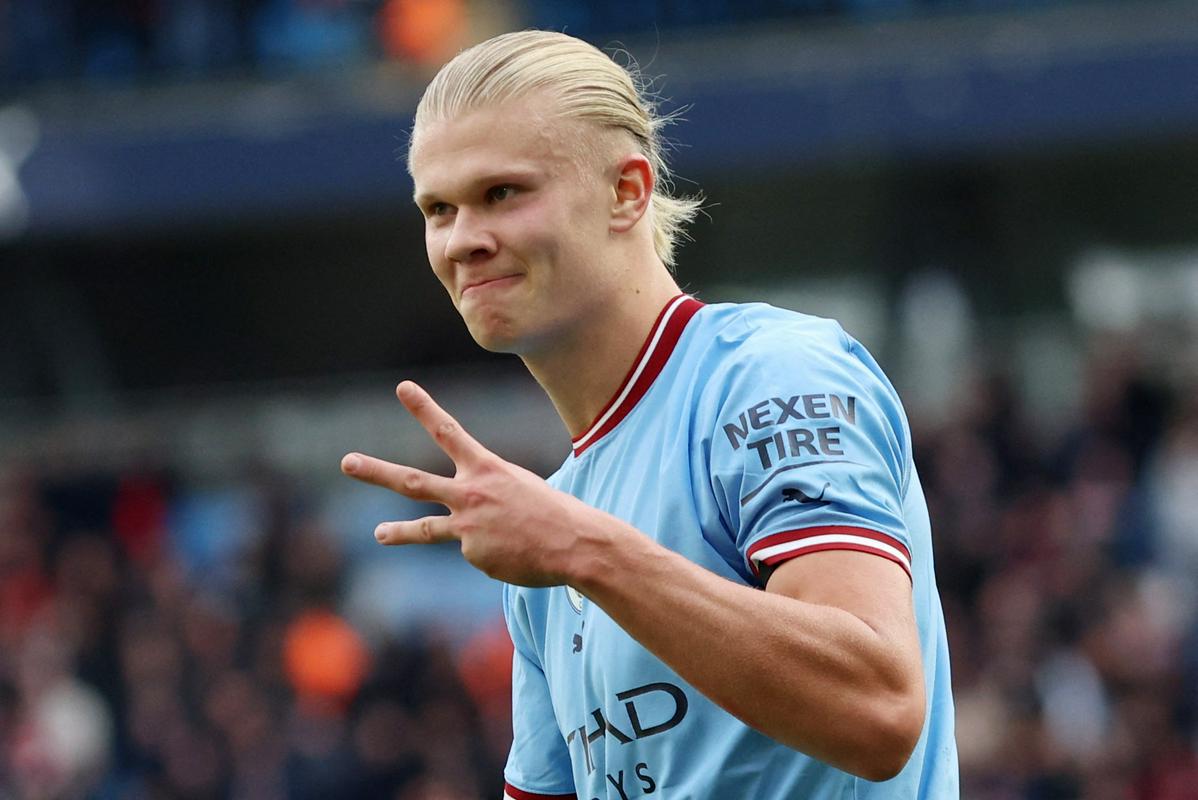 Both Haaland and Foden scored hat-tricks

An even city derby of the 9th round of the English football championship was expected at the Etihad, but Manchester City blew away city rivals United 6-3, the hosts led 4-0 after the first half and 6-1 shortly before the end.

The difference in goals even seems much smaller than what we saw on the pitch, because the Blues played with the once best team in the world and completely humiliated them. Home coach Pep Guardiola he jokingly said before the match that since Erling Haaland expect five goals, Norwegian otherwise he didn’t score as many goals, but he still made it to the top five, scoring three goals and collecting two more assists. Hut–trick his peer also rejoiced Phil Foden.

The first hit FodenThe hosts announced shooting practice in the 8th minute, when it was Foden started an attack on the right side, the ball went to the left, it was passed to the middle by Bernardo Silva, where at the right moment ran in right Foden and scored a nice goal.

Haaland scored first with a header…The hosts doubled their lead in the 34th minute, when after a corner pass in the visiting penalty area, Haaland was the highest and sent the ball towards the goal, Tyrell tried to clear it near the line Malaciabut the video showed that the ball had already crossed naked line.

… and three minutes later with a leftAs soon as the home fans stopped celebrating, they stood again for the Norwegian’s new masterpiece. He started the attack from the right side Kevin De Bruyne and sent a precise cross towards the left side, where Haaland ran, threw himself on the ground and scored with his left for 3:0 already!

Another goal from a quick counter attackRight before the end of the first half, it was already 4:0, the fourth goal was scored again in a quick counterattack. This time Haaland was on the left side, he managed a nice diagonal pass in front of the goal, where he is Foden scored his second goal.

Antony’s beauty goalMany United fans left the stadium before the break. Thus, at the beginning of the second half, they missed the most beautiful moment of their beloved, because he is a Brazilian Antony from about 23 meters scored a nice shot from close range goalposts. If someone might have quietly thought of a possible turnaround, they soon got proof that it wouldn’t be like that, as Haaland scored another goal from close range, this time from Sergio Gomez. He put the full stop to the attacking game Foden in the 72nd minute, when he completed the game himself hat–trick.

Martial just beautifully corrected the outcomeGuardiola then made as many as four changes at the same time, the tempo of the game visibly dropped. Red Devils are in the last ten minutes via Anthony Martial otherwise scored twice, but this was merely a cosmetic correction of a very bad impression.