Mušič was honored in Tivoli, and Magovac ensured the victory over Fehervar 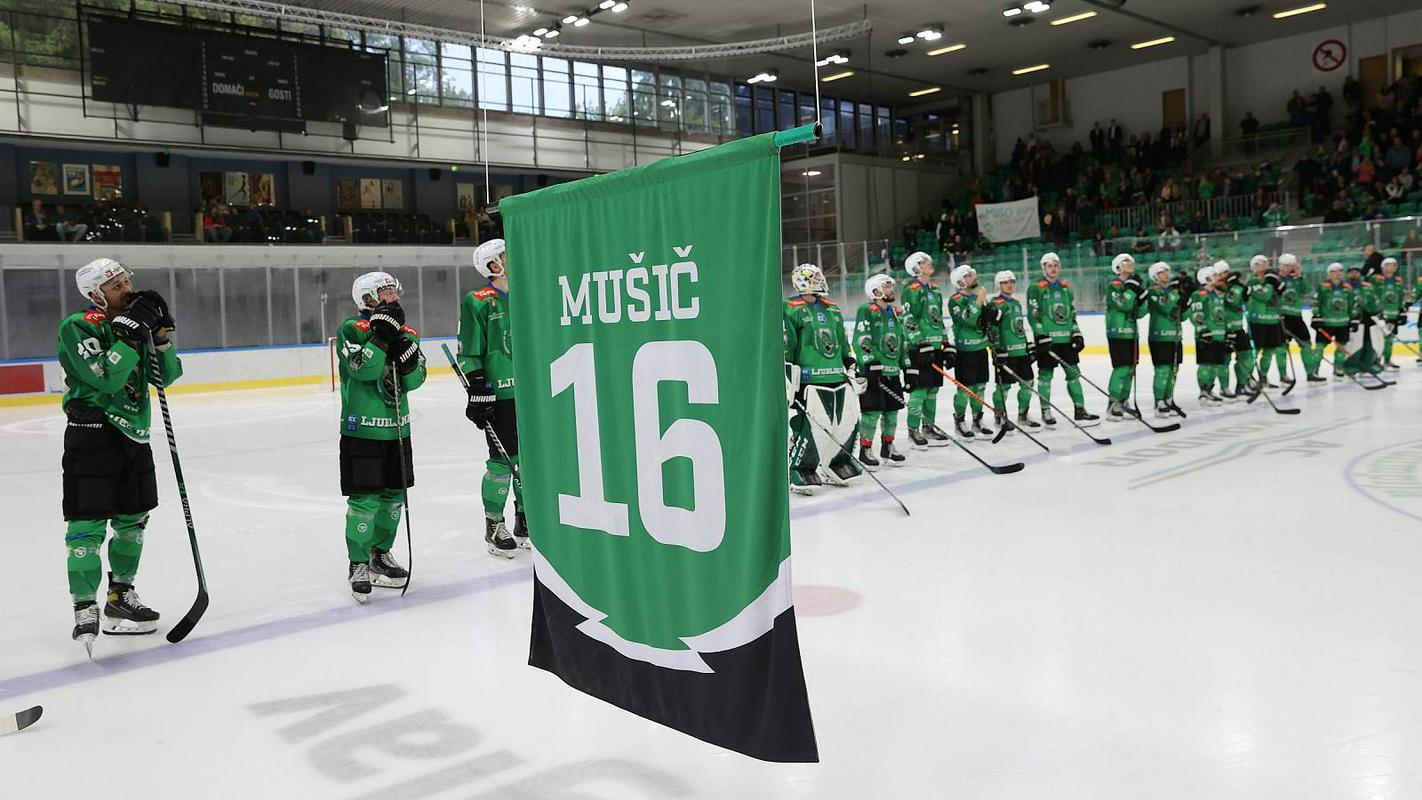 The hockey players of SŽ Olimpija won the match of the 6th round of the IceHL League. In the Tivoli Hall, where long-time captain Aleš Mušič was honored with a short ceremony before the match, they beat Fehervar 4:3 in extra time.

Even before the start of the match, they honored the long-time captain of Olimpija with a short ceremony Aleš Mušič, who decided to hang his skates on a peg. His jersey number was hung under the ceiling of the Tivoli Hall.

The Ljubljana hockey players then started the meeting under Rožnik perfectly, already in the 6th minute from close range after a pass by Chris Doder hit Nik Simšič. When he was sent off in the 17th minute for a foul (high stick). Anze Kuralt, offered the Dragons a power play, which they quickly took advantage of. After a quick series of passes, the last of which was contributed by Simšič, he scored in full Rok Kapel for 2:0.

But the advantage of the Ljubljana collective quickly melted away in the second third. What’s more, the Hungarians even took the lead. First, in the 2nd minute of the resumption, he halved the deficit from close range Natan Vertesa few minutes later he equalized from distance on the right Henrik Nilsson. Gatekeeper Anthony Morronewho made as many as 48 saves in the previous round in an exceptional match against Vienna, had to get the puck into his own net for the third time in the 38th minute, when after a quick pass Istvan Terbocs from about five meters away István Bartalis.

In the last third, the people of Ljubljana searched for an equalizing goal for a long time, but Simšič managed to force extra time, who after the action of Kapela and Doder, the visiting goalkeeper Dominik Horvath beat with a shot slightly from the right side. He ensured that the victory stayed at home in the second minute of overtime Aleksandar Magovac. He took advantage of the power play after being sent off for a stick hold Alexander Petan.

Šivica is happy to return in the last third“I expected an even more aggressive Fehervar. In the first period, we played very well, the puck circulated quickly. We finally scored with a man advantage. I’ve been talking about weed for a while and we saw it again in the second period. We dropped a lot, they quickly reduced and then scored twice more. I’m very happy that we got another run in the last period when we forced extra time. I knew we were going to get extra time, because you could feel that real energy,” said coach Mitja Šivic.

Previous article
O’Higgins tied with Ñublense, a huge boon for Colo Colo: Chillanejos walks away from the top
Next article
All or nothing: Sporting Concepcion and Rodelindo de Vidal define who descends into the second division