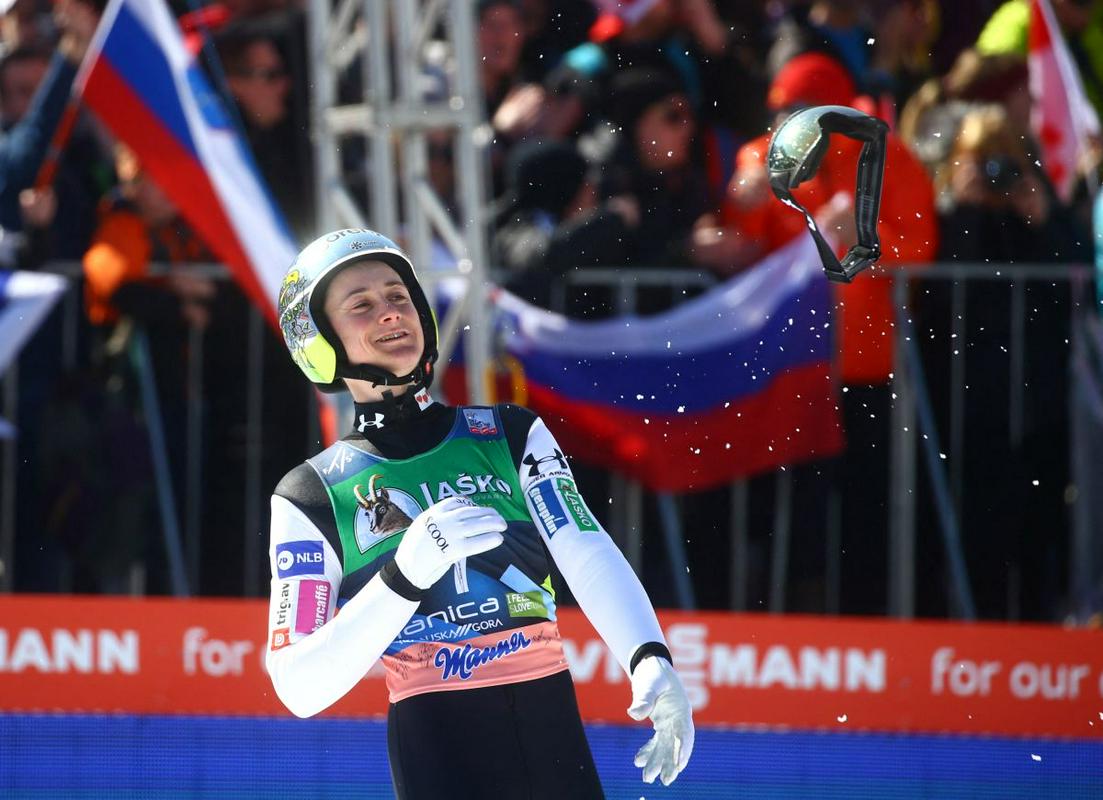 The best season of his career is behind him

Jumper Cena Prevc surprisingly announced his retirement from competition at the presentation of the Slovenian ski national team in Planica. He plans only one last flight as a preliminary jumper at the end of the season in Planica.

26-year-old Cene Prevc decided that he would rather devote himself to his studies. He did not jump in Grand Prix or Continental Cup competitions during the summer. He hasn’t closed the door definitively yet, but in all probability we won’t see him in competitive jumping again.

“I’ve come to a point where other things in my life are more of a challenge. Primarily this is to complete the two schools I have open. These are the Faculty of Electrical Engineering and the College of Rural and Landscape Management in Strahinj, in short for a farmer,” added Cene Prevc in his own style.

“It will probably take me two years to complete the schools alone. But when that’s over, there’s still a ton of stuff I can find myself in. There are a lot of paths, I keep everything open, but sometimes I have to be careful not to say yes to everything at the same time, because I can’t be at three ends at the same time,” said Cene Prevc.

The union left the door open, but he didn’t change his mind

There were rumors about his retirement already in the spring, but now he has finally decided to prioritize his education. He no longer went to training, but still took fourth place at the summer national championship.

“After the end of the season, I concluded with myself that I had fulfilled most of my goals in jumping, so I started other things in my life. As a result, I didn’t train all summer. The association has suggested or left the door open to me if I change my mind at any time, but whatever my inner state and happiness is, and if it remains like this for the next six months, the only plan is to officially end my career at the final of the World Cup with the last jump,” said the middle Prevc brother.

The decision was made clearer after some successful flights at the end of the season, he says. “Vikersund and Planica gave me a lot of inner satisfaction, because I finally managed to get myself to the level where it carried me far. Personally, I still had a lot of reservations about my performance goals, but improving myself is much more important to me than the results on paper. Personally, I managed to get quite far.“

Cene Prevc was a member of the silver Slovenian national team at this year’s Olympic Games in Beijing. He achieved his greatest success in the World Cup in January in Willingen, where he was third. These are also his only individual podiums in the World Cup. This year in Planica, he flew 246 meters.

“These thoughts have been in the background for the last six years. But every time after the end there was also the fact that I had not said the last thing and that I wanted to do more. The last two seasons there was really more of it, and through the last winter the satisfaction with grew with each success, and the thought of the end was only confirmed by this,” admitted the junior world champion from the team match nine years ago in Liberec.

“I’m not as professional as some comrades”

“I have fulfilled my personal challenges. Jumping is a great joy for me, but I must admit that I am not as professional an athlete as some of my comrades, for whom this is a life mantra and will do it at the highest level as long as their bodies allow it. I’m simply interested in too many things to invest so many years only in professional sports. At this level it takes you 365 days a year,” he continued and finally hinted that even the brothers Peter and Domen did not know his final decision.

“I have to excuse myself, because I could have told them more directly earlier. The two of them probably don’t even know yet what will happen to me. Honestly, I couldn’t even tell them 100 percent. Whatever the decision is, I know you will be happy to accept it and support me in it. This has become a matter of course for us,Cene Prevc added at the end.

GZS is moving forward with a new management teamAt 33.9 points, the index of purchasing managers in Slovenian manufacturing companies is well below the...
Previous article
They investigate breach of Colombian military by same hackers who leaked information in Chile
Next article
Juno probe takes first photos flying over ‘Europa’: Jupiter’s moons that may contain life