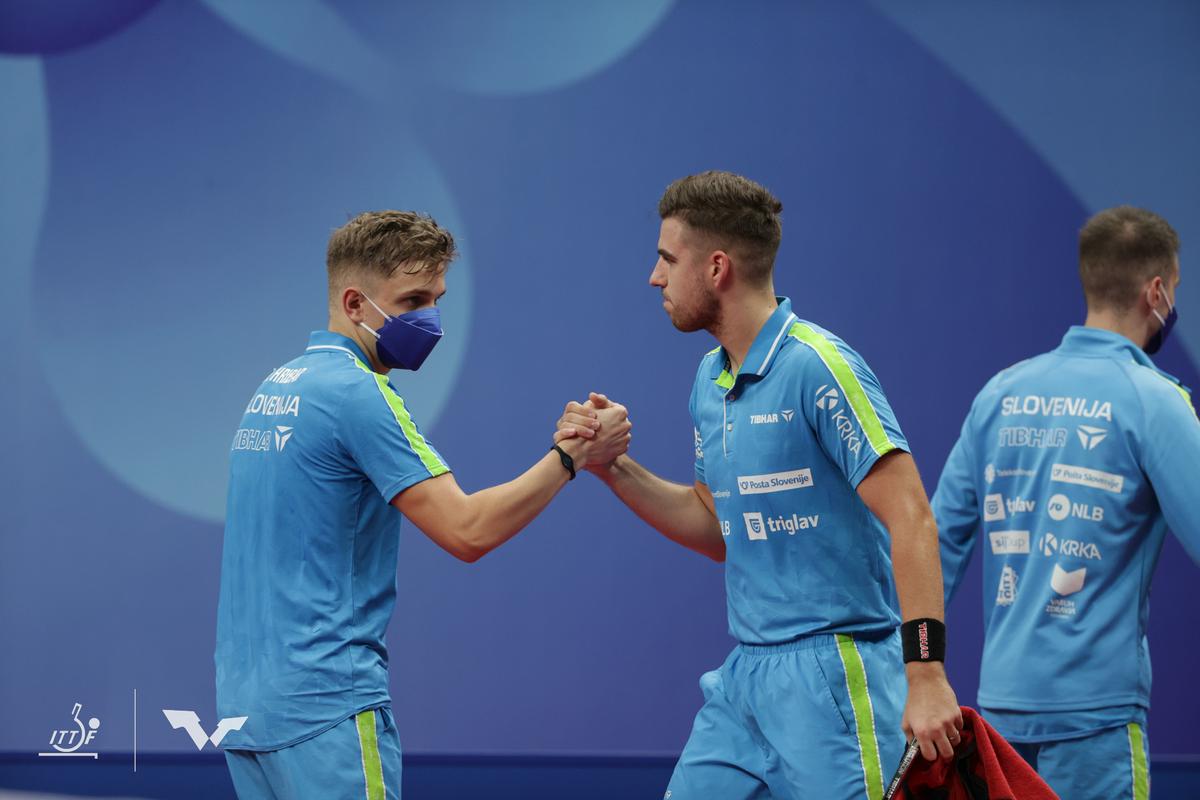 Waiting for the opponent in the round of 16

In the decisive match for the 2nd place in Group 1, Slovenia defeated the USA with 3:0, which was ensured by Darko Jorgić, Deni Kožul and Peter Hribar. Now the Slovenian table tennis players will face the Portuguese in the 1/8 finals at the World Team Championship in Chengdu.

They will compete early Thursday morning to break through to the top eight teams in the world. Portugal won their group, which also included Brazil, Denmark and Slovakia.

Both Slovenia and the USA had two wins and a loss against China before their match. The best Slovenian actor Darko Jorgić he did not have too difficult a job in the first singles match. He defeated Mishel Levinski 3:0 (7, 6, 4), but it was more or less clear that Slovenia would win the match after the showdown between Deni Kožul and Jishan Liang.

The first place in group A was won by China, which was better than Thailand with 3:0, Slovenia was second, the USA was third, Panama was fourth and Thailand was fifth.

“The most important thing is the final victory and it doesn’t matter how we got there. I opened the match well myself and I’m happy with my game, while Deni made too many easy mistakes in the first two sets, but that didn’t stop him. When he rallied, played point by point, fought for every point and it brought him the victory. We knew that Petra was going to have a tough match, especially because he is usually under stress when playing important matches. But in the end he was able to pressure and brought a point to the final victory that we all believed in.” Jorgić rejoiced at Slovenia’s first place in the round of 16.

Portugal beat Slovakia 3-1 and Brazil 3-2 to top their group, and were beaten 3-1 by Denmark in the final round, which was Denmark’s only win. Along with the Portuguese, the Brazilians also qualified for the round of 16.

If Slovenia beats Portugal, it will play the better team from the match between Japan and Brazil in the quarter-finals. The other pairs of the round of 16 are China – India, Belgium – Sweden, South Korea – Japan, Hong Kong – Egypt, Croatia – Germany and England – France.

Shock of the night: first Phoenix lost to last HoustonBoston entered the game with Miami riding a 10-game winning streak at TD Garden, and...
Previous article
North Korea tones up military drills with missiles ahead of possible nuclear test
Next article
By the end of 2024, a single charger for all portable electronic devices