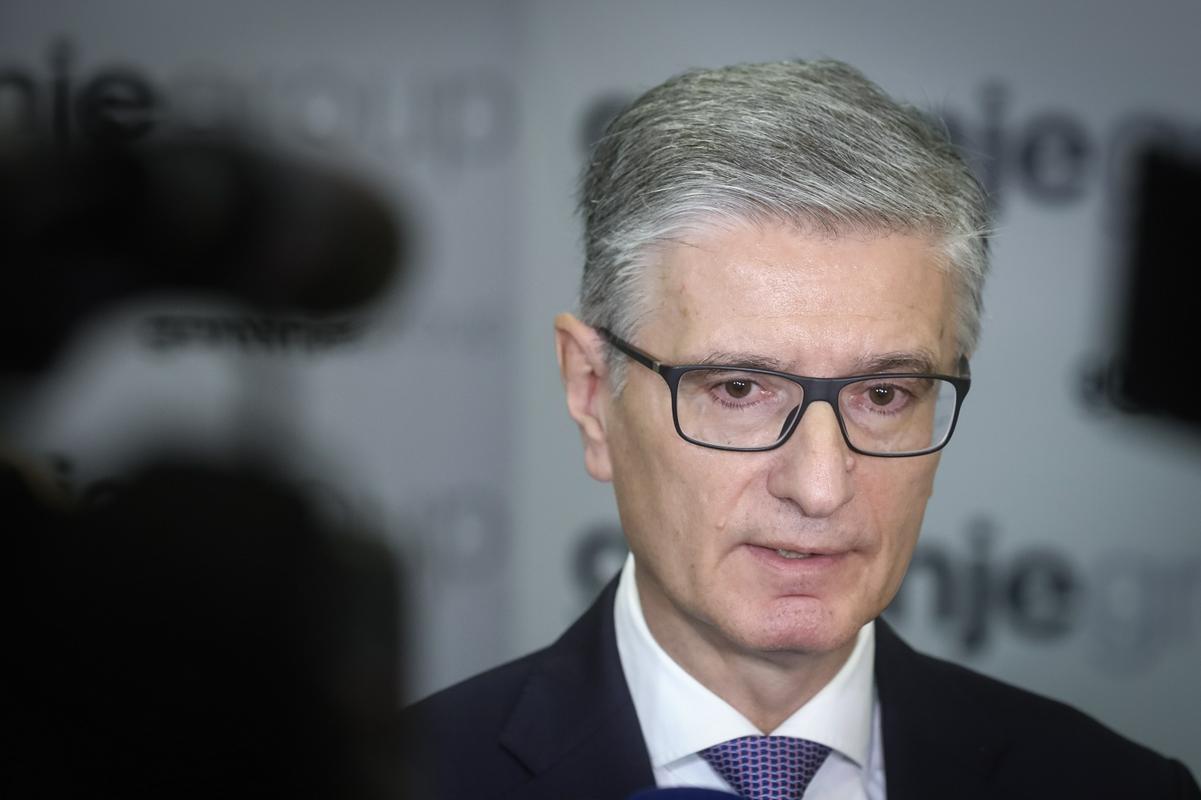 At the presentation of his candidacy and colleagues in Ljubljana, he emphasized that for him, the key element that makes him believe in success is his team’s ability to connect, cooperate and dialogue.

“Our slogan is ‘Sports deserve more’. I believe in the team. An individual can win the race, but the championship – and the new mandate is a kind of championship – only the team,” said Bobinac.

He summarized the presentation in six key points that will guide his candidacy. He emphasized the efforts to double public funds for sports (to 52 million euros per year), the establishment of a solidarity fund, especially for smaller associations, which in the current situation are only surviving, promoting the movement, sports and a healthy lifestyle (and more sports in schools).

As well as the importance of better cooperation between sport, economy and politics, greater visibility Slovenian sports in international organizations, including the International Olympic Committee, and as a result the inclusion of more Slovenian athletes in the operation of these federations, as well as the inclusion of athletes in the operation of the domestic umbrella organization and care for them after their careers are over.

“I look at this team with pride because it is top-notch. If we know anything, we know how to find solutions and achieve these goals. There are many presidents of associations in the team who give to sport, but do not take from it. We also have top athletes who are educated and they want to work in sports,” Bobinac explained the main advantage of his candidacy.

Ropret: We have to listen to the athletes

“You need to have a certain amount of courage and be bold. And also be able to listen and be heard. There is not enough of that in OKS. To make concrete decisions, we need to listen to the athletes and have enough information. Provide the right conditions for the athletes at the level of the federation and there is something at the OKS level completely another. We have the conditions for this in Slovenia, we just need to be properly organized,” said Ropret, emphasizing that, in his opinion, there has been insufficient cooperation between sports for all and elite sports at OKS in recent years.

“As a smaller federation, we have completely different problems than big ones. We have results at the top world level, but we are invisible. Those of us who lead these federations have so many roles and we would really benefit from a single office for help. Thus, OKS would help a lot to small associations. Sport must not only be a top sport, but also an element of health.” Polona Rifelj stated the problems of the Equestrian Association as a representative of one of the smaller members of the OKS.

“We must be aware that sport is one of the fastest growing economic sectors and be aware ours advantages and links with tourism. The right connection between sport, economy and politics is missing. I stand behind the fact that Franjo is the one who can connect Slovenian sports with knowledge and managerial ones skills,” said Smrekar about Bobinac.

The electoral assembly of OKS will be held on December 16, and so far, in addition to Bobinac, two other candidates have announced their candidacy for the presidency Thomas Barada and Janez Sodržnik.

SMS messages were initially limited to 160 characters30 years ago today, 22-year-old British computer engineer Neil Papworth sent the first text message. "Merry...
Previous article
Due to energy costs, Hungarian theaters close their doors or at least turn off the lights during the winter
Next article
Austral Patagonia Running Festival: Appointment in Torres del Paine sets the stage with the presence of amazing women