Inter beat Barcelona, ​​defeat of Atletico in Belgium, six of Napoli in Amsterdam 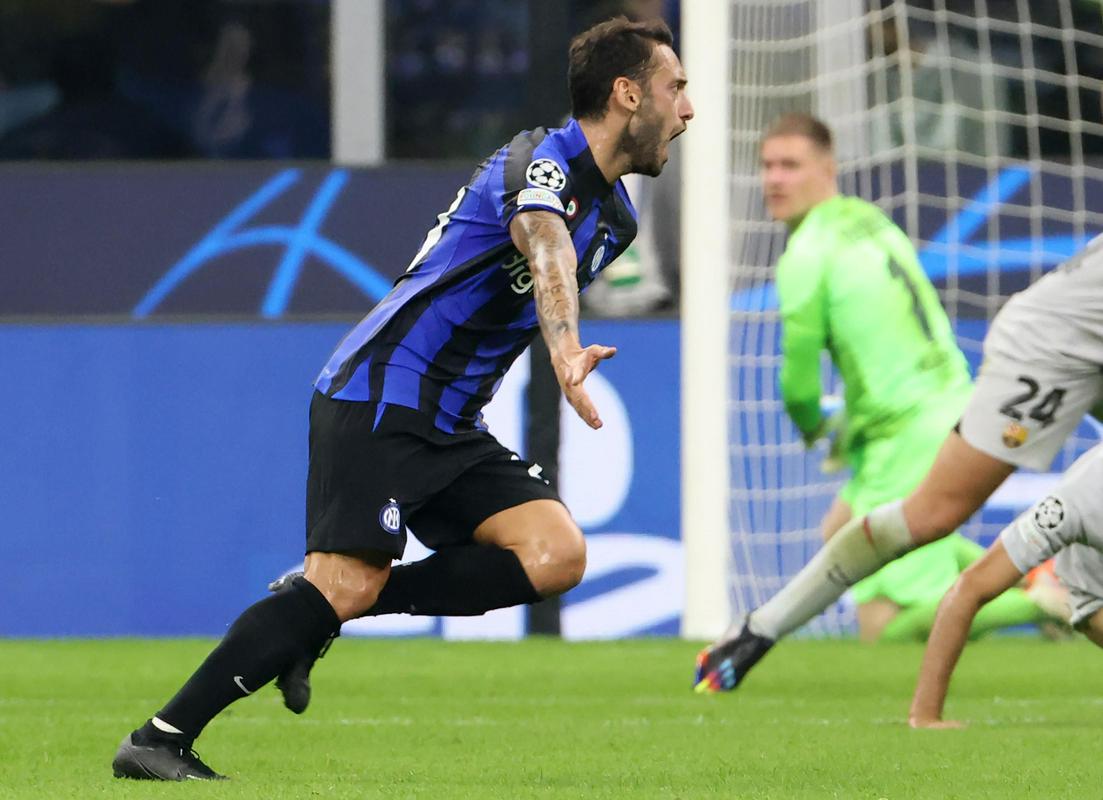 Inter got the better of Barcelona 1-0 in the 3rd round of the Champions League, handing them their second successive away defeat in the competition after Bayern. The Bavarians beat Viktoria Plzen 5-0 and won for the third time without conceding a goal.

At the San Siro, he hit the net in the second minute of stoppage time in the first half Hakan Calhanoglu. The Turk, who closed at the beginning of the match, accurately measured from about 20 meters after the counterattack. He shot on the ground near the right post of Barca goalkeeper Marc-Andre ter Stegen.

The Catalans had much more time with the ball (33:67 percent), but they did not create a real opportunity in the opening 45 minutes. to Robert Lewandowski he didn’t let Stefan de Vrij breathe.

In the second half, the guests pressed even more. In the 61st minute, they hit the post (Ousmane Dembele) and six minutes later they scored a goal through Pedri, but the Slovenian referee Slavko Vinčić canceled with the help of VAR. After Dembele’s breakthrough and cross from the right, the home goalkeeper Andre Onana was too short before Pedri sent the ball into the net, but according to Vinčić, it hit Ansu Fati’s hand.

In the first half, Inter striker Joaquin Correa’s goal was also disallowed due to an offside position.

Black and blue, who are only in ninth place in the Italian championship after four defeats, withstood all the attacks of the leading La Liga team in the playoffs and, without the injured Romelu Lukaku and Marcelo Brozović, looked forward to a great victory. VAR helped them once more when he ruled that substitute Denzel Dumfries had not played with his hand in the penalty area.

They last beat Barcelona in April 2010 in the first leg of the semi-final (3:1) and then also won the title of European champion. The two teams will meet again next Wednesday at the Camp Nou.

Jan Oblak played Atletico Madrid away to Group B leader Club Brugge and lost 2-0. Brugge, like Bayern, have yet to concede a point or concede a goal. With 9 points, it is at the top of the table, followed by Bayer Leverkusen, Atletico and Porto with 3 points each.

Handanović (Inter) was on the bench.

The match was delayed by 20 minutes due to the late arrival of Sporting’s bus to the stadium due to traffic congestion.

NFL Week 13 RecapThe Cincinnati football players defeated Kansas City 27:24 in the derby of the 13th week of the NFL League and consolidated...
Previous article
Andraž Jakelj is the new general director of the Oncology Institute
Next article
The term of office of the current members of the expert commissions expires and the self-employed commission is abolished