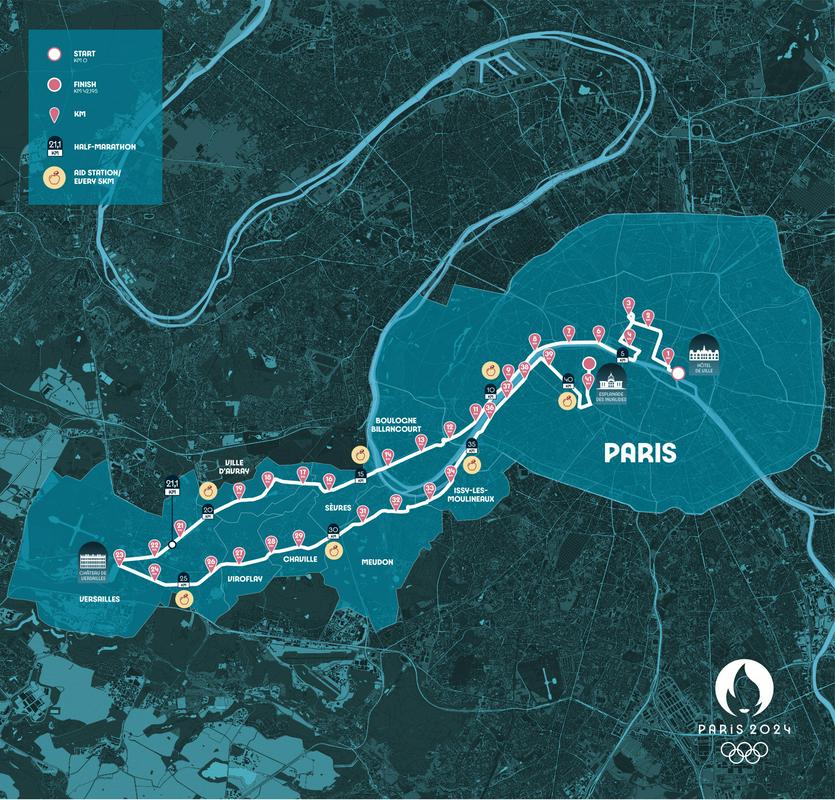 Organizers of the 2024 Paris Olympics have unveiled a marathon route that will wind past many Parisian landmarks, following the path of the famous Women’s March on Versailles on October 5, 1789, during the French Revolution.

The marathon of next summer’s games will start and finish in the center of Paris after the runners make their way to the Palace of Versailles and back. It will run from the city hall past the opera house and the Louvre, along the right bank of the Seine to the famous royal residence, which is located 20 km outside the center of the French capital. After the U-turn, it will return to the city center along the left bank of the Seine to the Eiffel Tower and finish in front of Les Invalides.

The marathon will thus take place along the lines of the women’s march to Versailles, when an angry and hungry crowd came from Paris to the palace on October 5 and, after a bloody incident, achieved that King Louis XVI. moved to Paris with the whole family. A turning point in the revolutionary year 1789, after which the king had to give up absolutist power and submit to the political will of the national and later legislative assembly.

Unlike traditional marathons, the Paris Olympic Marathon will be tougher with two significant climbs at the 20th and 27th kilometers of the 42-km course. The maximum slope will reach 13.5 percent, and the highest point is 183 meters high. Contrary to tradition, the last event of Paris 2024 on Sunday, August 11, will be the women’s and not the men’s marathon.

Prediction of the opening matches of the round of 16 of this year's WC in QatarThe group stage of this year's World Cup is...
Previous article
Alec Baldwin to settle with Halyne Hutchins family
Next article
Daniel Barenboim is stepping down from the conductor’s podium for health reasons