Salzburg after the victory over Dinamo at the top of the table, Chelsea beat Milan 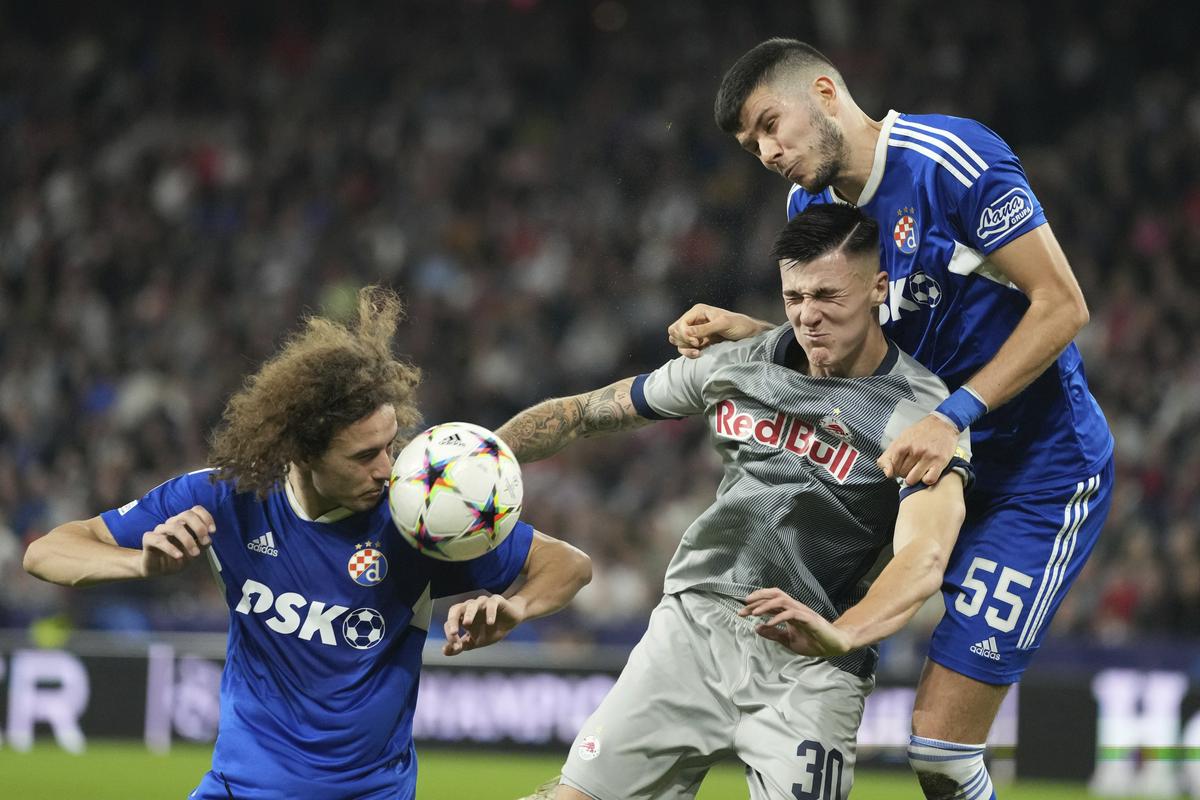 After two brilliant performances in the national team shirt, Benjamin Šeško proved himself again on the European stage. He did not score in the 3rd round of the Champions League, but Salzburg enjoyed an important victory over Dinamo Zagreb with 1:0.

The only scorer was a Swiss in the 71st minute from the penalty spot Noah Okafor. Andreas Ulmer was fouled by Sadegh Moharrami.

Dinamo came closest to equalizing in the 93rd minute when there was a goal Josip Drmić invalidated due to prohibited position. Drmić also had a good chance ten minutes earlier, when he found himself in a favorable position after a mistake by defender Strahinje Pavlović, but Philipp Köhn saved his shot. Next Tuesday, the two teams will compete in Maksimir.

In the first half, Salzburg spent more time attacking, but Dinamo created better chances. After the break, he also threatened Šeška. In the 55th minute, the 19-year-old Radečan jumped high after a pass from the corner and shot a header from close range, but only hit the face Dominik Livaković. The visiting goalkeeper also stopped Šešek’s shot in stoppage time.

The Austrian champions moved to the first place in the group E standings, they have five points. In the 1st round, they drew 1:1 at home with Milan, and in the 2nd they drew with the same result in London at Chelsea. After the opening victory over the Londoners (1:0), Dinamo experienced their second consecutive defeat away from home and remain at three points.

In the other match in Group E, Chelsea thrashed Milan 3-0 to overtake them in second place, both with four points so far.

Blue already at the start of the match at Stamford Bridge, they had three chances (Thiago Silva was close twice with a header after a corner kick), and in the 24th minute, after another attempt by the Brazilian with a header and a deflected ball, goalkeeper Cipriano Tatarusanu scored Wesley Fofana. In the second half, they shook the net again Pierre-Emerick Aubameyang and Reece James. He was also the passer for the second goal in the 56th minute, and Raheem Sterling assisted for the third six minutes later. Red-black they did not recover from the big deficit and did not seriously threaten the home goal.

The fight for the first two places leading to the round of 16 will be very interesting.

In the derby between the leaders of Group H in Lisbon, Benfica and Paris SG parted with a 1:1 draw. In the 22nd minute, after a pass from Neymar, he took care of the lead with a nice curved shot from the edge of the penalty area Lionel Messi. The home team evened the scores with an own goal by the midfielder Danilo Pereira in the 42nd minute. The ball eluded him when Benfica striker Goncalo Ramos wanted to head in after Enzo Fernandez’s cross.

In the 49th minute, Neymar shook the frame of the goal with scissors, and after his free shot from a distance, the goalkeeper Odysseas Vlachodimos showed himself. Fabian Ruiz came close to scoring the winner for PSG in the third minute of added time when he fired a half-volley just wide of the bar.

PSG and Benfica each have seven points, while Juventus, which beat Maccabi Haifa 3-1, has three.

Moscow: The Union is thereby endangering its energy securityEU members have agreed on the introduction of a price cap for the oil that Russia...
Previous article
‘Most Influential Rock Band’: Viña 2023’s Mistake in Recognizing Camilo as a Guest Artist
Next article
Alec Baldwin to settle with Halyne Hutchins family