Zug too fast for the people of Ljubljana, Čimžar scored an honorable goal 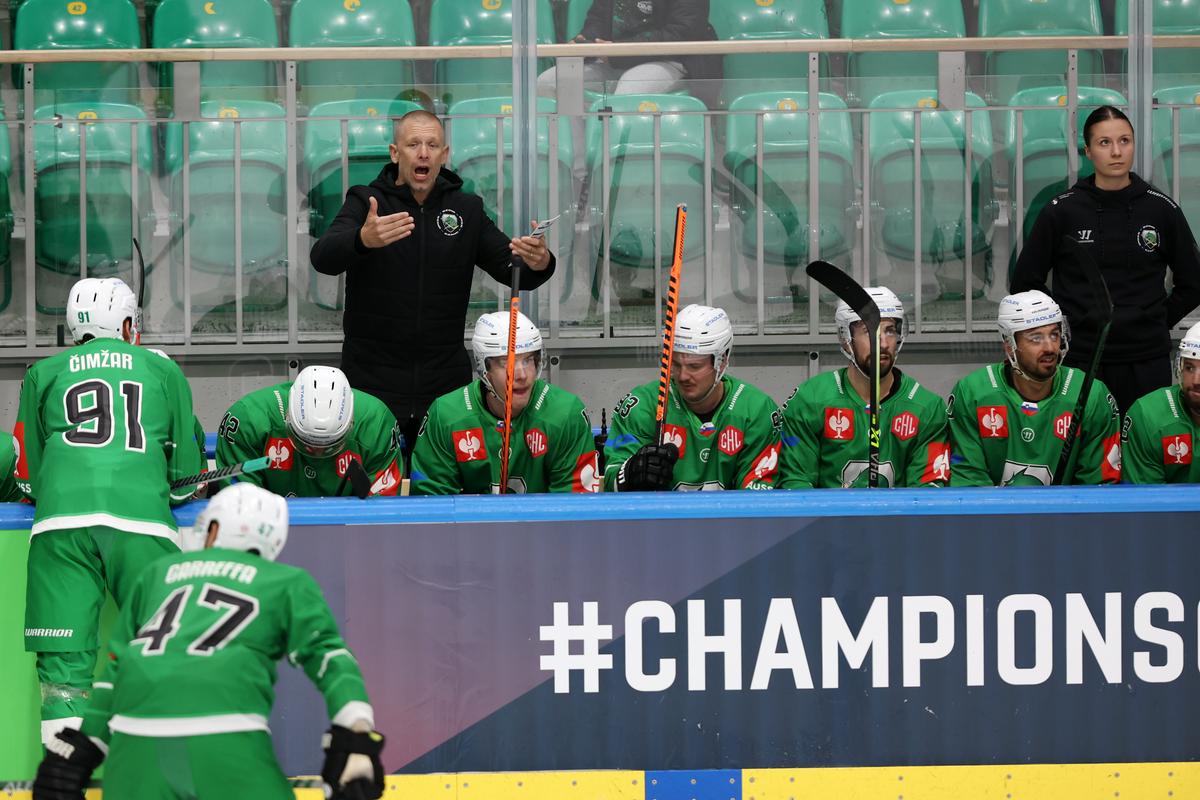 Šivic: Tivoli has never hosted such fast hockey in its entire history

The Hockey Champions League is saying goodbye to Ljubljana for this year: SŽ Olimpija lost 1:3 against Zug in the 5th round. The leading team of Group B cashed in on top moves by individuals, and in the last third, Tadej Čimžar rewarded the efforts of the dragons with an honorable goal.

After three victories in the IceHL League, coach Mitja Šivbic had quite a few problems with the composition of the staff. Especially in the defensive positions, injuries decimated the team. Brothers Čepon and Joona Erving were missing. The opportunity was given to 17-year-olds Urban Podrekar and Tian Hebar, who made good use of it.

The Swiss are very efficientIt is in the 8th minute after the initial equal game Dario Simion slalomed past three Ljubljana players from the right side in front of the goal and checked Žan Us for the lead of Zug. At the end of the opening period, the Swiss doubled their lead, after only 39 seconds before the end of the first 20 minutes, the American showed his mastery in solo penetration Brian O’Neill.

The two-time USA Olympian extended Zug’s lead to 3-0 midway through the game when he snuck in a pass from Lino Martschini to the left of Uso’s post. Before that, Olimpija had an advantage of two more players for 38 seconds, which they were unable to take advantage of.

Čimžar scored after a pass from the captain

They are at the beginning of the last third dragons pressed, especially when Martschini was sent off, but Tadej Čimžar and Rok Kapel wasted the best chance for a home goal.

In the middle of the third period, the efforts of Mitje Šivica’s wards only paid off. Zug defender Livio Stadler got into trouble behind his own goal, captain Žiga Pance quickly sent the stolen puck in front of the goal, where he Tadej Chimžar diverted into the visitors’ net for 1:3.

Šivic: Tivoli has never hosted such fast hockey in its entire history“They were good, as they can be, we were good too. I think that Tivoli, although I may be a little euphoric, has never hosted such fast hockey in its entire history. Boys can be very proud. Against such speed and quality, to keep concentration for 60 minutes and fight like they fought. We didn’t just fight, we also played a lot of things with quality. When we suffered, we knew how to stand together. Guys can be super happy, great night with fantastic hockey,” despite the defeat, Šivic was in good spirits, who had already turned his thoughts to two consecutive away games in the IceHL League, on Friday in Feldkrich against Vorarlberg, and on Saturday in Innsbruck.

The only scorer for the Dragons, Čimžar, added: “Zug is a really quality team with exceptional individuals. You don’t play against players like that every day, and fans don’t see hockey like that every day. Today we were more relaxed than in the previous matches, we couldn’t lose anything, but in the end it was still the quality that prevailed. In the second third, we suffered the most, we couldn’t make substitutions a few times because they were applying such pressure. But otherwise it was a very ‘fair’ match. It is also a reward for all the effort, as most of the boys in the team have not yet tasted the Champions League. Maybe it can only be once in a lifetime.”

After five defeats with a goal difference of 7:21, SŽ Olimpija is in last place in Group B, while Zug has already won first place with five wins and a goal difference of 22:7 and will thus have a good starting point for the elimination fights of the best 16 clubs in Europe in the 2022/23 season.

Blue and white from the richest Swiss canton are two-time consecutive NLA champions and permanent participants in the Champions League, where they have reached the quarter-finals the longest so far.

With a visit to Zug, Olimpija will conclude its first appearance in the hockey Champions League in a week.