Jezovšek decided in Podmežakla with two goals and an assist 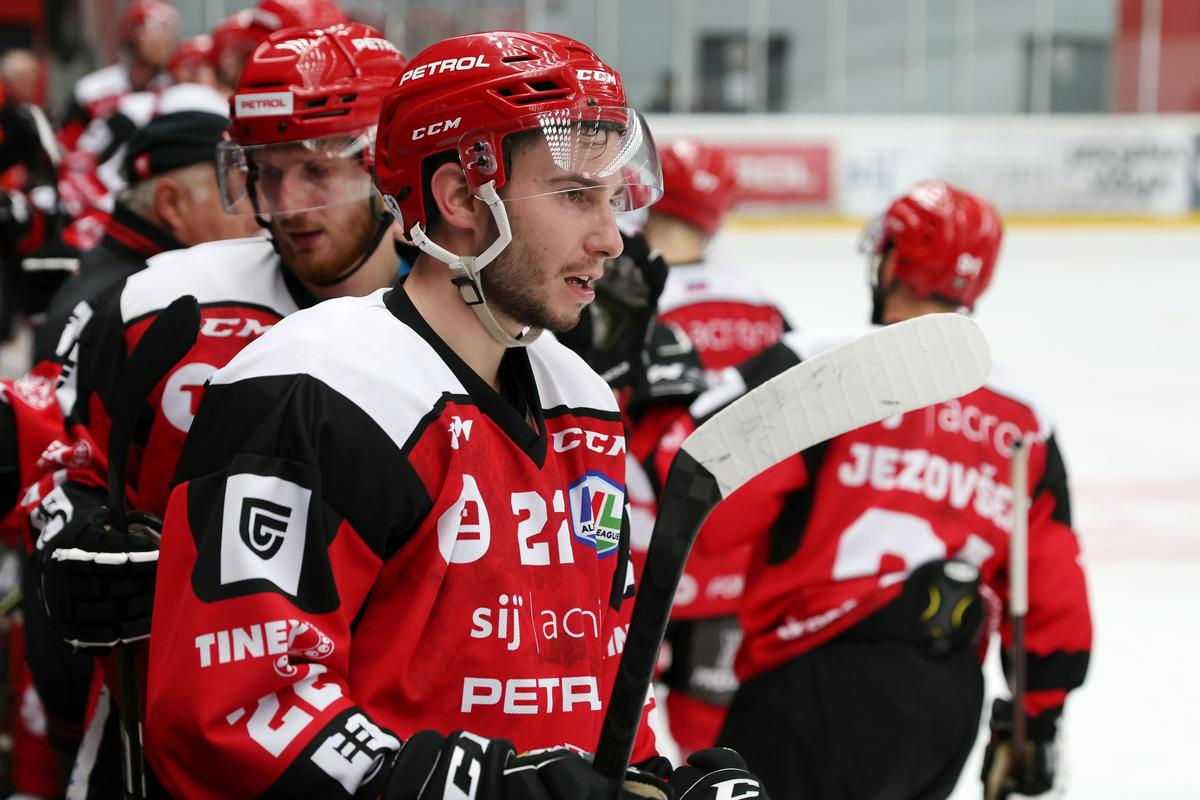 Jeseniška hockey players remain at the top of the Alpine League after defeating the second KAC team from Klagenfurt 3:1 in the 7th round. Žan Jezovšek shone in Podmežakla with two goals and an assist.

This was the fifth consecutive victory for the ironmen, who did not impress this time, but were sufficiently collected in the key moments. The people of Klagenfurt, who have four Slovenians in their ranks, proved to be a very unfavorable team. Luc Slivnik scored the leading goal for KAC, while veteran Andrej Tavželj and young hopefuls Luka Gomboc and Anže Šiftar also played.

Glavič and Jenko punishedGaber Glavič had some problems. Captain Gašper Glavič and excellent striker Jaša Jenko were not allowed to play because of the game penalty they received on Saturday in Zell sm See, when a fight broke out after the last whistle of the siren. This time Luka Ščap was in the role of captain.

The teenager Slivnik took care of the leadership of the people from CelovaThe visitors took the lead in the 13th minute when Marcel Witting passed to Luca Slivnik. The 19-year-old attacker, who played for Bled in the youth categories, skillfully checked Antti Karjalainen. The puck crossed the goal line, which was confirmed by referees Miha Bajt and Gregor Režek after watching the video. Jesenice had several dangerous shots in the first period, but Florian Vorauer was always in the right place.

The Ironmen were much better in the second periodAt the beginning of the second period, the Ironmen pressed hard. In the 24th minute, Jezovšek passed to Gašper Seršen, who equalized at 1:1. The people of Klagenfurt failed to shake off the pressure. In the 33rd minute, Luka Ulamec employed Jezovšek, who threatened Vorauer from close range. The ratio of shots on goal in the second period was 17:7.

Jezovšek confirmed the victory two and a half minutes before the end Right at the start of the last period, Eric Pance was sent off. The guests besieged the gates of Karjalainen. The Finnish goalkeeper had a lot of work to do until the 55th minute. Two and a half minutes before the end, Erik Svetina accurately passed from the middle third to Jezovšek, who once again proved that he is very skilled in front of the goal. With the second goal of the match, he confirmed the victory of Jesenice. Vorauer already left the door two minutes before the end, but the pressure with six players in the field did not pay off.

The final ratio of shots on goal was 30:23. The next match of Jeseničana awaits on Saturday, when they will visit Linz.