Alonso the fastest in the first practice session in rainy Suzuki 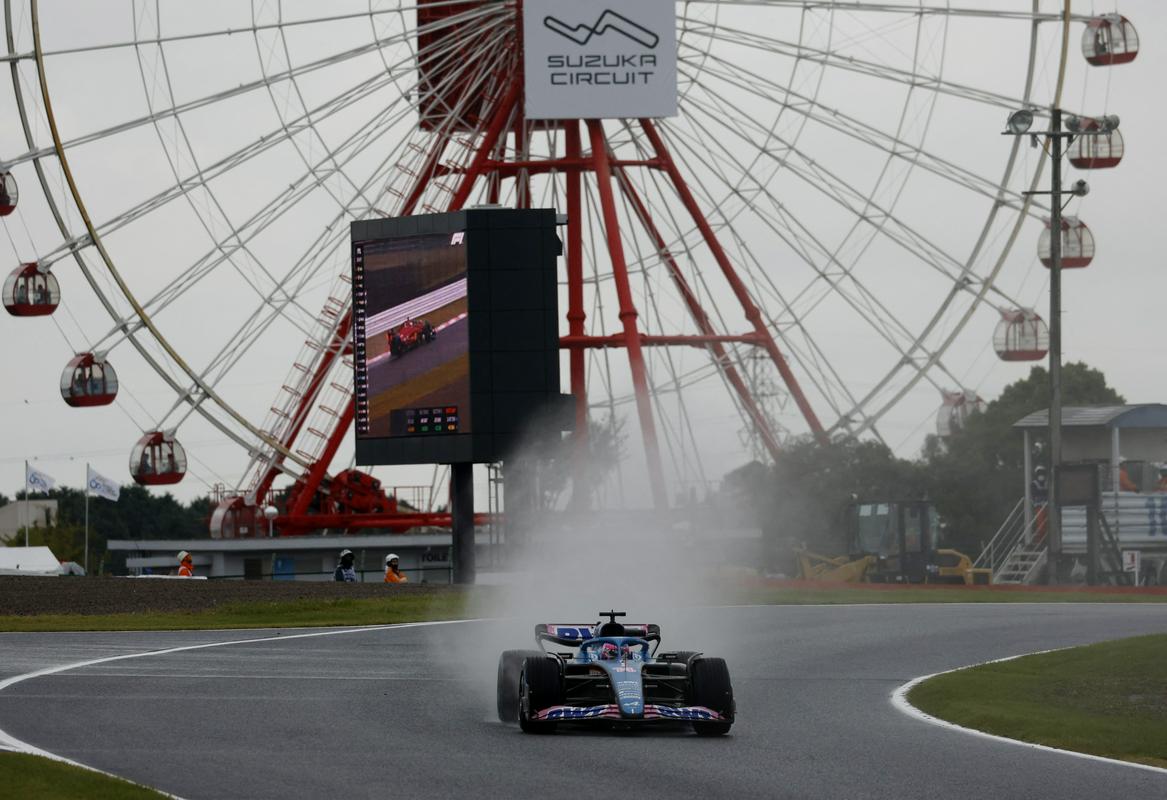 At the Suzuka circuit, the 41-year-old Alpine driver was more than three-tenths of a second faster than Ferrari drivers Carlos Sainz and Charles Leclerc, who landed in 2nd and 3rd.

World champion Max Verstappen drove only a few laps with his Red Bull and refrained from a very fast lap in the increasingly heavy rain. The 25-year-old finished sixth in the first training session. Seven-time world champion Lewis Hamilton was only 13th, 2.31 seconds behind Alonso.

Before 18 of the 22 races of the season, Verstappen leads Leclerc by 104 points in the world championship, with Perez two more points behind. The Dutchman can clinch a second world title if he takes eight points ahead of Leclerc and six ahead of team-mate Sergio Perez on Sunday in what is expected to be a rainy race.

Towards the end of practice, there was an accident when Mick Schumacher (Haas) crashed into a track barrier in the eighth, slow-motion lap. In the continuous rain, Schumacher managed to get out of the racing car unharmed and leave the scene of the accident. However, the front end of his vehicle was badly damaged on the wet track and the front axle broke.

In the past two years, the race for the Japanese Grand Prix was not on the WC calendar due to the corona pandemic, this year the organizers expect close to 190,000 visitors in Suzuka.

Previous article
Golob: There is a unanimous opinion among the members that it is necessary to intervene in the market and establish price regulation
Next article
Awaiting the announcement of this year’s Nobel Peace Prize laureate