The ten biggest statistical surprises of the World Cup 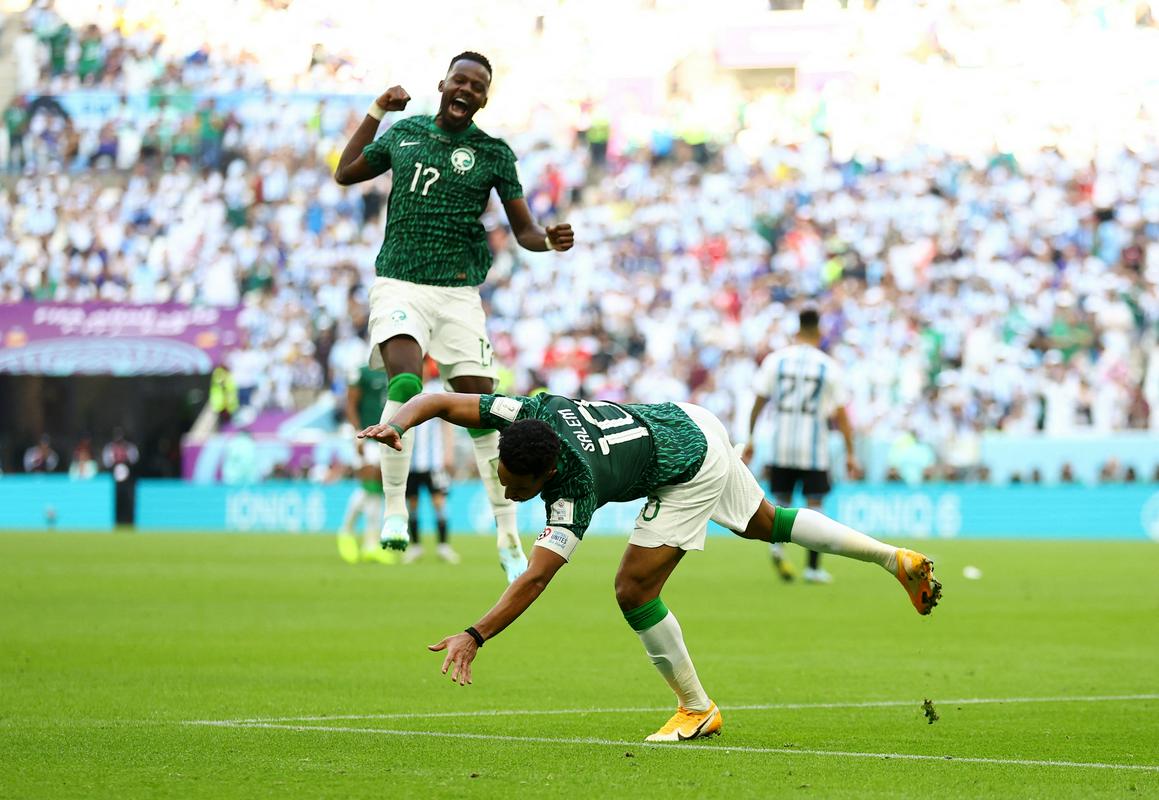 Saudi Arabia’s win over Argentina is the biggest surprise in World Cup history, according to Nielsen Gracenote, a sports statistics firm.

Gracenote using his complex formula that takes into account team strength, location and history, calculated that Saudi Arabia, ranked 51st in the world, had an 8.7% chance of beating Argentina, unbeaten in 36 international matches.

Missing from their Top Ten Surprises are North Korea-Italy 1966 (1-0) and Cameroon-Argentina 1990 (1-0), as they calculated that both winning teams were better than popular belief. Both national teams made it to the quarterfinals.

The ten biggest surprises at the World Cup according to Gracenot

1. Saudi Arabia – Argentina 2:1 (8.7%), 2022 The Gavči took the lead after Lionel Messi’s penalty, for and Saleh Al provided the sensation in the second half Shehri and Salem Al Davsari.

2. USA – England 1:0 (9.5%), 1950The English appeared in the World Cup for the first time and were valid for one of the main favorites of the tournament. The Americans played with a semi-professional team and, despite their great defeat, celebrated on the green with a goal by Joey Gaetjens. The Americans next celebrated at the World Cup in 44 years.

3. Switzerland – Spain 1:0 (10.3%), 2010The Spaniards came to South Africa as European champions and favorites of the tournament. The ratio of shots on goal was 22:6, but the Swiss celebrated with a goal Gelson Fernandes in the second half. The Spanish recovered and became world champions for the first time three weeks later.

4. Algeria – West Germany 2:1 (13.2%), 1982The Algerians are in their first appearance at the World Cup with goals from Lakhdar Belloumi defeated the German giant. What followed was one of the darkest chapters of the World Cup, when West Germany and Austria deliberately played the match with a 1-0 result, which allowed both national teams to advance, and the Algerians had to go home. From then on, the last matches in the group stage are played simultaneously.

5. Ghana – Czech Republic 2:0 (13.9%), 2006The Czech Republic, which played in the final of the European Championship two years earlier, had high standards appetites. Especially after a 3-0 win over the USA a few days earlier. And Ghana, who is in the first game lost against Italy, she celebrated with goals from Asamoah Gyan and Sulley Muntaria. The Ghanaians entered the knockout stages, the Czechs were eliminated.

6. Uruguay – Brazil 2:1 (14.2%), 1950The Brazilians only needed a point for winning the title in front of their fans at the championship which only did not have a final match. In front of 200,000 spectators, the Brazilians led until midway through the second half when the Uruguayans scored twice in 13 minutes. One of the most famous matches of the world championships.

7. South Korea – Germany 2:0 (14.4%), 2018 Defending champion Germany has been there before lost against Mexico, and then South Korea shocked her. The hosts of the championship scored both goals in extra time. Both teams were eliminated from further competition. The Germans failed to progress from the group stage for the first time since 1938.

8. Wales – Hungary 2:1 (16.2%), 1958Hungary was valid for one of the best national teams in the world. In the group, the Hungarians already drew with Wales, but they were valid in the playoffs for the undisputed favorite. It was even worse. Wales celebrated after the turnaround in the second half. The Welsh appeared at the WC again this year.

9. Northern Ireland – Spain 1-0 (16.5%), 1982They are Spanish for they needed a point to win the group and to continue easier, but despite their great superiority, they lost after a goal by Gerry Armstrong.

10. Senegal – France 1:0 (17.3%), 2002 France were world and European champions, while Senegal made their World Cup debut. 21 of Senegal’s 23 footballers played in French clubs. The meeting was decided by the Pope Bouba Diop, and the Africans made it all the way to the quarterfinals.