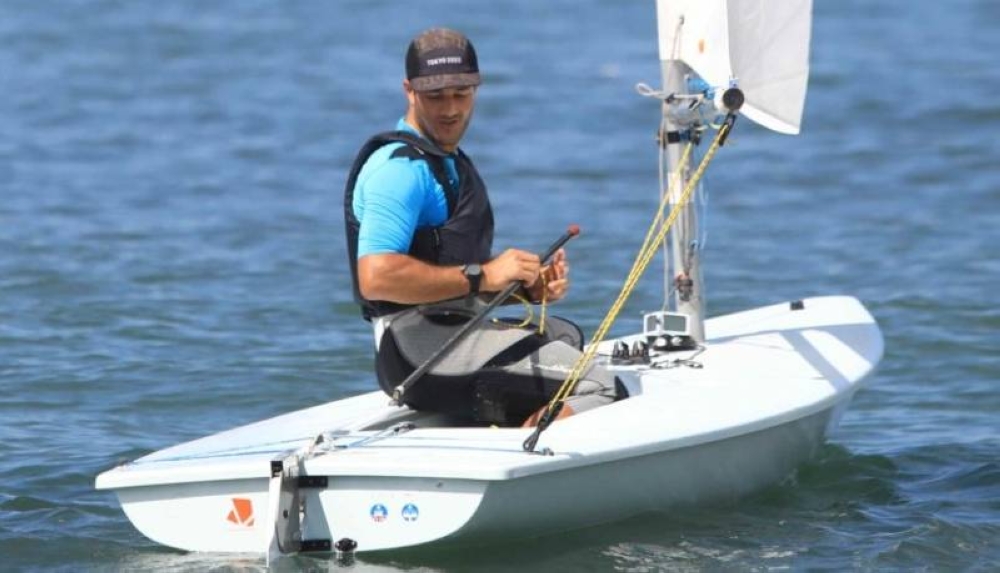 Sailor Enrique Alatoon, a beneficiary of the INDES Effort and Glory Program, today won 1st place in the general classification of the ILCA 7 categories, He brought El Salvador its first gold medal at the 1st Central American and Caribbean Games in Mar y Playa Santa Marta in 2022.

“It’s always a pleasure and an honor to win a medal. It’s a great blessing. God has surprised us all and has bigger plans for you. We went race after race.” commented the Salvadoran athlete after finishing the competition.

Both Alatoon and Puerto Rico arrived tied for first place with seven points on the final day of the competition, but The Puerto Ricans were already using that wildcard, but the Salvadorans still had the option of excluding the worst or highest scoring regattas.

“I could only do one race today, but I had an ace. I didn’t have a bad race and the Puerto Rican did,” the Salvadoran confirmed.

In the ILCA 7 category nine sailors from Cuba, Colombia, Cayman Islands, Barbados, Mexico and others participated.

Eight regattas were scheduled for the competition programme, but the final regatta was not held as the wind conditions did not live up to the expectations of the competition.

therefore, Quique won his second gold medal in Colombia this year after winning the ILCA 7 division at the Valledupar 2022 Bolivar Games.was held from June 24 to July 5.

In the evening, a match between Brazil and South KoreaThe Croatian footballers did not lose in nine of the last ten matches at the...
Previous article
Morat in El Salvador: A Night of Love and Loathing
Next article
Musk launches Twitter poll on ‘amnesty’ for suspended accounts