Courtois sent the Canadians into despair, one real blow was enough for the Belgians 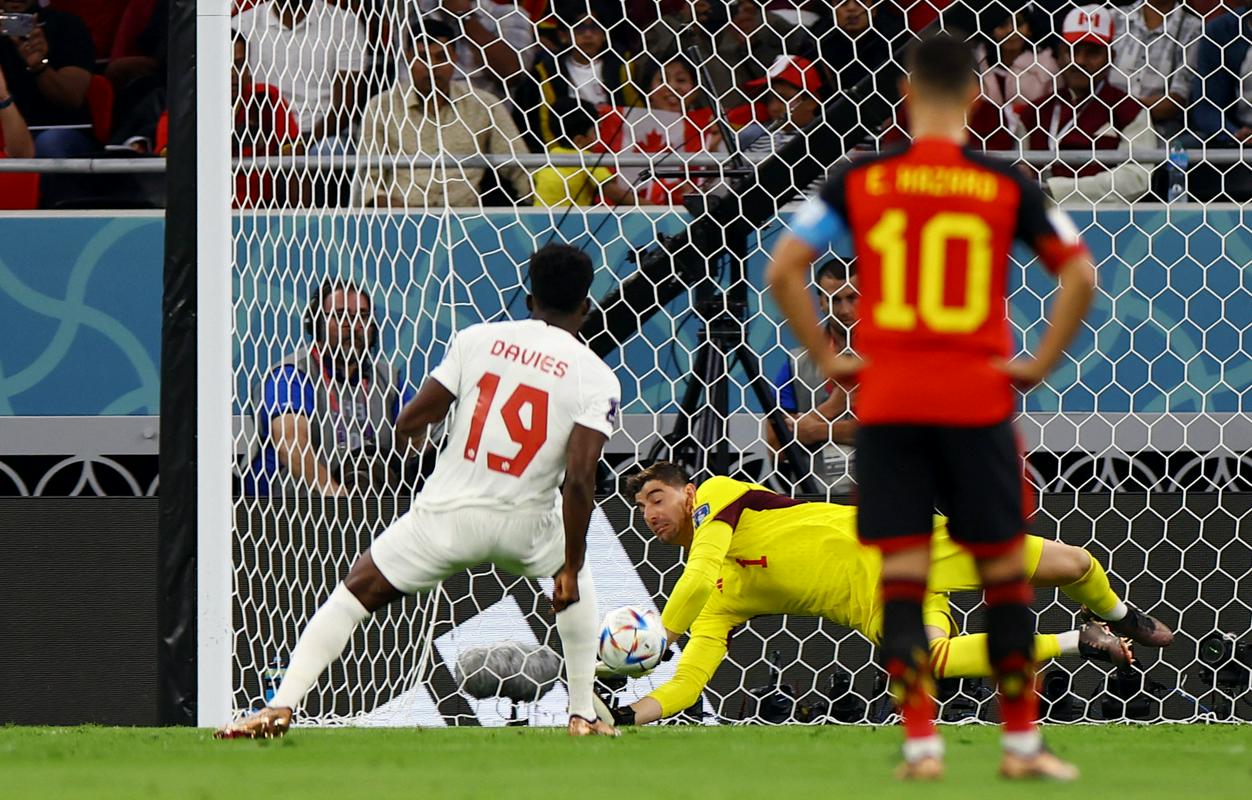 The Canadians are back at the World Cup after 36 years, but they are still waiting for the first goal

A goal for Canada at the World Cups remains cursed. Against Belgium, they shot, had 11, dictated the rhythm of the game, but one long jump of the game brought the Red Devils their eighth consecutive victory in the group stage of the World Cup. First name of the match: goalkeeper Thibaut Courtois.

The first test for favored Belgium in Group F was Canada, who have only made one World Cup appearance to date, in 1986, when they went goalless.

Davies not accurate enough for the “Golden Glove”

The first minutes belonged to the Canadians, hungry to prove themselves and score a historic goal. After several half-chances, VAR intervened in the 9th minute: Yannick Carrasco played with his hand in the penalty area. The most severe punishment was carried out by the first star Alphonso Davieswho scored the best goalkeeper of the previous World Cup – Thibaut Courtois saved the shot, and then the Canadians were still in the way to take advantage of the rebound.

Canadians injured for the second 11-m

Just a few minutes later, Canada should have made it to the 11-yard box: Hazard passed the ball back and onto Buchanon’s foot in his own 16-yard box, but he was roughly brought down. However, the referee wrongly raised the flag for a prohibited position, which is the Zambian referee Janny Sikazwe considered, but VAR did not intervene. The first major refereeing error at the 2022 World Cup?

Checkmate: defender for attacker and goal

The Belgians made some quick counterattacks, but the pace of the game was dictated by the Canadians, but Courtois already defended himself, as befits the Golden Glove. The attacks of the co-hosts of the next WC 2026 followed one after the other, but then in the 44th minute came a penalty for a wasted initiative. Central defender Toby Alderweireld sent the ball to the tip of the attack with a long deep pass, Michy Batshuayi he accepted it and overtook the opposing defender Miller and as the top scorer shook the Canadian net for 1:0.

Even before the break, the Canadians pressed again, but were unable to equalize. The ratio of shot attempts in the first 45 minutes was 14:4 for Canada, and Belgium led 1:0.

The Canadians continued to maintain the initiative, but it became more and more futile, while the Belgians continued to revel in quick counter-attacks and were content to cede the initiative to their increasingly frustrated rivals. A lot of traffic and attempts, but in the second half there were fewer really dangerous shots, and even those were superbly caught by Courtois.

In the end, the ratio of shot attempts was 21-4 to Canada, meaning Belgium didn’t have a single shot down the stretch, but at the end of the game there was a sense that they could have played and played but not tied the game.

The last chance of the golden generation

So far, the extremely talented Belgians have not yet achieved their goal – to celebrate at a major tournament. At this red devils they are playing in the World Cup for the 14th time, and most recently they won bronze in Russia 2018, scoring the most goals (16) in the tournament. Before the match at the World Cup, the two national teams met only once, on June 9, 1989, when Belgium won 2:0 in Ottawa.

Already 12 matches of the preliminary competition without defeat

With Batshuayi’s goal, the Belgians achieved their eighth consecutive victory in the group stages of the World Cup. They equaled Brazil’s record streaks (1986-1994 and 2002-2010) and will have a chance to move the milestone against Morocco on Sunday. Red devils now for the sake of it they are undefeated in 13 preliminaries. Saudi Arabia surprised them last in the USA in 1994 with Said Al Ovairan’s slalom.

In addition to Zelensky, this also highlights the "Ukrainian spirit"Time magazine has chosen Ukrainian President Volodymyr Zelensky and the "Ukrainian spirit" as the personality...
Previous article
The building of UKC Ljubljana will be renovated by 2025, European money redirected to other projects
Next article
Paul Scholes insults Cristiano Ronaldo, celebrates leaving United…and regrets it