Müller: We created the crisis ourselves, because inefficiency accompanies us in every match 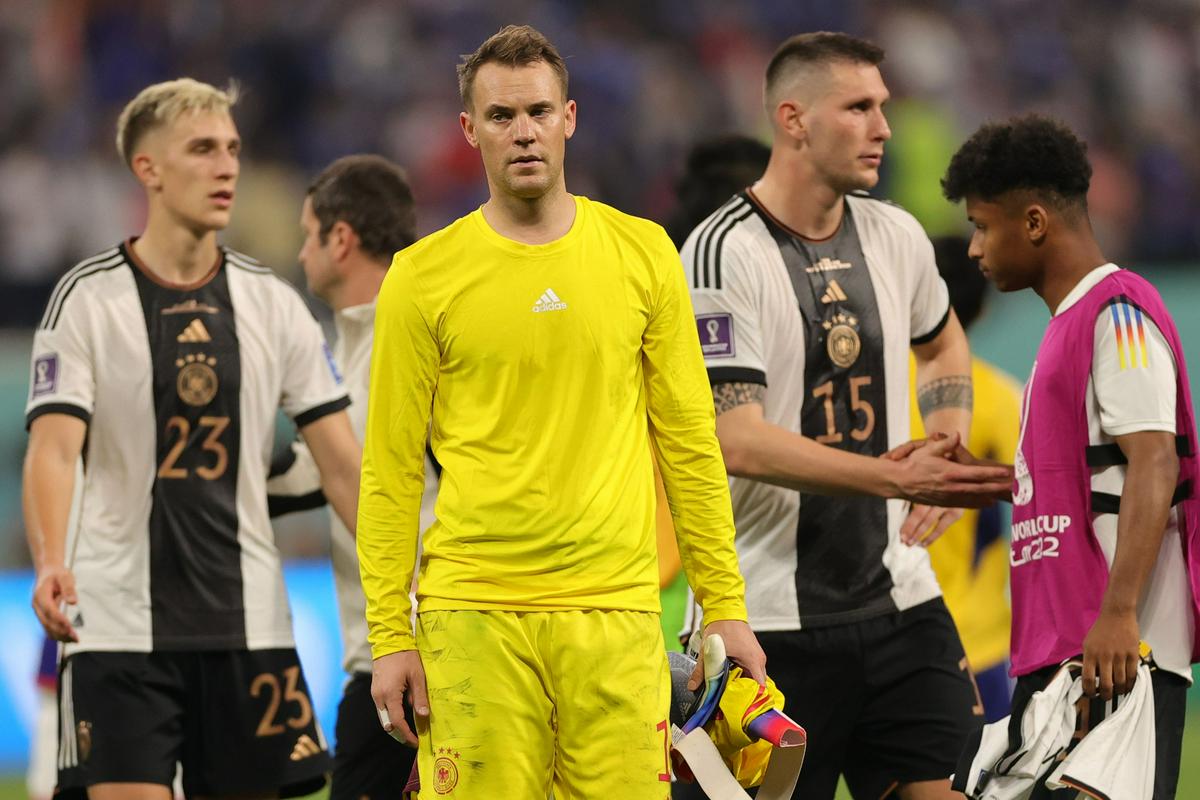 Even before the start of the World Cup, Germany was not among the favorites, but no one expected such initial mistakes. For the third consecutive major competition, the four-time world champions started with a defeat and they can already be eliminated on Sunday.

The Japanese only had the ball in their possession for 26 percent of the playing time. They had a clear plan and executed it brilliantly. Even Daizen Maeda’s goal in the 8th minute from a forbidden position was a big warning for the Germans. Coach Hajime Morijasu showed himself with excellent substitutions. Ritsu Doan and Takuma Asano staged a turnaround and the Japanese took a big step towards the round of 16.

Four and a half years ago, the Germans were the defending champions, in the opening game they lost against Mexico with 0:1, and this was followed by the first farewell after the group stage of the World Cup after the defeat against South Korea (0:2).

At last year’s European Championship, all three preliminary matches were played at the Allianz Arena in Munich. After losing against France with 0:1, they got away with a lucky draw against Hungary (2:2), but then they were eliminated in the round of 16 against England with 0:2. Expectations were not met and coach Joachim Löw said goodbye after 15 years.

They failed to replace “Schweini”, Lahm and KloseThe golden generation, who won the title in style in July 2014 at the Maracana in Rio de Janeiro, were excellent in every position. The competition was exceptional, three stars fought for some positions.

Bastian Schweinsteiger, one of the heroes of the final against Argentina, was an expert commentator at Halif Stadium today. He very critically evaluated the game in the second half and also Flick’s substitutions. “Schweini”, Philipp Lahm and Miroslav Klose were the leaders on the green.

Thomas Müller led the team well with loud advice until the 67th minute, when he was replaced by Jonas Hofmann. After this change, the elf completely sank, the errors just kept coming. Only Jamal Musiala deserves praise. He caused great problems for the Japanese defense, but he failed to make it 2-0.

Schlotterbeck played the whole match despite many mistakesThe Germans have big problems in defense. Only Antonio Rüdiger proved himself, Niklas Süle surprisingly did not play in the central defender position, but on the right side. The advantage was given to Nico Schlotterbeck, who already made a few mistakes in the first half, but coach Hansi Flick let him play until the end of the match. With seven minutes to go, he just looked on as Asano put the ball under the crossbar from the right for Japan’s big win. Even David Raum has only played 13 matches for the national team and is not yet at a high enough level for major competitions.

Moukoko became the youngest German to appear at the WCA classic striker is sorely lacking. Robert Lewandowski shined for eight years at the series champion Bayern, and this year he was succeeded by Eric-Maxim Choupo-Moting. The Cameroonian would have come in very handy today as Kai Havertz was completely invisible. Fans’ favorite Niclas Füllkrug only came on in the 79th minute, while Borussia Dortmund’s gem Youssoufa Moukoko only played in stoppage time. The Borussia Dortmund forward became the youngest player to wear the jersey of Germany at the World Cup at 18 years and three days. Until today, the record was held by Karl-Heinz Schnellinger from the championship in 1958, when he was 19 years and two months old.

Flick expects a completely different game against Spain“This is a huge disappointment. I think we had everything under control, we wasted many chances. The Japanese were very efficient and that was the deciding factor in the end. We made too many defensive mistakes in the last quarter of an hour. We will do a thorough analysis and I am sure we can beat Spain with the right performance. It will be a completely different game. Against Japan we had 81% possession in the first half, it won’t be like that on Sunday,” mused coach Flick, who led Bayern to the treble two years ago. He succeeded Niko Kovac and managed to turn the curve upwards, and the finishing touch was winning the Champions League.

Neuer: We have ourselves to blame for the defeat“We wasted too many chances to take a 2-0 lead. The Japanese pressed in the last half hour and we made too many defensive mistakes. We played well in the first half, but then we were no longer confident. The Japanese sensed an opportunity. The passes were not accurate and we have ourselves to blame for the defeat. This is a severe blow for us. It’s hard for me to understand that we conceded so much in the second half,” Manuel Neuer was dejected.

Müller: Inefficiency accompanies us in every game“The Japanese were much more aggressive in the second half. For one hour, we were the better competitor for our class, but inefficiency accompanies us in every match. I didn’t feel like we could lose this game. I am shocked that we allowed ourselves to lose in the last quarter of an hour. We were aware of the importance of the first match, as we will now be under pressure against Spain. But now we have really cooked up a crisis,” Müller added.

Sunday’s loss to powerhouse Spain means a trip homeOn Sunday evening, the Germans will meet the favored Spaniards. In the event of a possible defeat, the Germans could book plane tickets to fly home after only two games. Even four points in Group E will most likely not be enough for promotion. In a year and a half, the European Championship will be hosted by Germany, and Flicka still has a lot of work to do.