Brazilians for the introduction to the championship with the Serbs, the Uruguayans and the Portuguese are also in action 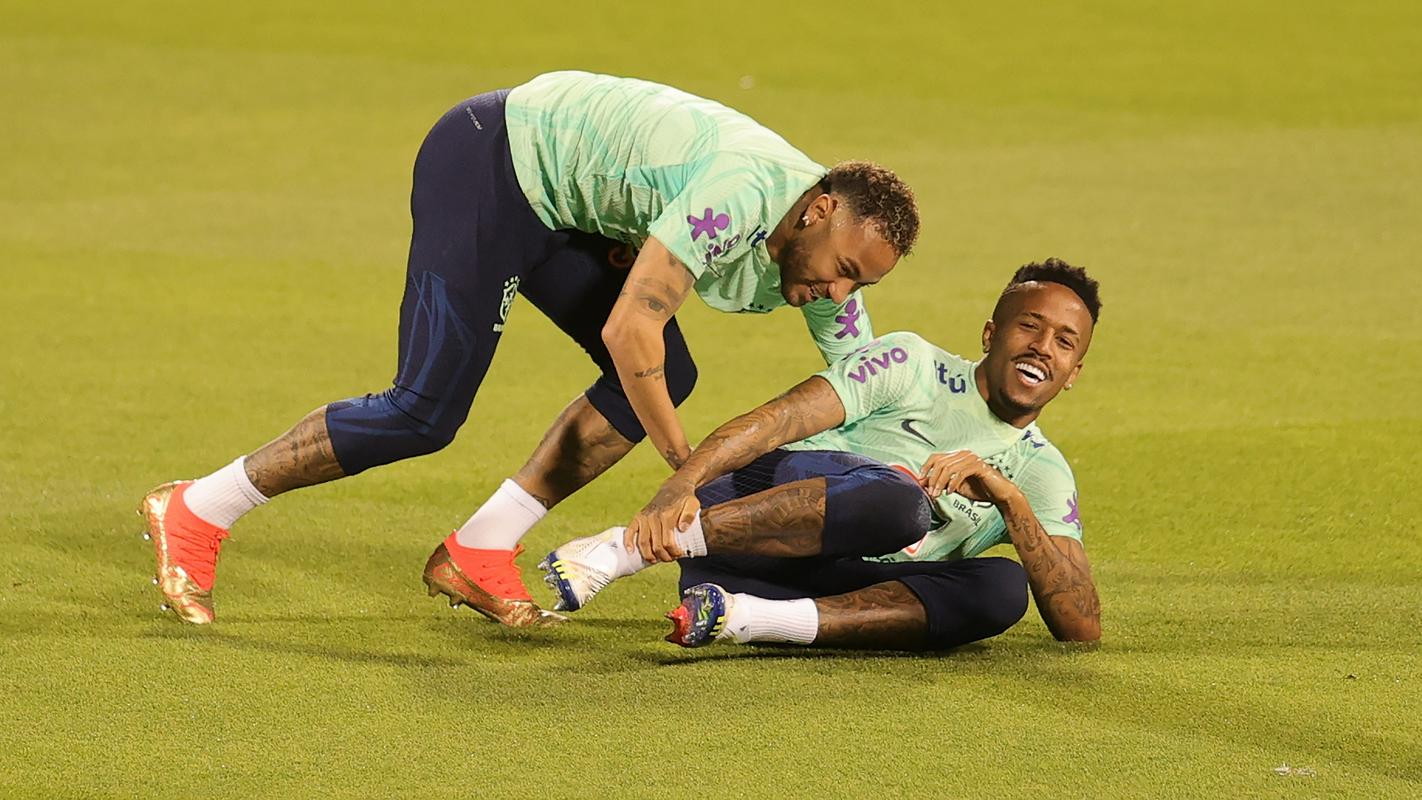 Today, the five-time world champions Brazil are also starting their performances at the World Cup in Qatar. It is an evening match, which will be broadcast live on TV SLO 2 and on MMC starting at 8 p.m.

It is the third match between the mentioned national teams in history and the first since the 2018 World Cup in Russia, when the Brazilians won 2:0 in Moscow on June 27. They were also successful in the first match between them, a friendly meeting in 2014 in They are Paul, when the only goal in the match was scored by Fred (1:0).

Brazil is the only national team that has participated in every World Cup since 1930, when world cup hosted by Uruguay. In the last 15 matches of the group stage of the competition, they are undefeated (12 wins and 3 draws). The last time they tasted the bitterness of defeat was at the 1998 championship in France, when they were sensationally beaten 2:1 by Norway in Marseille.

On the other hand, Serbia will play for the fourth time in the last five World Cups, missing only the 2014 championship, which was hosted by Brazil. However, the statistics from the championships since 2006 are not exactly brilliant: the Serbs lost 7 out of 9 matches of the group stage, which is the worst result of the European national teams in this period, and in general only the selected team of Australia fared worse (8 defeats).

The main weapon of the Serbs? An exceptional connection Aleksandar Mitrovic–Dusan Tadic. The former was the third scorer of the European qualifiers for the championship with 8 goals in as many matches, only the Dutch scored more goals Memphis Depay and an Englishman Harry Kane (both 12 each), while Tadić was the best passer (6 passes in 8 games).

There will be Brazilians, just like on every one World Cup, under great pressure. The compatriots are expecting a record sixth championship title, which a young but very talented national team will try to win. As many as 16 footballers will taste playing in the championship for the first time. The new generation includes footballers like Vinicius jr., Rodrygo, Raphinha, Eder Militao, Bruno Guimarães and Antony. Along with veteran Neymar, Brazil will be a very big deal for any opponent. The match between Brazil and Serbia is scheduled for tonight at 8 p.m. hours.

Thursday 11:00: The Cameroonians are looking to end their losing streak

In the opening match of the day, the remaining national teams from Group G, Switzerland and Cameroon, will compete for the full amount of points. It is actually the first match between the mentioned national teams. Switzerland will be facing an African team for the second time at the World Cup after beating Togo 2-0 in Germany in 2006. The Swiss have a good track record, they qualified for the championship as the best team from their group, which also included four-time world champions the Italians. For the fifth time in a row, they ranked world cupnor defeat they know in none of their last five opening group stage matches (2 wins, 3 draws), most recently beaten by Germany (5-0) in their opening game of the Championship in England in 1966. Meanwhile, the Cameroonians are the most successful African national team at the world championships, for them it was already the eighth qualification to the final tournament, but still in the eyes will be especially the fact that she lost her last seven matches in the championship. They were last successful in Saitami in 2002, when they are by credit Samuel Eto’o defeated Saudi Arabia (1:0).

Thursday at 14:00: Uruguayans over Koreans, who hope that Son will be ready

The Uruguayans, who have a national team full of internationally established footballers, led by a veteran and top scorer, also expect a lot from the championship in Qatar. Luis Suarez, who at the age of 35 is still extremely dangerous for the opponent’s goal. The change of coach proved to be a winning move for Uruguay after it was Oscar Tabarez replaced Diego Alonso. Under his leadership, Uruguay won the last four qualifying matches and finished the South American qualifiers in 3rd place. With a mixture of experience and youth, the Uruguayans are confident of progressing to the knockout stages of the championship, with a squad of enough quality to beat the Koreans, who hope to be the main allies Heung-min Son ready to face the South Americans. Three weeks ago, the Tottenham striker suffered a nasty facial injury around his left eye and will, at best, step onto the green with a black protective mask. Meanwhile, Son has already said that he will do everything to play in the opening match of the championship, and that he accepts the risk of a premature return to the greens, or further damage to his face.

Thursday 17:00: The Portuguese in the shadow of Ronaldo’s interview with Morgan

Instead of the Portuguese national team, which will be at 5 p.m. hours began his performances in Group H against Ghana, the media has been paying more attention to the main star in recent times Cristiano Ronaldo and his strained relationship with the management of (now) former club Manchester United. After exclusive the interview he gave To Piers Morganand in which he fired some very venomous arrows at the Red Devils’ management structure, both sides decided to amicably end their partnership, meaning that CR7 currently a free agent. The Saga on the Island is thus over and the 37-year-old will now be able to devote himself to playing for the national team, which the bookmakers predict will make it to at least the quarter-finals. The Portuguese will play their opening match against Ghana, on Fifini worst in the rankings ranked national team (61st place). They are clear favorites against the African team, which has its best ranking on mundialih achieved in 2010 in South Africa, when they were eliminated by Uruguay in the quarter-finals.

He called the slogan "Woman, life, freedom" a "beautiful message that indicates a movement towards a better future"Former President Mohammad Hatami expressed his support...
Previous article
The Tyrant’s Banquet – El Mundo
Next article
Vesna Mikolič: Do you read Cankar?