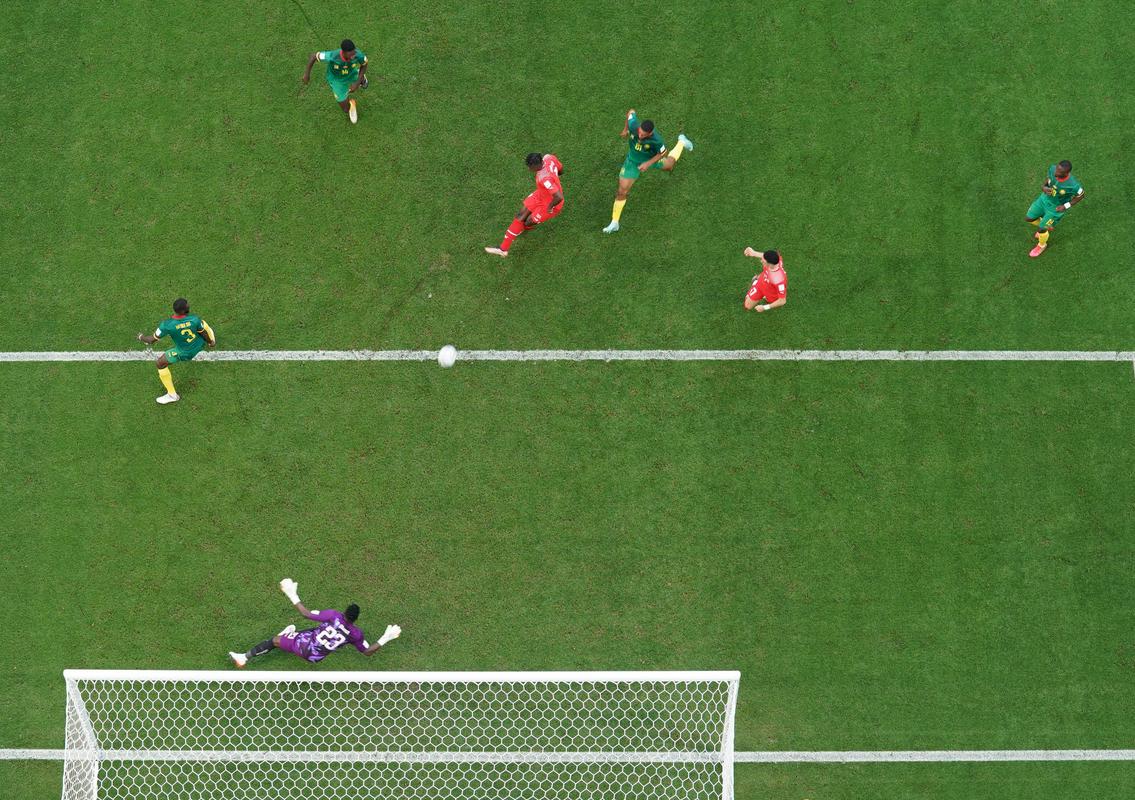 Group G has been labeled the group of death after the World Cup draw. Switzerland and Cameroon face each other in the first match. In the evening at 20:00 we have a treat between Brazil and Serbia.

Switzerland took the lead in the 48th minute. After a nice action with some passes, the ball came to Xherdan Shaqiri on the right. The 31-year-old midfielder sent a low ball into the penalty area, where a lone Breel Embolo was waiting six meters out and smashed it into the Cameroonian net. A goal by the Swiss born in Cameroon.

In a very even first half, the Swiss had more possession, but Cameroon was more dangerous. The Africans launched a number of quick counter-attacks, but to no avail. They wasted the best chance in the 10th minute. A long ball cut through the heart of the Swiss defense and found its way to the speedy Bryan Mbuem. The Brentford striker fired a shot straight at goalkeeper Sommer. The rebound landed on the feet of Karl Tok Ekambi, who shot high over the goal from ten meters unhindered.

Switzerland had the best chance at the end of the first half when, following a corner kick, Manchester City defender Manuel Akanji headed wide from five yards out. A colorful first half in which only goals were missing.

Switzerland qualified for the World Cup in Qatar as the best team in a group that also included the Italians. They won 18 out of 24 points. The Swiss, now coached by Murat Yakin, were quarter-finalists at the last European Championship. They stayed in Group A of the Nations League after defeating Portugal, Spain and the Czech Republic after their opening three defeats.

The Cameroonians did not play well after finishing third at the African Championship. They have won just one of their last five matches, and that was against lowly Burundi. Rigoberto Song’s men are 43rd in the Fifa rankings, well behind their group rivals. But the World Cup is a tournament in itself. Cameroon’s optimism rests mainly on the exceptional form of Eric Maxime Choup-Moting, who registered 11 goals and three assists in the last ten games.

Demonstrations recorded in more than a dozen Chinese cities over the weekend presented an unprecedented challenge...
Previous article
For now, a record long matches, but also a record number of matches without goals
Next article
Rainbow captain’s armbands became a bestseller after the ban