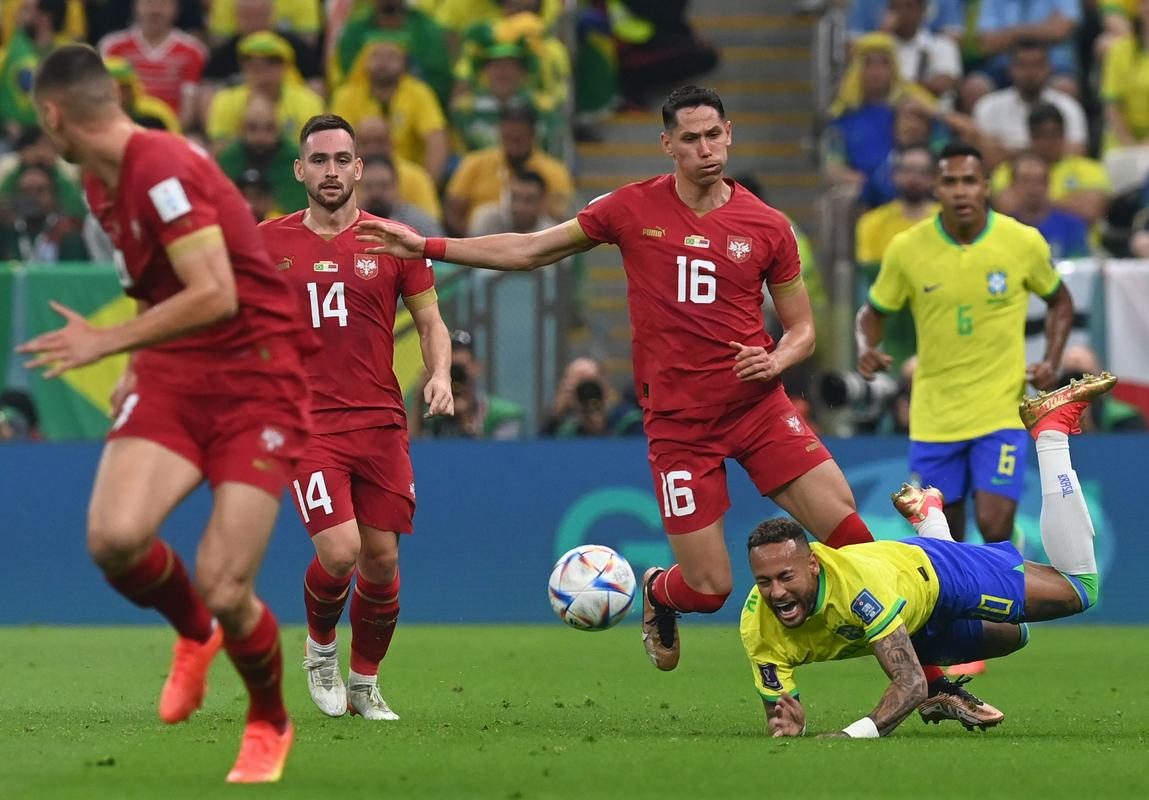 Brazil and Serbia meet in Lusail in the last match of the 1st round of the preliminary competition. Selector Dragan Stojković wants to surprise one of the main favorites of the championship in the opening round of Group G.

The Serbs positioned themselves very well on the green. The Brazilians had the field superiority in the first half (possession 59:41%), they fired three shots into the goal frame.

In the 27th minute, Thiago Silva made a brilliant pass into the empty space, but goalkeeper Vanja Milinković Savić left the goal and deflected the ball in front of Vinicius Junior at the last moment. Eight minutes later, Raphinha exchanged a double pass with Lucas Paquetaj, but then shot too much into the middle of the goal and Milinković Savić had no problems. The Serbs did not have a shot on goal in the first half.

At the last WC in Russia, the Brazilians were better in Moscow with 2:0. They were also successful in the first meeting between them, a friendly meeting in 2014 in Sao Paulo, when Fred scored the only goal in the match (1:0).

In the last 15 matches of the group stage of the competition, the Brazilians are undefeated (12 wins and three draws), the last time they tasted the bitterness of defeat was at the 1998 championship in France, when they were sensationally beaten 2:1 by Norway in Marseille.

Serbia qualified for the last five World Cups for the fourth time, missing out only in 2014, which was hosted by Brazil. However, the statistics from the championships since 2006 are not exactly brilliant: the Serbs lost seven out of nine matches of the group stage, which is the worst result of the European national teams in this period.

Previous article
China traps 6 million people in ‘iPhone City’ after violent protests
Next article
How to get rid of fake Black Friday offers?