Slovenian women with debutant Ajša Sivka to victory in Poland 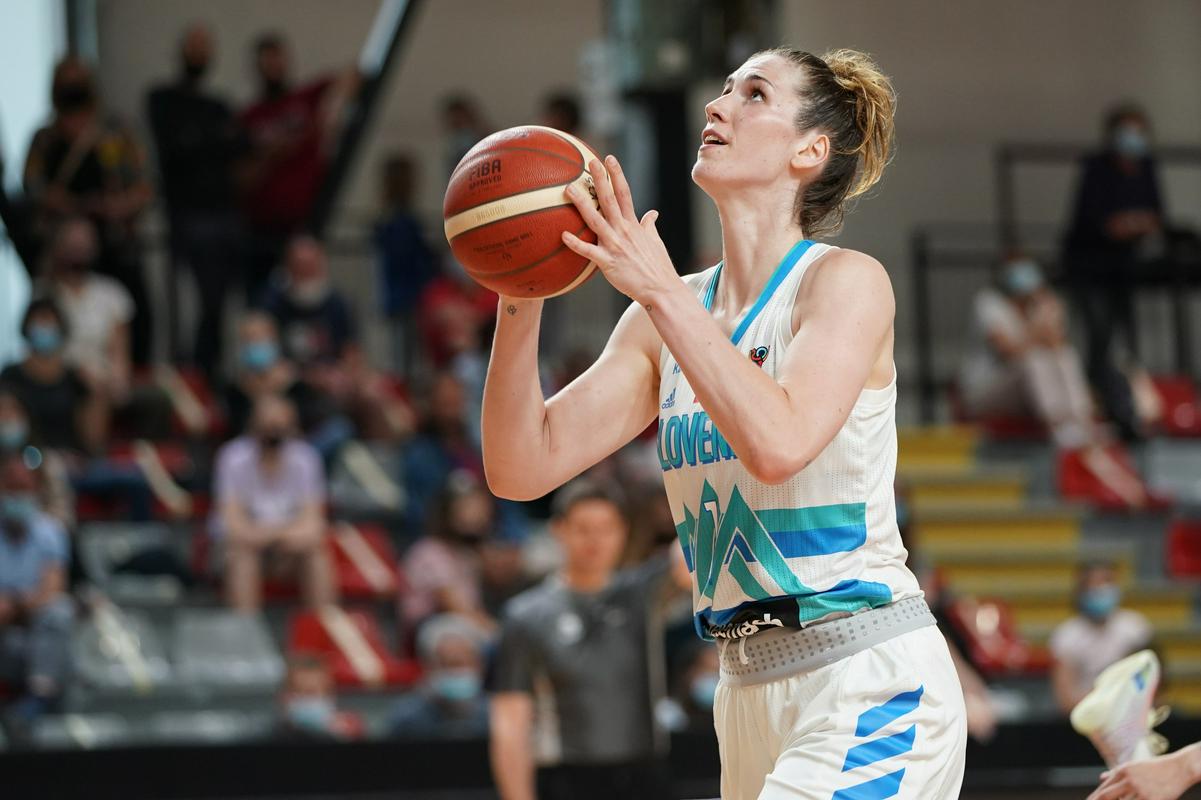 Against Turkey on Sunday

The Slovenian women’s basketball team defeated Poland 71:78 in the qualification match for the 2023 European Championship in Gniezno. At halftime, it trailed 41:37.

The team of Greek coach Georgios Dikaiulakos opened the game perfectly. The starting five, which also included debutant Ajša Sivka, who celebrated her 17th birthday the day before, won the first quarter with 26:14. But the continuation of the first half was much worse. With a partial score of 27:5 in the 19th minute, the Polish women took a 41:31 lead and went into the break with a four-point advantage.

After halftime, Slovenia played more aggressively in defense, quickly made up for the deficit and was more skillful in the tied playoff. Less than three minutes before the end, Tina Cvijanovič (13 points) hit a three-pointer and crowned the counterattack with a layup for 72:69, while Eva Lisec (14 points, 2:2 three-point shooting) made it 75:71 with a three-pointer decided the match less than a minute before the end.

For Slovenia, this is the second victory in three qualifying appearances. However, they do not have a real competitive charge, as Slovenian basketball players are already qualified as hosts for the European Championship, which will be hosted by Slovenia and Israel from June 15 to 25, 2023.

Slovenia will play three more qualifying matches before the European Championship in Ljubljana; on Sunday they will host undefeated Turkey, and in February 2023 they will host Albania and Poland.

Zala Friškovec: “We fulfilled the goal, which was not only to win, but also to build a winning mentality. I am proud that we reliably won in a tied playoff. There were a lot of ups and downs in the game, but I think we had the game under control throughout and deservedly won.”

Teja Oblak: “In addition to the victory, I am pleased with how we reacted to a poor second quarter in the second half. We kept our composure and reliably came to victory. It is also nice to see the players who came off the bench, that they have enthusiasm, that they fight for every ball and that they are an added value to this team. I hope they will continue like this. This match is without a doubt another step in the right direction.”

The Brazilians and French are the most dangerous, and the belligerent Moroccans are the hardest nut to crack

A brief statistical overview of the eight national teams remaining in the fight for the championship titleThe Brazilians shoot the most and need the...
Economy

In 11 months, there is a deficit of 561 million euros in the state budget

Revenues from VAT increasedAccording to the first calculations of the Ministry of Finance, the state budget reached 11.3 billion euros in revenue in the...
World

The 16-year-old is in critical conditionIn Greece, protests by members of the Roma community against police violence are taking place for the second day...
Football

Previous article
Dobovec tied with Makarska after Vedran Matošević’s goal
Next article
Croatia in energy cooperation with Austria and Bavaria, with Slovenia in a solidarity agreement