The moody Uruguayans and the Korean goalkeeper ensured a “friendly” 0:0 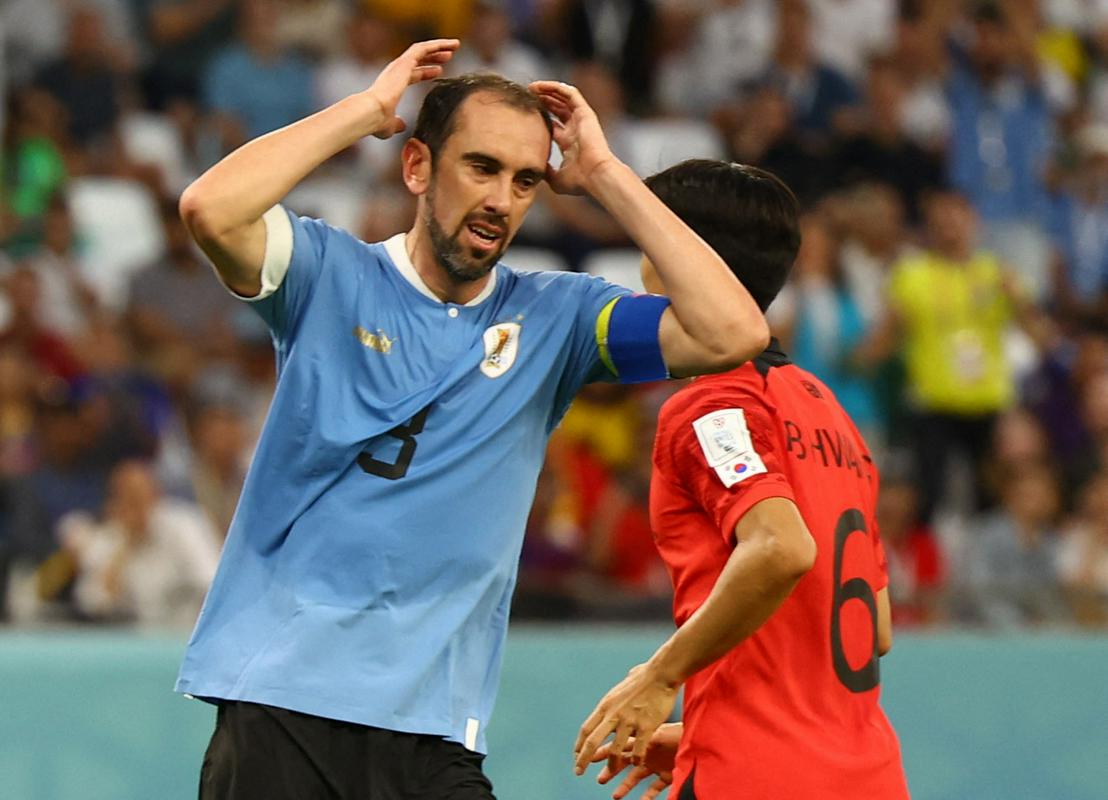 The Uruguayan footballers did not impress in the first match of the World Cup in Qatar, but they were still closer to victory than South Korea, as they hit the post twice. The match ended goalless.

Already the fourth match of the 22nd World Cup ended 0:0. In the first match of Group H, which also includes Portugal and Ghana, neither national team created many chances, and both remained without a shot on target. Uruguay, which the coach Diego Alonso reborn, he hit the post twice – he shook it with his head at the end of the first half Diego Godinand in the 90th minute with a shot from a long distance Federico Valverde –, but the performance of the two-time world champions was not convincing. There were a lot of mistakes, disjointed play and quick wasted balls. South Korea didn’t show much either, and seriously threatened the opponent’s goal only once in the first half.

Although they took the initiative in the opening minutes, the Koreans did not seriously threaten the Uruguayan goal until the 34th minute, when they outplayed the opponent’s defense with a series of accurate passes. He passed from the right side Kim Moon-hwanand he remained completely alone in the middle of the penalty area Ui-jo Hwangbut from ten meters he aimed over the goal.

La Celeste was a bit more dangerous. He had the first chance in the 20th minute, when he Jose Maria Gimenez found Valverde with a long ball in the penalty area. The Real midfielder, who has been in excellent form this season, received it nicely and then sent it through the goal. Two minutes later, Gimenez recruited in a similar fashion Facunda Pellistria on the right side. He sent the ball into the center with his head, where it was a hair too short Darwin Nunezand in the continuation of the campaign it is Mathias Olivera returned the ball in front of the goal from the left, but also Luis Saurez he didn’t get to the shot.

After a slightly longer Korean attack, in the 27th minute, Uruguay opened up a lot of space on the counter-attack, but Olivera made a poor pass to Nunez, so that Kim Seung Gyu delivered on time. The Korean goalkeeper was saved by the frame of the goal in the 43rd minute. Valverde passed from the corner, Godin was the highest in the jump, but he hit the post with his head.

Even in the second half, South Korea had a slight superiority in the field at the beginning, but this time too, it did not find a way to the Uruguayan goal. The two-time world champions had their first shutout in the second half in the 62nd minute when Nunez broke through on the counter-attack, but Kim Seung Gyu intervened again in time. In the second half of the half, Uruguay began to take the initiative.

In the 81st minute, Nunez fired dangerously from the edge of the penalty area, but his attempt was not accurate enough. Edinson Cavani, who replaced Suarez, was a hair too short to divert the ball into the net. A few minutes before, he fired a shot from 20 meters on the other side Cho Gue-sungbut the ball flew past the goal.

Just before the end of regular time, Valverde decided to shoot from a long distance, and once again the Korean goalpost shook. They had the last serious chance Asian tigers. After a goalkeeper error Sergio Rochetwho wasted the ball with a bad pass, got to the shot from the edge of the penalty area Son Heung-minbut even Korea’s best soccer player was not accurate enough.

VAR graphics and photos from the other side confirm the contact of the ball with the area of ​​the pitchA ball is a sphere...
Previous article
Meganoticias team has accident in the middle of the night: specialist injured
Next article
Supermarkets admit truckers’ strike is already starting to affect them, detailing impact