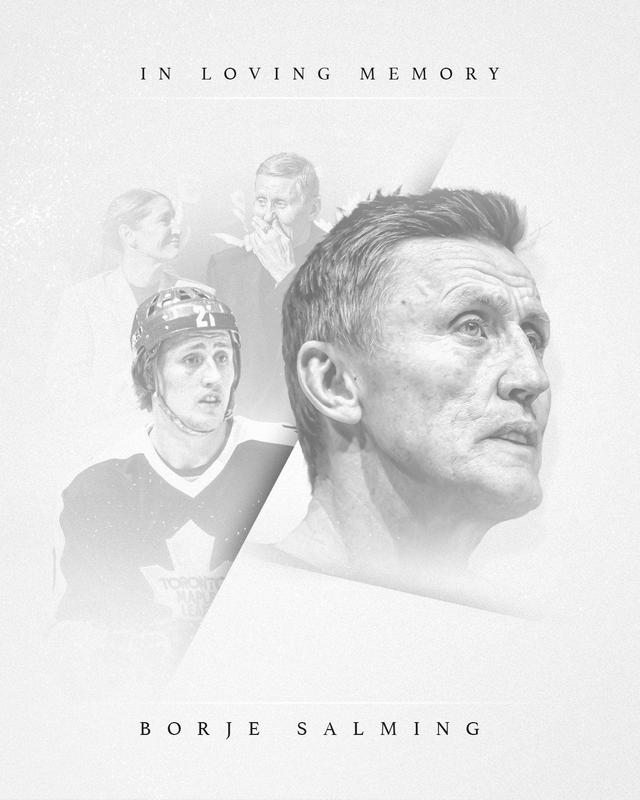 The legendary Swedish hockey player Börje Salming died at the age of 72 due to the rapidly progressing ALS disease. In the summer of 1973, he strengthened Toronto and became the best defenseman in Maple Leafs history, opening the door to the NHL as the first superstar from Europe.

Before him, self-absorbed Canadians looked at the Swedes in hockey as poor people who did not know how to, or did not dare to, stand on the sidelines of the homeland of hockey in national team matches. But from what it is Börje Salming played for the Toronto Maple Leafs, no serious commentator and follower of hockey in Canada allowed himself to notice “the Swedish poor”.

Before him, the Europeans are big exceptions

Until his success, very few Europeans, or more precisely players raised in Europe, played in the strongest North American hockey league. But the 185 cm tall defenseman, who was an extraordinary game creator and passer, showed immediately after his arrival in Toronto that Europeans are also hardy, and above all, excellent hockey players who know how to teach players from the homeland of hockey.

In the 1973/74 season, he was the only European in the Maple Leafs lineup, and in the entire league of 16 clubs at the time, only 5 Europeans played in the season. Now the share of European hockey teams in the NHL varies between 25 and 30 percent.

The best defenseman in Toronto history

He quickly became an icon of the Maple Leafs, and at home in Sweden he became a national hero. His success opened the National Hockey League’s doors wide to European players, and North American clubs began to seriously study the old continent and lure the best players across the pond. It was precisely with the arrival of Europeans, initially mainly northerners, that the NHL also became the strongest hockey league in the world.

He won a lot of accolades and individual awards during his 23-season long season. As a Maple Leaf, he still holds the records for the club’s most efficient defenseman in points, goals, assists and best +/- ratio.

Only left without a Stanley Cup

At the end of his career, he fulfilled the great wish of all Swedes and played for three crowns at the 1992 Olympic Games in the jersey three crowns. In 1996, he was the first Swede to be inducted into the NHL Hall of Fame. In 17 seasons in the NHL, he played as many as 16 years for Toronto and one for Detroit, during which time he collected 150 goals and 637 points in 1148 games, to which he added 12 goals and 37 assists in 87 games in the playoffs. ranking as the league’s top scorer, he never won a Stanley Cup. The last time Toronto won hockey’s Holy Grail was in 1967, in the first season after the expansion of the NHL from 6 to 12 clubs.

At the beginning of this year, Salming, a symbol of sports and healthy living in Sweden, noticed unusual cramps that began to appear more and more often. In March, he had to cancel his usual veteran match due to muscle problems. He was confirmed in July ALS – amyotrophic lateral sclerosis, which progressed extremely fast. On Veterans Memorial Day, Nov. 12, he visited Toronto for the last time, in a wheelchair and unable to speak. An emotional evening in the center of the hockey world, where they were aware that they were saying goodbye to a hockey legend.