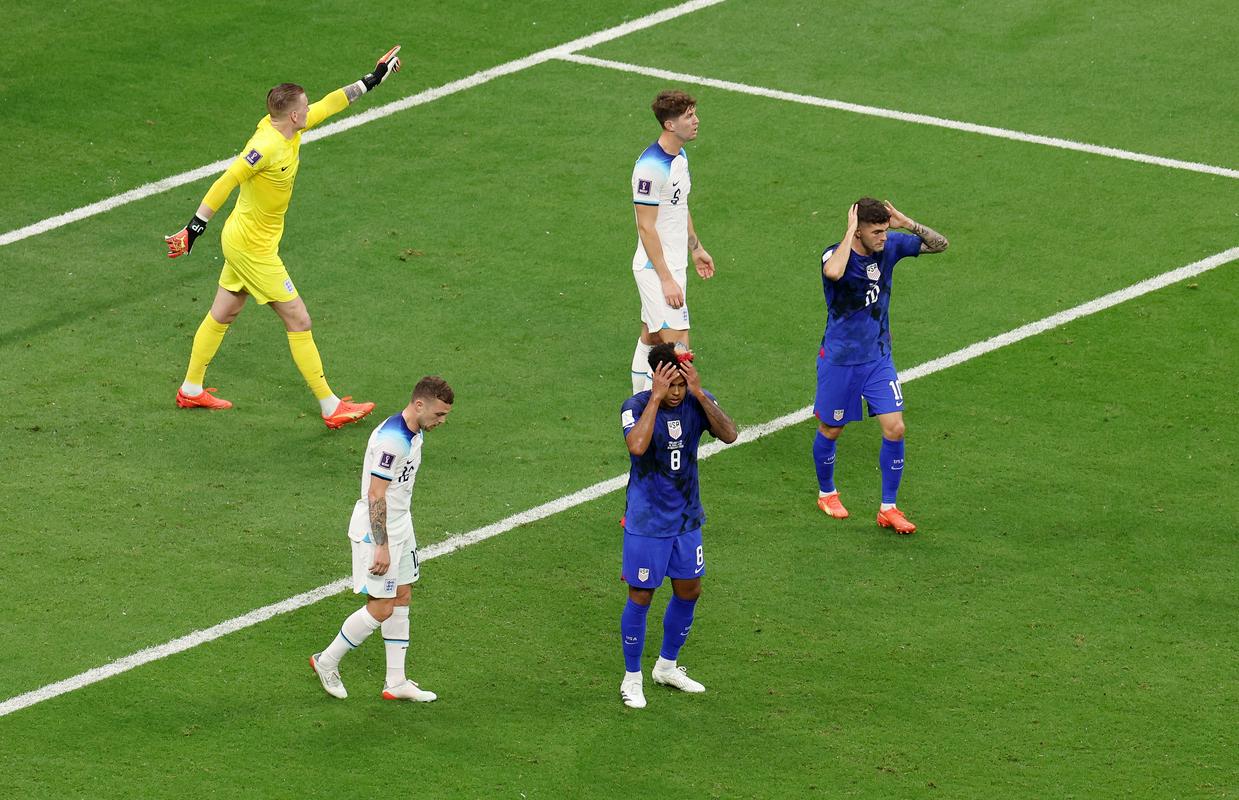 The highlight of Friday’s matches is the match in Group B between the English and the Americans at the Al Bajt Stadium in Al Hor. You can follow the broadcast of the match on TV SLO 2 and MMC.

After a calmer opening, the second half of the first half was more exciting, but none of the national teams managed to score.

After the initial initiative of the English, the Americans became more dangerous. In the 17th minute, they had their first chance, Haji Wright shot a header from 11 meters just wide of the goal after a pass from the right. In the 26th minute, the Americans had an even better chance, after a nice combination, Timothy Weah sent a cross from the right side into the penalty area, where it was received by Weston McKennie, who shot from about 8 m, sent the ball high over the goal. In the 33rd minute, Christian Pulisic shot from the edge of the penalty area and hit the post. In the 43rd minute, Pulisic scored another chance, but his header was not the best.

The Three Lions have won eight of their 11 head-to-head matches, but have yet to beat the USA at the World Cup. In 2010, when they also played Slovenia in the group in South Africa, they drew (1:1), and way back in 1950, the Americans prepared one of the biggest surprises in the history of world championships with a 1:0 victory.

The European runners-up disappointed in the Nations League, but played Iran in the opening match in Qatar, which raised the ambitions and aspirations of the public in the homeland of the beautiful game, where they are once again thinking about “bringing the cup home”.

Harry Kane’s appearance for the match against the USA was questioned for a while, but as they confirmed in the English camp, the captain will definitely be ready.

The Americans started in Qatar with a draw against Wales (1:1). Coach Gregg Berhalter received a lot of criticism in his homeland, but he himself said that the wards gave their best and he remains optimistic about advancing to the knockout stages. The Americans did not qualify for the last World Cup in Russia, but advanced to the round of 16 at the previous two. In 2010, the group took first place ahead of England.