With Luka, the Mavs are better than the best Boston, but without him, worse than the worst Charlotte 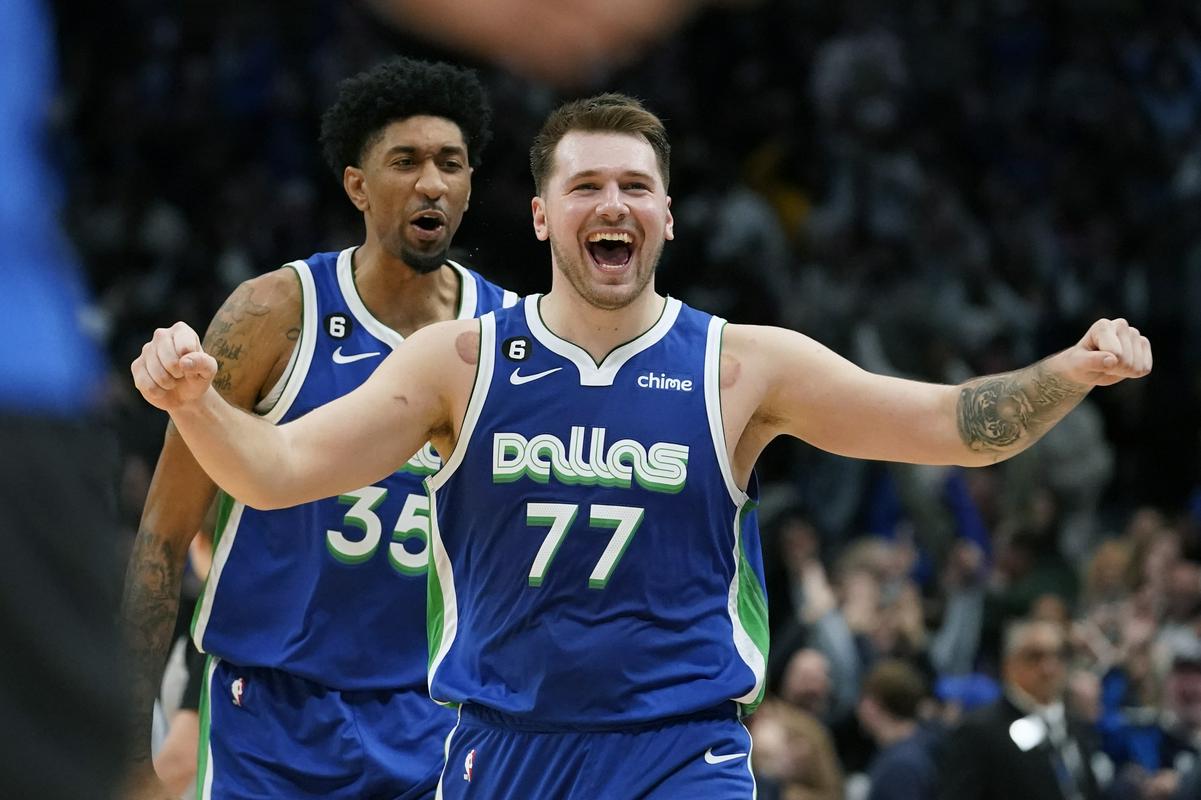 Luka Dončić is magical in the Dallas jersey. He’s playing like an MVP. The best weeks of his career in the NBA are behind the 23-year-old Slovenian, but the real challenges are yet to come. “Boston will be a real indicator, even though the NBA League is really unpredictable this year,” says Iztok Franko in the SOS-ezodemv podcast.

At the height of football fever, Dallas looked like a broken army after losing the first game of two straight meetings with Minnesota. Five losses in seven games, but instead of a final collapse, the Mavericks put together a seven-game winning streak and climbed from 11th place in the Western Conference to 4th place with a 22-16 record.

The first name, of course, is someone else Luka Magic Doncic. The dream Christmas and New Year holidays of a 23-year-old Slovenian who plays like a real candidate for the best basketball player in the NBA. It is understandable that MMC’s sports podcast SOS-echoes from the football greens was the first to take to the floor in 2023. Leader Slavko Jerič and Tony Gruden they invited a permanent guest to the conversation.

Basketball analyst Franko outlet: “Things were looking bad, but considering Doncic’s career in the NBA so far, the previous three seasons have been similar. Bad start and then everything got better. If you exclude Luke’s rookie season, the Mavs have always had the best win-loss ratio in January, February and March. There was a sense that everything was going to turn around.”

Despite the winning streak, Franko does not hide his caution, as the situation in Dallas was quite gloomy just 14 days ago, and the pressure was well felt. “Quite a big panic. Also because at the beginning they were lucky with injuries, but they were losing games that they should have won against weakened opponents. The series turned everything around, but I myself remain cautious. For these seven consecutive victories, they played three times with Houston and San Antonio, two of the worst teams in the NBA, against New York without two of their three best players.” Franko lists facts about defeated teams.

Before the halfway point of the season, Dallas now faces tougher rivals. First, league leader Boston, then division rival New Orleans, then a visit from the LA Lakers and a miniseries with Portland.

“Boston will be a real indicator, although the NBA League is really unpredictable this year. Boston also received as many as 150 points from Oklahoma… I am especially worried about the defense in Dallas, because the three best defensive players are injured: Maxi Klebera, Dorian Finney-Smith and Josh Green.” the D Magazine and Dallas Mavs Moneyball contributor set his sights on the Texans’ next opponents.

From a team-building standpoint, the big question in Dallas is what to do with Christian Wood. He was brought in as a four, a wing center, who was supposed to help the attack from the bench. Now he has become the team’s second attacking weapon, the fans have seen a center who takes advantage of Dončić’s passes and ideas. Wood could receive a four-year, $77 million max contract, but the Mavs are only offering him a two-year deal.

“When you talk to people around Dallas, you see it’s not that simple. Turbulent past, he changed seven clubs. Even in the beginning, Kidd had him at a distance and when he was injured, he was forced to put him in the first five. He’s great in attack , everything that was wanted from Kristaps Porzingis. Even on defense now with blocks but covering mistakes. Dallas is insisting on a two year extension. Because there are very few teams willing to take Wood for four years because he is a big unknown as a player ,” Franko summed up the situation with Wood, whose value and importance to the Mavs was discussed announced in an analysis for D Magazine.

“It was also no secret last year that Houston wanted to sell Wood, but didn’t get any better offer than the summer one from Dallas (26th pick and four players). Still, Dallas can’t afford a new “Brunson”. Everyone is talking, that if there is no contract extension, that he will be replaced by the transfer window, where his value will not be very high again.”

Dallas’ offense falls apart when Luke isn’t on the floor

After half an hour of conversation, the table of three only came to the central point and the first star. The 23-year-old Slovenian continues to improve from season to season, and now he acts as if he has taken two steps forward, and with him on the floor, the entire team plays inappropriately better than without him.

MVP: Is it really the Jokić-Dončić match now?

For an even more extensive analysis of the fight for the title of MVP and why and how Luka Dončić could eventually overtake Nikola Jokić in the selection for the league’s most valuable player, listen to the second half of the conversation in the 96th episode of the SOS-Echoes podcast.

You are invited to listen to the entire conversation, which also covers the following topics: − how to avoid the outcome of the match before watching it with a delay − thoughts about “tanking” before the winning streak − a bad sign for McGee even when Dončić did not know about his name− problems with the defenders: Walker burned out after just one game with 40 minutes − lack of Brunson, who is now knocking on the All Star door− Dončić destroys the algorithms and his predicted peak − MVP and why the story is important in the selection − “Luka understood and won , what is this NBA” – a few LD77 turnovers and steals – conspiracy theories: scoring records and dramatic playoffs – interesting fact about the number 96: from the number on the jersey to 1996 in Dallas and the USA

Previous article
Valparaiso experienced a slight decline in tourist and hotel occupancy, reaching an average of 72%.
Next article
In the Vatican at the funeral of the emeritus Pope Benedict XVI. tens of thousands of people are expected