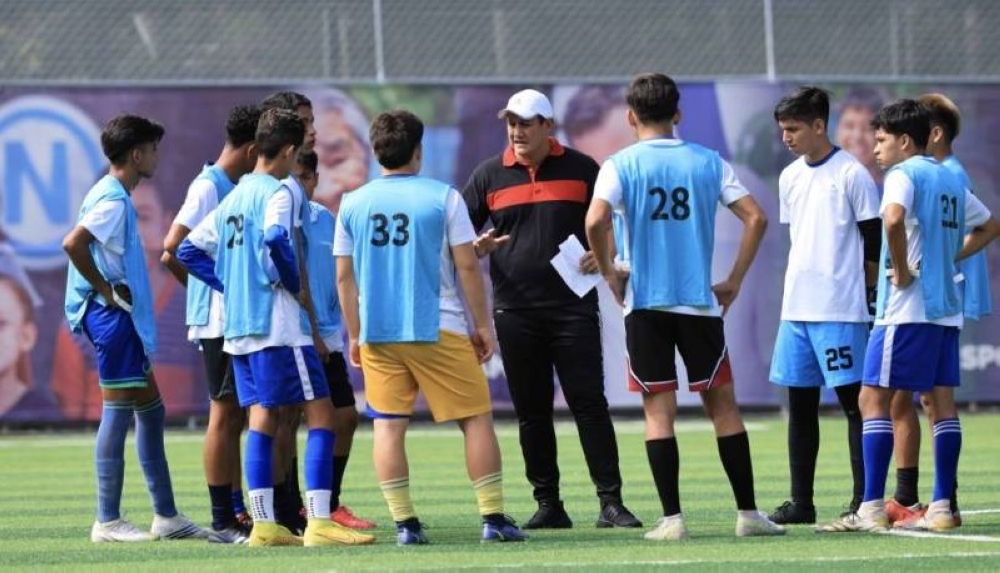 Portugal coach Manuel Cardoso is developing a team for players born in the 2004 National Football League (LNF). From now on, the most prominent personalities travel to the country of Portugal to train at the Bsports High Performance Center.

Two shifts each day from today until next Saturday, the activities take place at the Nuevo Cuscatlan Municipal Stadium.

“There are a lot of young talent in El Salvador and we want to find them, so it is a great pleasure to be here.

As he explained, although this is his first time in El Salvador, Bsports is represented in 32 countries. Responsible for recruiting personnel to be incorporated into professional teams from the 4th to the 1st stage.

“Today and tomorrow we have two matches and one on Saturday is a match with the players to choose who will go to Portugal for 11 months,” said Cardoso.

“We are with the general director, who is also a scout and an international coach. We are coming because of an invitation from INDES and an agreement with the International Soccer School,” said Carranza.

The International Director from El Salvador highlighted the activities of the LNF and the results it has produced despite the short time it has been in operation.

“We found ourselves at INDES through our lawyer Yamil Bukele. The league was founded just a year ago but has already achieved great results. I know there are young people leaving for the department, it’s great, very interesting and important for football in El Salvador, ”he commented.

Carranza revealed that they were motivated by the work done at LNF and chose to join because it opens up new opportunities.

“As a Bsports high performance center in Portugal, we want to contribute something to this wonderful project for young people who need sporting opportunities. is due to scout Manuel Cardoso, see these youngsters on the playing field, both individually and collectively,” he explained.

Traveling players have time to adjust They receive comprehensive training, both academically, linguistically and nutritionally, among others.

“Once we get there, after a brief adaptation, we’re going to assess their individual and collective talent capabilities so they can bring us to the club.