Double Norwegian victory, Hadalin to the first slalom points of the season 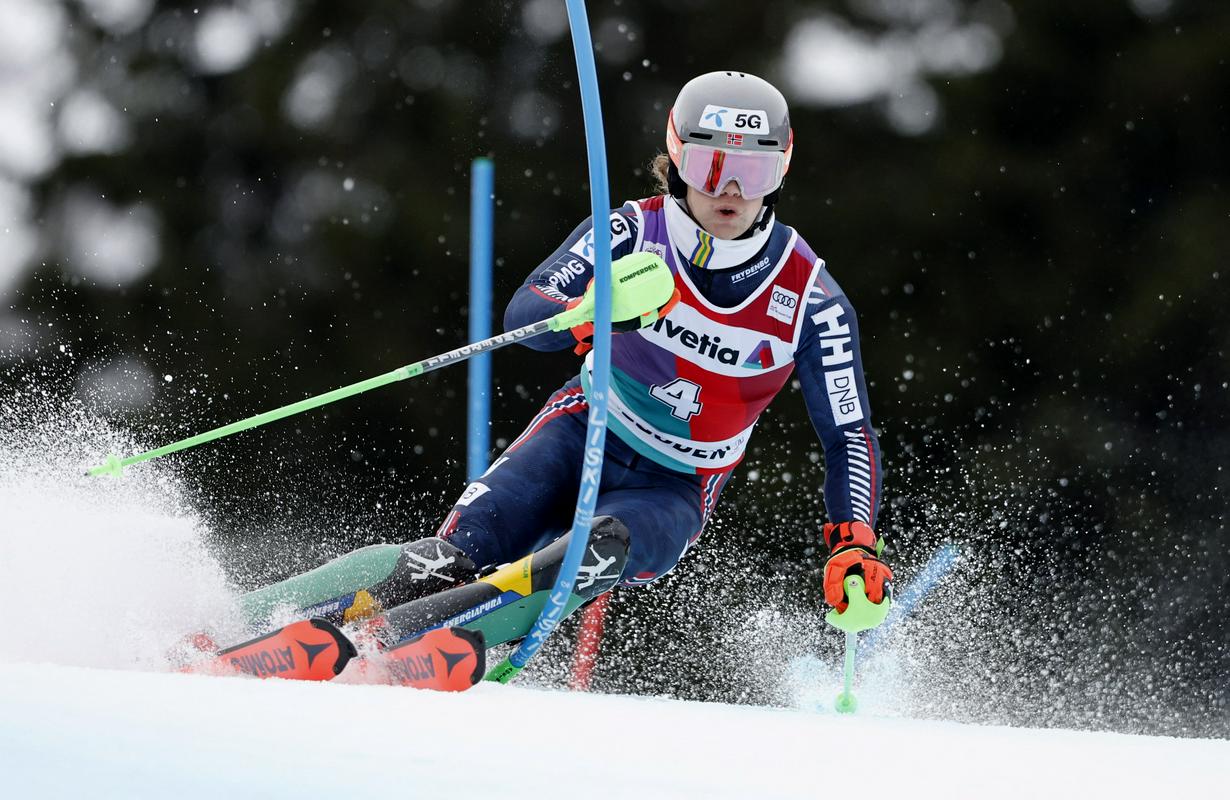 First favorite Kristoffersen after a mistake without a final

Lucas Braathen handled all the pitfalls of the undulating slalom course in Adelboden in the style of a seasoned master and convincingly defeated his rivals. The Norwegian victory was completed by Atle Lie McGrath with second place, Linus Strasser was third.

Stefan Hadalin won his second points this season with 14th place (+2.10). In the final, he gained six podiums with the fourth time. His best ranking remains 9th place from the opening giant slalom in Sölden.

Braathen led after the first run of the fourth slalom of the season, and in the final he increased his advantage over the first pursuer. In the end, the jump amounted to 71 cents. Strasser kept his place on the podium by one hundredth.

For Braathen, after the giant slalom in Alta Badia and the slalom in Val d’Isere, this is the third victory of the season, and the fifth overall in his career.

After the first run, Braathen had a lead of 52 hundredths ahead of Loic Meillard and 60 ahead of Strasser. Manuel Feller and McGrath were less than a second behind. Hadalin had the 20th time (+2.93). After reaching the finish line, no one overtook him. Tijan Marovt he retired halfway through the first course.

First favorite Henrik Kristoffersen made a big mistake with number one, falling behind by more than four seconds and missing the final. With number two, he retired on the first track Clement Noel.

“I am very happy that I put together two very solid runs. The first one was already very solid, I had a solid speed, considering that I had a very high starting number. In the second I tried to relax as much as possible and ski, which yes good i did that i had the fourth time in the second run and in the end 14th place which is great” said Hadalin.

“At the same time, this is my second best slalom result here in Adelboden and I am happy and proud of myself that it turned out like this. Now first the journey home and a little rest, and then, if lucky, training in Kranjska Gora or somewhere in Italy and on to the next matches in Wengen,Hadalin said.

22 points by Aleksandar ShaškovSo far this season, the Helios basketball players have lost only twice to Krka in the national championship, and they...
Previous article
Moscow claims that 600 Ukrainian soldiers were killed in the attack. Ukraine denies the allegations.
Next article
Today we say goodbye to Pokljuka with relay races