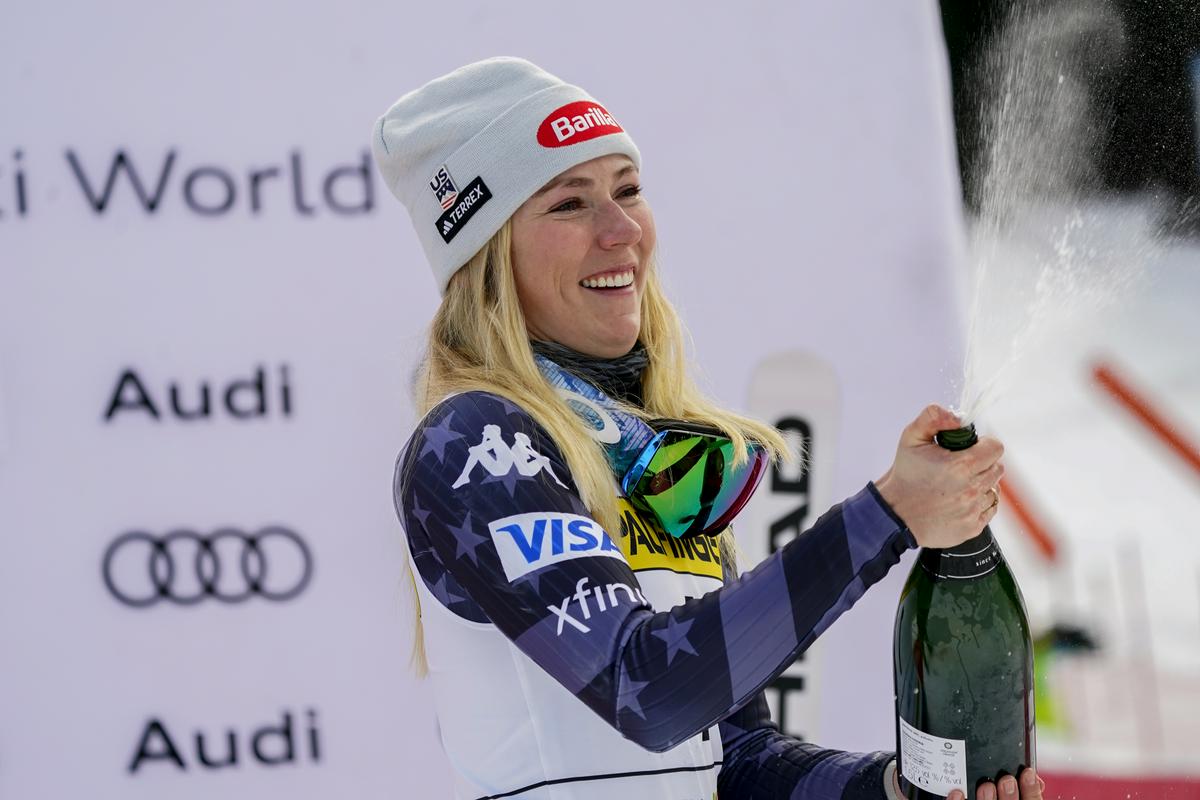 With her 82nd victory in the World Cup, the American equaled the milestone in the women’s competition, which was set years ago by her compatriot Lindsey Vonn. The record for the number of victories can be broken already on Tuesday, when the slalom will be held in Flachau.

This was the 17th career giant slalom victory for the 27-year-old from Colorado (only the Swiss has more Boil Schneider – 20). She achieved the most in her flagship discipline of slalom (51), she won five times in the super-giant slalom and parallel trials, three times in the downhill and once in the combined.

This was, among other things, her seventh victory on Slovenian soil, the first since February 2019, when she won both races in Pohorje, in the giant slalom and slalom, and the first in Kranjska Gora since January 7, 2018, when she was the best in the slalom.

She immediately set the best timeShiffrin, who took (only) sixth place on Saturday after five consecutive victories, opened Sunday’s race with starting number 1. She did her job with distinction, practically without mistakes, it soon became clear that her time would be difficult to achieve, or exceed. In the end, the Italian woman came closest to her Federica Brignonewho was 24 hundredths of a second behind, the winner of Saturday’s test, the Canadian Valerie Grenier, was also excellent this time, winning third place (+0.39). Leader in the giant slalom standings, Italian Marta Bassinowas 73 percent behind in fourth place. Ana Bucik with starting number 16 again showed a good performance, especially in the middle section, in which she achieved the fourth best time. She ended up finishing 10th, one second and 23 hundredths of a second behind Shiffrin. Tina Robnik she took to the track with starting number 37 and fell behind by two seconds and 18 hundredths, she won 26th place. She was left without a final Neja Dvornikher gap was 2.78 seconds, which was only good enough for 40th place.

In the end, no problems until another victoryIn the final, a great feat was achieved by the Swiss Andrea Ellenberger, 29th from the first race, who won as many as 17 places with an outstanding performance in the final! The first one who managed to oust her from the top was a Norwegian Therese Maria Tviberg. In the end, the best after the first run, Brignone and Shiffrin, battled for the win. The Italian just managed to beat the Swiss Lara Gut-Behrami, which in the end had to settle for third place. But Shiffrin was simply in a class of her own this time. At the start, she had a lead of 24 hundredths, she only increased it, at the last measurement of the intermediate time she was 87 hundredths in front and the victory was guaranteed. In the end, Bucik kept the 10th place from the first part, while Robnik slightly spoiled her ranking in the final, she was 29th.

Shiffrin very restless before the final“Before the final, I was quite restless. I got a rash on my face, I was so nervous. I don’t know why. Maybe because of a possible 82nd victory. I just wanted to ski the second part well, and I managed to do that, “ said a visibly relieved Shiffrin after her big win in the finish arena, taking a moment to rest and then kissing her skis. “It was a real struggle, but the conditions were also quite incredible. I received a message from the coaches that the track allows attacking and that I should simply go all or nothing. I have found myself in such a situation in the past and wasted the opportunity. This time I wanted a different outcome,” she added.

Ana Bucik’s goal fulfilled: twice among the 10“Great, I’m very happy and satisfied with my skiing. I managed to do what I wanted before this weekend. These are two results in the top ten,” Bucik said after the 59th Golden Fox. Robnik, who earned two new World Cup points, added: “It’s a real shame that these mistakes started happening. I felt really good at the top, I was really confident. Then I made a sudden mistake where I got a bit scared because I almost hit a peg. Then the mistakes happened again and it wasn’t pleasant. However, I really fought until the end.”

The season of female alpine skiers continues this Tuesday, when the night slalom for the World Cup in Flachau is scheduled. Next weekend, female skiers in fast disciplines will come to their account, as in St. Anton on the schedule of downhill and super-giant slaloms.