Another defeat for Olimpia before the DP final 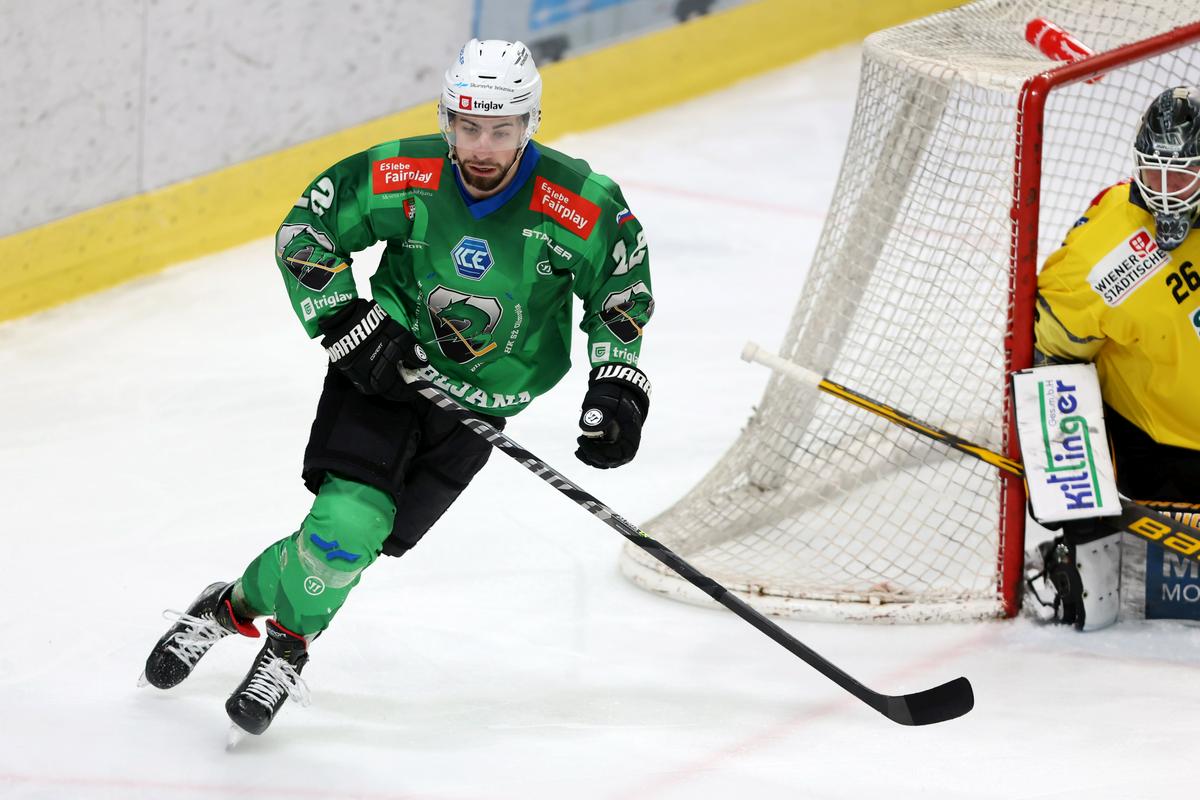 On Tuesday, the eternal derby between SŽ Olimpija and SIJ Acroni Jesenice

The hockey players of SŽ Olimpija suffered another defeat in the IceHL League. In the 38th round, the people of Vienna were better in Tivoli (1:4). There are 14 laps left in the regular season and tenth place is getting further and further away.

After Friday’s extremely poor performance and the defeat against last-placed Vorarlberg with 0:4, the dragons tried to correct the impression. Kristjan Čepon, Aleksandar Magovac and Rok Kapel were missing.

Zimmer scored after a solo breakThe hosts started the match in the style of most recent matches and quickly found themselves behind, the visitors took the lead in the 3rd minute. The puck bounced from Mario Fischer in the middle of the ice surface towards the Olimpia goal, and Maxwell Zimmer slipped alone in front of Žan Us and reliably threatened him. The continuation was better, the home team was more equal, they also defended the first advantage of their rivals with one more player. But they did not create significant opportunities to equalize, and the Us goalkeeper had to prove himself a few times in the face of more dangerous Viennese shots.

Bradley gladly accepted the gift of the UsaBut the beginning of the second period indicated the direction the game would go. After nine seconds, when the dragons even had one more player, Us made a big mistake. He slid down the goal and stopped the puck, but it bounced straight onto the stick of Matt Bradley, who just put it into the empty net for 0:2. It was already the eighth goal Olimpija conceded this season when they had the advantage of more players!

Defenseman Brunner made the Dragons’ defense laughDespite some promising actions later on, the hosts did not get a reduction, but the visitors increased the lead even more. In the 34th minute, defender Nico Brunner noticed a hole in Olimpija’s defense and slipped past all the defenders, then skilfully outplayed Usa and pushed the puck into the empty net. New major dragon defense bug. When Nejc Stojan was sitting on the penalty bench in the 37th minute, Jeremy Gregoire put the rebounded puck into the net from close range for 0:4.

Simšič scored an honorable goal, and the fight impressed the spectatorsThus, the match was practically decided after two thirds, and in the last part, Olimpija scored an honorable goal. In the 45th minute, Nik Simšič shot from the left side and surprised goalkeeper Stefan Steen, the puck went between his legs and into the net. It was too little for anything more than a cosmetic mitigation of the defeat.

In the 52nd minute, the spectators enjoyed the boxing match between Carl Neill and Mario Fischer. There was a scuffle and it honestly boiled over on the ice surface. Just half a minute later, Bradley ran into Marc-Olivier Vallerand with his stick. He received a five-minute penalty and a game disciplinary penalty. Veteran Rafael Rotter and Vallerand then pushed each other and both received a two-minute penalty. Olimpija pressed, but even in five minutes the player’s advantage was not reduced.

Šivic is aware that the address must remain in Ljubljana“Before the game, I showed them good actions from previous games. When we are going, the boys are full of confidence. It’s hard to take responsibility now. The people of Vienna punished our every mistake. Until today evening, I did not think about the final series of the national championship with the people of Jesenice. These games will not affect the departure of the regular season of the IceHL League. The matches for the title of Slovenian champion carry a lot of weight and we are aware that we have to win the title. Of course, they also have the same wishes in Jesenice“, coach Šivic added.

In the IceHL League, the green and white will now have an almost two-week break. The next match awaits them on January 20 in Hungary.

On Tuesday, the DP final on TV SLO 2 and MMCThe highlight of the home season awaits them next week, the final of the national championship against SIJ Acroni Jesenice. The first match – they are playing for two wins – will be on Tuesday at 18:30 in the Tivoli Hall. Transmission on TV SLO 2 and MMC.

Luka has been playing professional basketball for so long that he has seen almost every defensive formation. When I was 16, I hadn't...
Previous article
Dončić is expected to miss the game against Oklahoma
Next article
Bolsonaro Supporters Call for Coup in Brazil: They Invade Government Palace and Supreme Court