Shiffrin not only has the most wins, but also the highest winning percentage 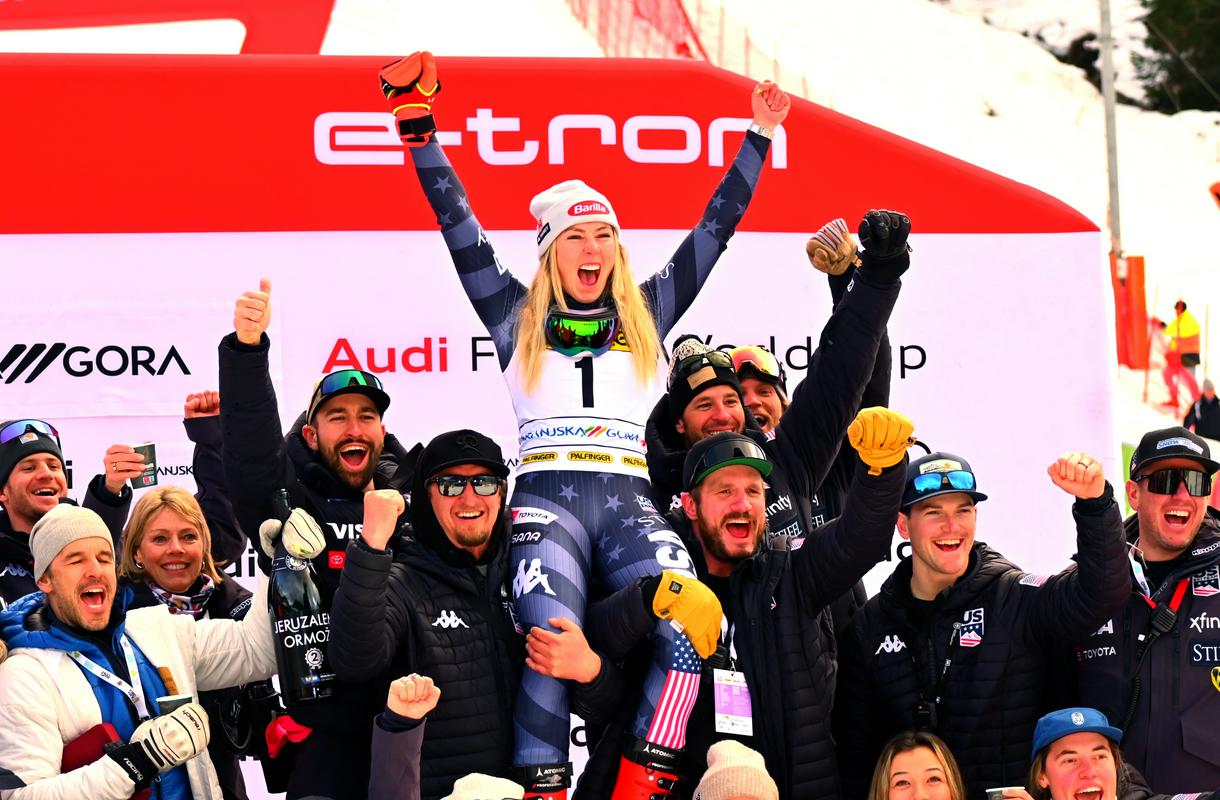 Part 968 of the Sports SOS column

Mikaela Shiffrin is having a dream season, as she managed to collect at least eight wins in the same winter for the fourth time. With the last one in Kranjska Gora, she equaled her compatriot Lindsey Vonn (82 victories), while Ingemar Stenmark, who has only four more victories, is within reach.

This time, on the Sports SOS portal, we are answering your questions about alpine skiing. You are still welcome to ask questions (regardless of the sport).

2068. Which are the most successful female skiers according to the number of World Cup appearances?Miha Dajčman

American woman Mikaela Shiffrin in Kranjska Gora equaled the extraordinary record of 82 victories by a compatriot Lindsey Vonn. She is extremely efficient at this, as she needed far fewer matches than Vonn, as she managed it in her 235th match, while Vonn competed 402 times in the World Cup.

In the table below, there are all female skiers who celebrated more than 25 victories in the World Cup, as well as the percentage of victories (based on the number of appearances).

Note: Female contestants with an asterisk definitely have a lower percentage of wins than stated, since the oldest World Cup seasons do not have all the results preserved (but only all the points winners, but where the mentioned contestants did not always manage to place in reality, so the percentage is definitely lower), which in in fact, Mikaela Shiffrin’s success only increases.

2069. Shiffrin has already won eight times in the season. Which female skier has the most seasons with (at least) eight wins? Borut Okorn

It’s at the top of that list Lindsey Vonn, who has as many as six seasons in which she collected at least eight victories. She is followed by Mikaela Shiffrin and Annemarie Moser Pröll (four seasons), and only Anja Pärson, Janica Kostelić and Marie Therese Nadig have two such seasons.

Shiffrin therefore owns the record for the most wins in one season. In the table below are all female skiers who collected at least ten victories in one season.

Previous article
A new strategy in healthcare: with a doctor’s referral to the museum
Next article
Infected tennis players will also be able to play in Melbourne this year