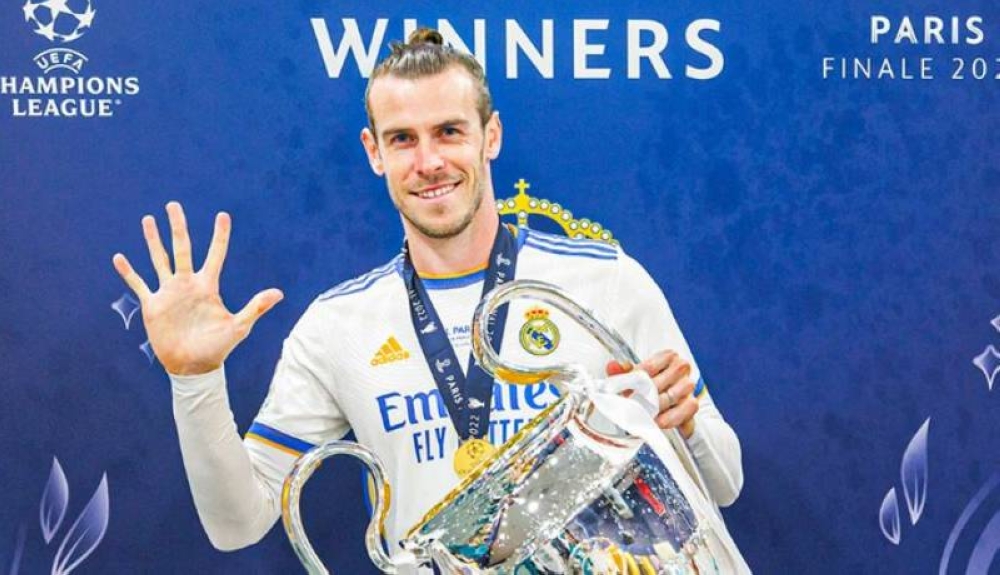 Gareth Bale announced his retirement from football after working for Los Angeles FC in MLS in the United States in the last six months, so after the announcement, Real Madrid issued a statement ‘thank you’ for helping ‘merengue’ win multiple titles.

Real Madrid said in a statement: “Following the announcement of Gareth Bale’s retirement from professional football, Real Madrid CF wishes to thank, admire and love the great legend of our club and world football. I would like to show

“Bale was part of the team during one of the most successful stages in the team’s history. And forever, it represents many of the brightest moments of the last decade,” added the Merengue Club, where Bale played from 2013 to 2022.

“His figure will forever be linked to the history and legend of our club,” added Real Madrid, where Bale has won 19 titles, including five Champions Leagues and four Club World Cups.

Bale announced his retirement from football “immediately” on Monday after participating in the World Cup in Qatar with his team. Wales are eliminated in the group stage.

“After careful and thorough consideration, I am announcing my immediate retirement from club and international football,” the former Real Madrid, Tottenham and Los Angeles FC player wrote in a message posted on social media. .

Opening of the exhibition of original forgeries by Marcelo Valentini in the Vžigalica GalleryWhile studying painting in Italy, Marko Premrl, who works under the...
Previous article
La Liga president mocks Piqué and Ibaye’s Kings League: he won’t give him more than six months
Next article
Hugo app has stopped working and users must download Orders Now