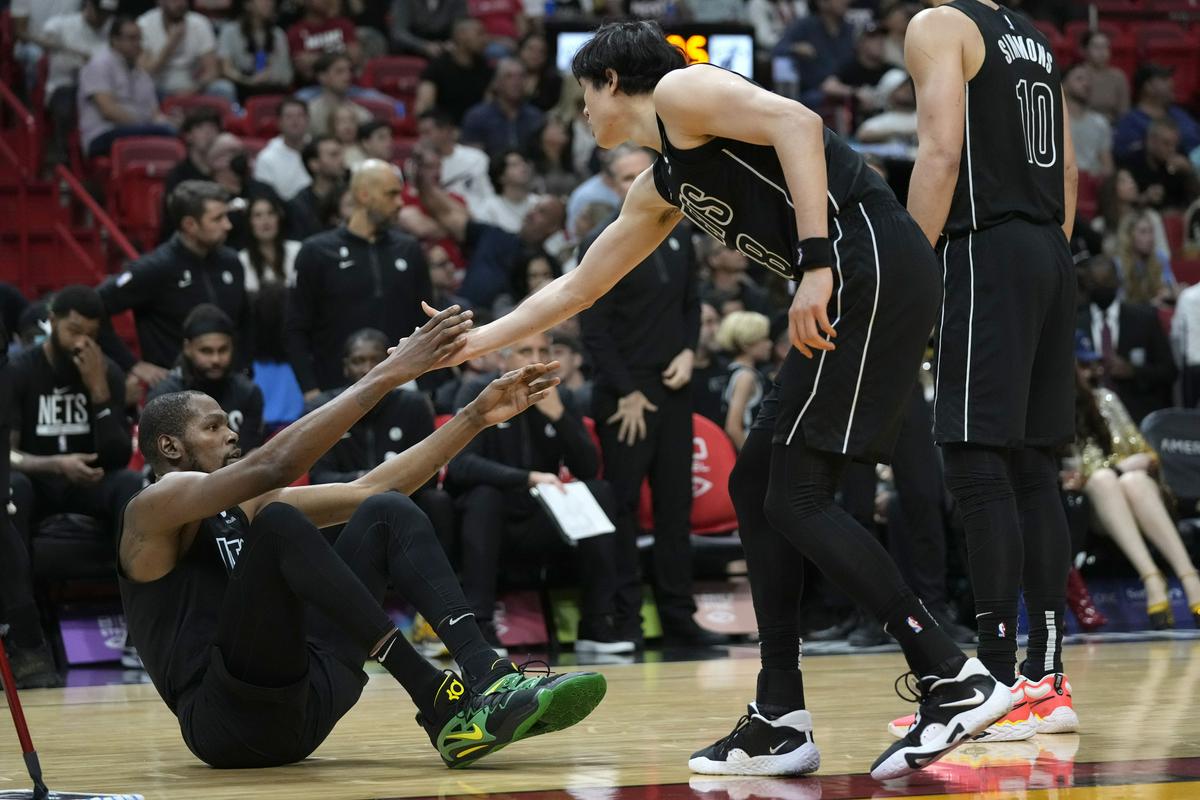 Kevin Durant left the game with 36 seconds left in the third quarter Sunday in Miami with a right knee injury. Detailed examinations showed that he will have to rest for about a month. The next checkup will be in two weeks.

Jimmy Butler tried to penetrate under the basket, but was blocked by Ben Simmons, the Miami star fell on Durant’s knee from behind. The 2017 and 2018 Finals MVP stayed on the floor for half a minute, and then the pain was too much. He immediately went to the dressing room. The doctors found that it was an injury to the collateral ligaments in the right knee.

On January 15 of last year, Durant injured the collateral ligaments in his left knee in a game against New Orleans. He rested for a month and a half, and the Nets lost eleven games in a row.

Durant averaged 30 points, 6.8 rebounds and 5.4 assists this season. Brooklyn has won 12 straight, won 18 of its last 20 games and moved into second place in the East.