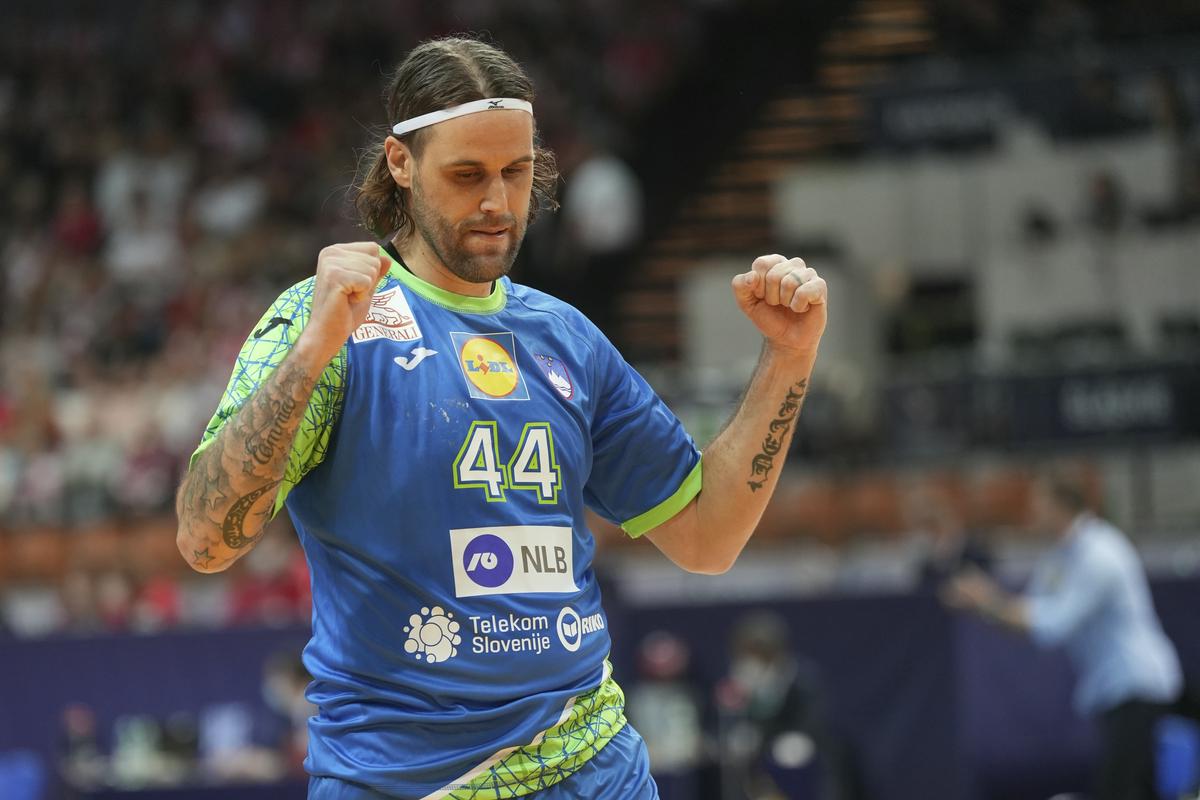 Slovenia and France are currently playing for first place in the pre-competition group B at the handball WC (start at 18:00). If the Slovenians succeed in their new venture, they could realistically think about the quarter-finals. At halftime, France leads with 16:14.

In the first 30 minutes, Slovenia did not manage to repeat the outstanding performance in the previous round against Poland, especially eight turnovers in the attack were critical. The defense was also not at such a top level, fortunately, the goalkeeper Urban Lesjak was in a good mood (8 saves in the first half), who stopped several counterattacks and was also in a good mood when defending seven-meter goals.

The French quickly found their rhythm, taking a three-goal lead for the first time just before half-time when Nedi Remili scored his third goal. In the 25th minute, Remili earned his second suspension. Two minutes before the end, one of the Slovenian debutants, Tadej Mazej, was among the scorers (13:16), while Alek Vlah, with his fifth goal, brought Slovenia only two goals behind (14:16).

Slovenia is without Borut Mačkovško, who, after doing an excellent job in defense in the match against Poland, is resting as a precaution, as he still has some problems with a knee injury. Grega Krečič is available to coach Uroš Zorman, who missed the opening two matches in Katovice due to infection with the new coronavirus.

The winner will carry over four points to the second part of the competition. The opponents in this part will be Spain and most likely Montenegro and Iran from Wednesday to Sunday. The two best teams from the newly formed group qualify for the quarterfinals.

The order: Slovenia and France 4 each, Poland and Saudi Arabia no points.

The order: Spain 4, Montenegro and Iran 2 each, Chile no points.

The order: Sweden 4, Brazil and Cape Verde 2 each, Uruguay no points.

The order: Hungary 4, Portugal and Iceland 2 each, South Korea no points.

Bad luck with injuries throughout his careerTina Robnik ended the season early due to another serious injury. The 31-year-old dislocated her right knee...
Previous article
They march against the emergency regime and defend the peace deal
Next article
The beginning finally again in Australia, but also a season without the Pogačar – Roglič match?