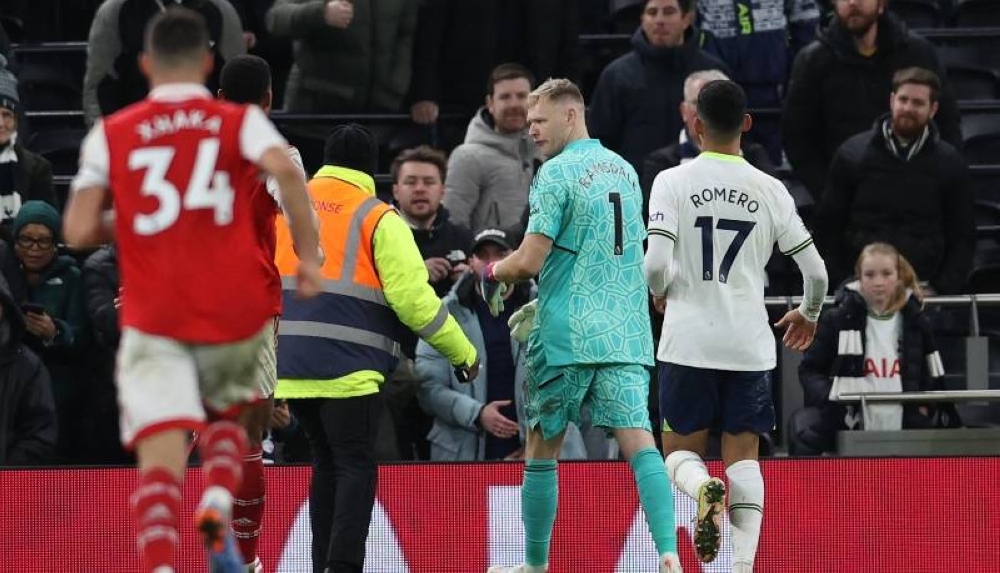 Arsenal’s 2-0 away win in the London Classic against Tottenham ended with several incidents on the pitch It mostly involved goaltender and Gunners figure Aaron Ramsdale, who was eventually pummeled by the local sidelines.

The French goalkeeper tried to intercept Bukayo Saka’s powerful cross, but the rebound ended inside his arc, making the Gunners 1-0 in the London derby.

Once the match was over, the winners began celebrating their victory and were the undisputed leaders of the Premier League by eight points (47 to 39) over defending Manchester City. However, the camera was left with an altercation between Brazil’s Richarlison and Lumsdale.

The Tottenham forward complained to the British goalkeeper about the excessive celebration, realizing he was provoking his rivals and fans. when A young Hotspur supporter came downstairs and betrayed the Arsenal footballer.

I absolutely hate how Aaron Ramsdale is treated in this video. @FA Protect your players. pic.twitter.com/9K9HDway55

The raiders quickly fled without being stopped by the guards. Riots erupted in conflict zones where stadium officials intervened, and even Arsenal coach Mikel Arteta stepped in to bring his team to the area where his supporters were.

It was a special match for a team that leads the Premier League over 19 days. Arteta’s men were able to take advantage of the situation and opened the scoring in the 14th minute of the first half after an unusual mistake by Hugo Lloris, who was unable to hold back a cross from Bukayo Saka. The second was Norwegian Martin He scored 36 with Odegaard’s long-range shot.

Ramsdale was also crucial in keeping the Gunners clean on goal. He covered several goal situations for the locals and stepped in against Harry Kane, who reprimanded the goalkeeper at the end of the match, and South Korea’s Son Heung-min, Pape Saa and Richarlison.