Too many mistakes to surprise the Olympic champions 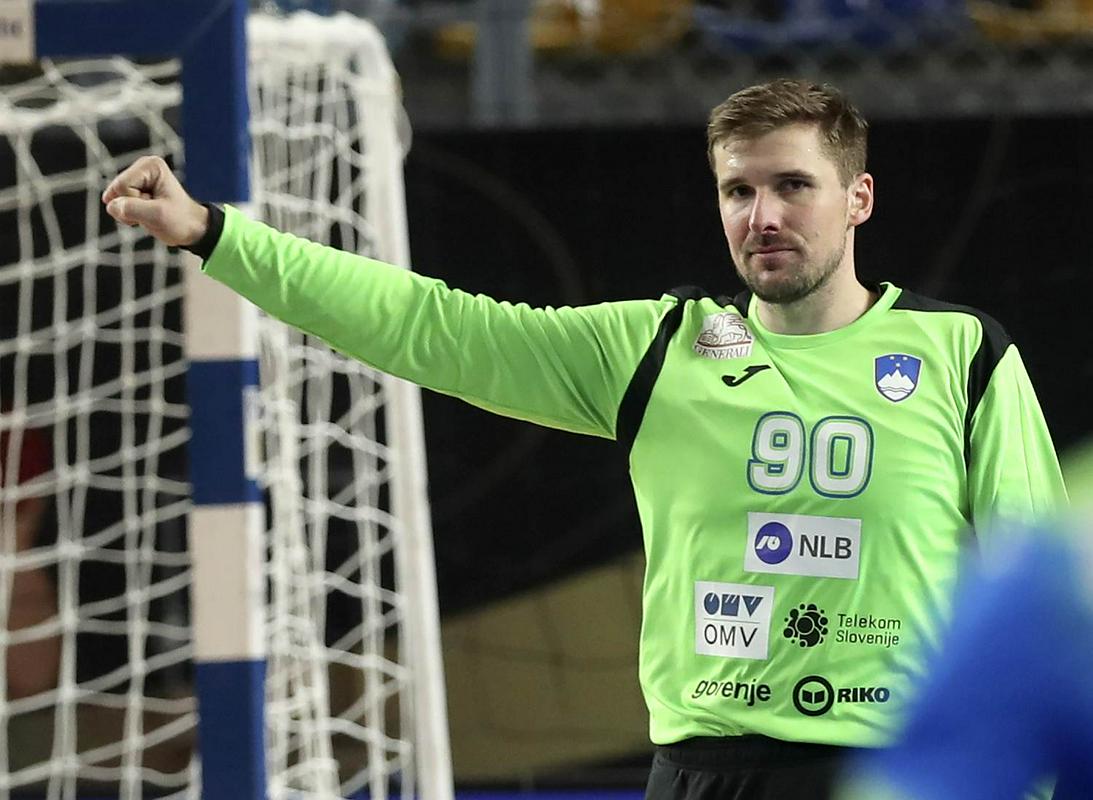 Slovenian handball players will take two points to the next competition at the WC. France was too strong (35:31), Slovenia was not aggressive enough in defense, and above all, they gave the Olympic champions too many balls, as they committed as many as 14 technical errors.

From the beginning, France had everything in their hands, in the first half they gained a five-goal lead against eight Slovenian turnovers, but everything was still open at the break (16:14). Since Slovenia was not as aggressive in defense as during the feat against the Poles, Borut Mačkovšek was sorely missed, the French were constantly at a safe distance. Slovenia got a little hope only at the end of the 57th minute, when the best Slovenian scorer Aleks Vlah (9 goals) scored from the seven-meter box for 30:33. But in the very next attack, Melvyn Richardson scored for the first time and decided the game.

Lesjak saved the Slovenians in the first halfFrance is thus first in Group B (they take four points to Krakow), Slovenia is second. It was quickly clear that the French are in a higher league than the Poles, whom the Slovenians outplayed on Saturday. They quickly found their rhythm, taking a three-goal lead for the first time just before half-time when Man of the Match Nedi Remili scored his third goal. Before halftime, the Slovenians came close, in the 28th minute, one of the Slovenian debutants, Tadej Mazej, scored for the first time (13:16), and Aleks Vlah set the score of the half with his fifth goal (14:16). The Slovenians were not the right team, eight turnovers in attack were critical. Fortunately, goalkeeper Urban Lesjak was in a good mood, making eight saves before the break.

Karabatic scored a six-goal advantageSlovenia started the second half just like the first – with a wasted seven-meter shot (Dean Bombač). Vincent Gerard saved a few more shots, and Nikola Karabatic increased the French advantage to 22:16 in the 37th minute. At the end, the Slovenians came a little closer, but they used too much power to turn the tide. Domen Makuc scored in the 54th minute after a counterattack for 32:28, and Blaž Janc scored his first goal in the second half in the 56th minute to reduce the deficit to three goals.

Wednesday against MontenegroBoruta Mačkovška, who did an excellent job in defense against Poland, rested as a precaution, as he still has some problems with his knee injury. Slovenia’s opponents in the 2nd part of the championship will be Spain, Montenegro and Iran from Wednesday to Sunday. The first opponent will be Montenegro on Wednesday (broadcast on TV SLO 2). The two best teams from the newly formed group qualify for the quarterfinals.

The order: France 6, Slovenia 4, Poland and Saudi Arabia no points.

The order: Spain and Montenegro 4 each, Iran 2, Chile no points.

The order: Sweden and Brazil 4 each, Cape Verde 2, Uruguay no points.

The order: Hungary and Iceland 4 each, Portugal 2, South Korea no points.

Previous article
They march against the emergency regime and defend the peace deal
Next article
The beginning finally again in Australia, but also a season without the Pogačar – Roglič match?