David Boquin: ‘I’m back in El Salvador because I’m here to take care of my baby’ 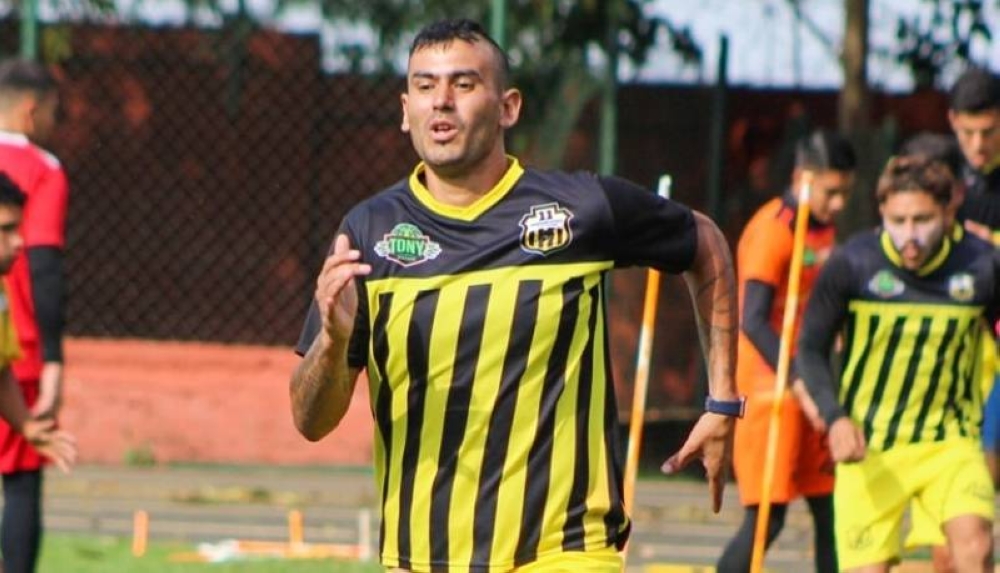 Deportivo once introduced Argentinian striker David Boquin on 23 DecemberAfter spending two years in Guatemalan football, he returned to El Salvador where he played for the defunct Sonsonate FC, but the reason for his return was to take care of his two-year-old son.

Bokin said after leaving Sonsonate, who played together from the 2019 Apertura to the 2021 Clausura, was unable to continue in the major leagues due to salary issues. He started playing football in Guatemala for Deportivo Mictlan, which plays in the country’s second division. Kevin also went through Suchitepequez where Santa Maria was.

“My first team after Sonsonate was Mictlan. We lost promotion to the second division. Then I went to Scitepequez. It’s been very good for me. People had a lot of affection for me. “I made the decision to return to my country because I had a baby in El Salvador and lured me to return to the country,” the Argentine striker said.

“El Salvador and Guatemala are at the same level. You can see it when you face each other. Deportivo once played against Communicaciones and they drew. I was also attracted to having a two-year-old boy. He was born in this country to be in,” he added.

bokin finished the stage Sonsonate scored 11 goals in 42 games before being eliminated in the semi-finals by Alianza FC. But now, back in El Salvador, wearing his old Deportivo jersey, he was able to meet an old friend.

“The welcome was great, because I met a lot of my acquaintances who were with me at Sonsonate, like Carlos Villagran. The welcome was good and we knew each other,” said the Argentinian.

Boquín remembered the team that scored the most during the Sonsonate era.“I loved scoring against the FAS. It changed all the teams. Thankfully I even scored against the FAS by accident because the last goal in a 2-2 game was slow. Because I remember that I exceeded the goalkeeper and I had that quota.

Boquín stated his goal for Clausura 2023 in the Sports Eleven, two points away from last place leading to the relegation zone currently held by LA Firpo.

“One thing leads to another. We have to focus on the fact that we are in a lower position. The need to add leads to the desire to be in a higher position. “It’s a young team with a lot of desire. Ready to run, he was strong before the season,” said the Gaucho striker.

“We have two tournaments, the Alianza tournament, the FAS and Aguila, which are well put together with the highest budget of any tournament. Then with Firpo we have to fight from the bottom and reach the top,” he said. Added.

Previous article
Milena Mayorga gives us a closer look at Miss Universe El Salvador
Next article
What are El Salvadoran houses made of?