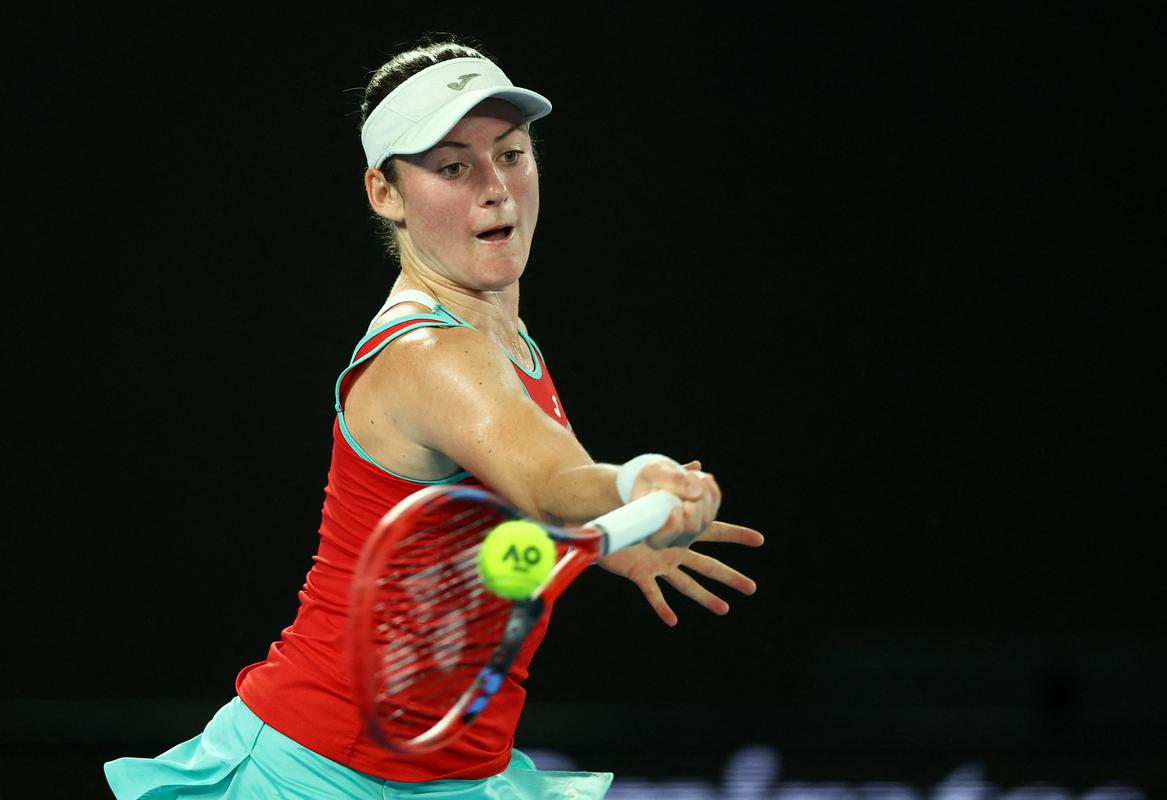 On the center court in Melbourne, Tamara Zidanšek was two sets behind Ons Jabeur. In the opening set, she wasted three balls for a set, then tied the match, and in the decisive set, the Slovenians showed their strength and the second seed of the Australian Open won 7:6, 4:6 and 6:1.

Tamara Zidanšek started the Australian Open 1st round match with a break, but then she Ons Jabeur streaked four games for 4:1. But the Konjičan woman rallied and tied the game at 4:4 after her service was taken, and in the tenth game she saved the final ball from the Tunisian woman. The first set was decided by an extended game, in which Tamara Zidanšek took the lead with 6:4, but Ons Jabeur kept calm and canceled as many as three balls of the Slovenian woman for the opening set. In the end, after more than an hour of play, the world’s second tennis player won the tie-break with 10:8 and the first set with 7:6.

After the disappointment came the tie

In the second set, there was no break since the eighth game, when Zidanšek took a 5:3 lead. Jabeur responded immediately with a rebreak, saving the ball for the set. However, the 98th tennis player in the world rallied and nevertheless took advantage of the Tunisian’s problems with the opening shot and after 40:15 came to a new final ball, which she immediately grabbed and tied the match with 6:4 after 41 minutes of play in the second set.

After 1:0, only the second seed played

The third set started with a game in favor of Tamara Zidanšek, who then ran into the wall. Only the second seed from Melbourne was playing, and she quickly strung together six games and after two hours and 17 minutes, just made it to the second round of the inaugural Grand Slam tournament. The third set lasted only 28 minutes, between the second and fourth games, the currently best Slovenian player won only two points!

“She was putting tremendous pressure. I know she’s a player who doesn’t give up. I was nervous, which I showed in the second set, and then I grabbed the racket and said to myself, win this match,” the 28-year-old confirmed in her first on-court interview that she benefited from showing anger and throwing her racket on the ground when she was losing the second set.

After the tie, Tamara Zidanšek took a break, during which time Ons Jabeur gathered herself and showed her tennis, which is why she is currently the second player in the WTA ranking, where the Slovenian only occupies the 98th place.

“My husband is in for a long night with a huge massage,” finally released Ons Jabeur, whose husband is also her fitness coach, making Rod Laver Arena laugh.

The most anticipated men’s match on the second day of the 2023 Australian Open lasted four hours and 49 minutes. Fan favorite Andy Murray challenged 13th seed Matteo Berrettini, which meant full stands of Rod Laver Arena and a beam of spotlights.

The Scot won the opening two sets, but then the Italian woke up and leveled. The fifth set was forced by Berrettini only in extended play, in which Murray saved two balls for the set, but did not come up with a single chance to win and advance. In the end, Berrettini tied the match at 2:2 in sets with 9:7.

The fifth set was also incredibly close. In the tenth game, the 26-year-old Romanian won the final ball, but the 35-year-old from Glasgow saved it and tied the game at 5:5. With a sovereign serve, the winner was decided by an extended game to 10 points, as we are used to in doubles games.

In the extended game took a 5-0 lead

Murray started strongly, taking a 5-0 lead, but Berrettini didn’t give up and managed to cut it to 8-6, before the Scot just finished the job and after almost five hours, he was delighted to progress to the second round of Melbourne.

“Overjoyed. Proud of myself. A lot of work has been put in the last months. Thanks to the team that I was able to perform like this against Matteo,” was a visibly tired but smiling Andy Murray after the match, who also demonstrated extraordinary physical fitness during the five-hour match. In doing so, he ended Berrettini’s streak of success in extended games – he had previously won nine tie-breaks in Melbourne.

“I didn’t know his stats, which helped a little bit. It was the first time I played an extended game to 10 points, which is a lot different than seven points. I think he played some pretty good tennis in the end, though.” Murray added.

He also had to play five sets in just over four hours Sasha Zverev, who is coming back from ankle surgery. Against the Peruvians To Juan Pablo Varillas trailed 1:2 in sets, equalized with the help of an extended game, and won the decisive fifth set 6:4.

Eliminated a friend to begin with

Fifth seed Andrei Rublev easily eliminated Melbourne in three sets with 6:3, 6:4 and 6:2 in the first round Dominic Thiem, which was one of the main Tuesday’s matches at the Australian Open. The Russian beat the Austrian in 35 degrees Celsius in two hours and 10 minutes. Rubljov won as many as 16 break opportunities, but he used only four.

“It’s always difficult to play against Dominic, especially because we’re really good friends. He was really hot this time, so I’m happy that I was able to advance in three sets and save some energy for the next matches,” said the sixth player in the world after the victory, who hopes to reach his first Grand Slam semi-final in Melbourne.

After the heat, the tennis was interrupted by rain

The second day of the Australian Open 2023 was marked by high heat, which led to the suspension of all matches for 90 minutes in the middle of the day. But in the evening, a storm raged over the Melbourne pitches, which also interrupted the matches, with the exception of the central arena, which has a movable roof.

1st round (W), lower part of the table

Environmental groups opposed the sinkingBrazil sunk the decommissioned aircraft carrier "Sao Paulo" in the Atlantic on Friday. Authorities gave the go-ahead for the...
Previous article
Prenatal Control Placebo and Anencephaly Claims
Next article
Belén Montez in “The Black Mantle”