The departure of Slovenian players abroad does not bring progress 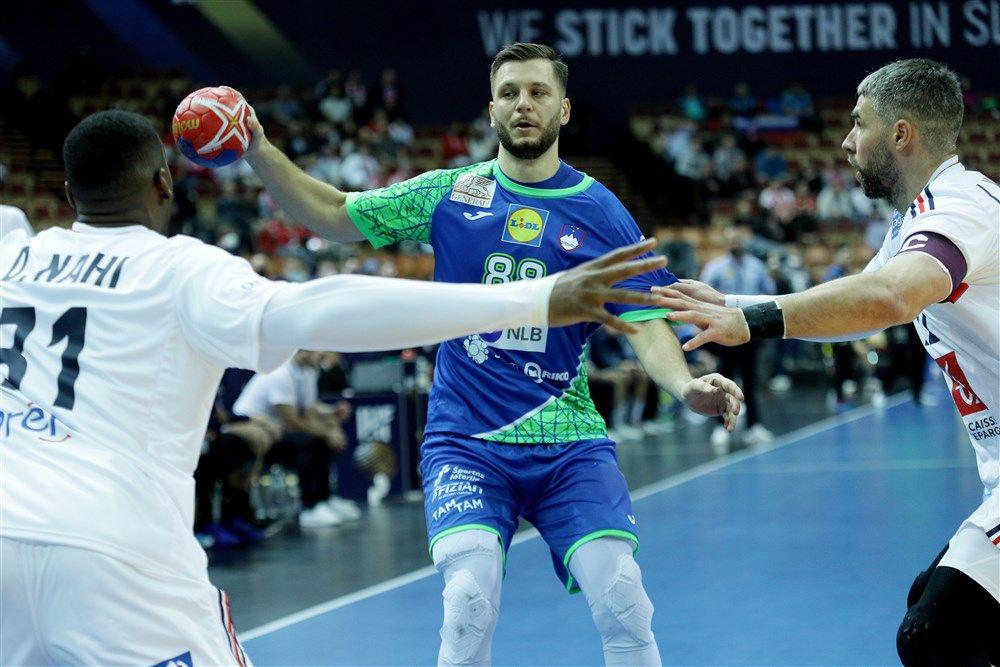 Let the Poles also help the Slovenians in the second part

The Slovenians played the 1st part of the World Cup very well, but without a surplus. You can see progress and some new features in the game. In attack, the main trump card is a fast game with smaller, faster players, in which Vlah leads the way. Boris Denić is also an important and welcome member.

Slovenia routinely defeated Saudi Arabia in Katovice, then unexpectedly eliminated the Polish hosts, and in the end, they played quite well against the Olympic champions, the French, and suffered a moderate defeat with a four-goal difference. In the main part of the competition, where her rivals will be Montenegro, Spain and Iran, she will take two points and will try to make it to the quarter-finals. After the preliminary competition of the World Handball Championship, we asked the former selector for an analysis Tone Tislja.

Boris Denić plays an important role“I can rate the first part of the tournament as very good. After the ordeals at the WC 2021 in Egypt, the EP in Hungary and the qualifications for the WC 2023, the progress is noticeable. The team is smartly assembled and much more homogeneous. An important role in the professional staff is played by Boris Denič, who has inappropriately more experience than the rest of the professional team. He is not talked about much. Already as a selector, he had good results, especially at the beginning, the national team under his leadership played the fastest and most modern handball. Especially in defense, progress is noticeable, the number two and number five are playing much more aggressively in depth. Still, there was no surplus, the Slovenians only did what was necessary. If they want anything more, they will have to beat Spain. This match will probably decide the quarter-finals, if the boys of course justify the role of favorites in the matches with Montenegro and Iran,” said Tiselj.

Even with Mačkovško, they would lose against FranceThe Slovenians traveled to Katowice with a considerable amount of uncertainty, but they quickly proved that they deserved the invitation of the International Handball Federation. “Against Saudi Arabia, they played routinely, especially in defense. Poland meant a maturity exam and Slovenia passed it with distinction. For Zorman, it was similar to the victory of Slovenia under the leadership of Ljubomir Vranješ at the EP in Sweden, when Sweden fell. Again, this victory was very important for self-confidence, but let’s not forget that Poland is an average national team. I liked this signing more when playing with a player, when Slovenia was in attack without a circular striker, and the fast players took advantage of it. France is stronger in every respect, Slovenia knew that and it is better that Mačkovšek rested, even with him it would be difficult to win the match. It was noticed that no national team gave their maximum,Tiselj thinks.

Blah is the main weapon in the attackTactical preparation for rivals is at a high level, notes Tiselj: “The expert staff found that the worst defensive players are those who play in the middle of the defense, which the Slovenians take advantage of and break through the opponent’s defense in the middle. You saw the Poles – they were slow. Even yesterday, Luka Karabatić had no chance against fast Slovenian players. But if Slovenia manages to get into the knockout stages, it will be a different story against the Scandinavian teams or Egypt, as these teams have fast and agile players.”

There are quite a few newcomers among Uroš Zorman’s chosen ones. According to Tone Tislje, ​​they justified their trust: “Especially Aleks Vlah, who is currently our main weapon in attack. I repeat, in attack, because he does not play in defense. Rok Ovniček played a very important role against Poland, with Vlah they are more effective than, for example, Mačkovšek and Bombač. Mazej and Žabić also took advantage of their opportunity.” Domain Makuc? “Neither at Celje nor in the youth national team did he profile as well as we expected. He plays for Barcelona, ​​he should be the leader, and at this moment Vlah and Ovniček appear to be a better choice.” It was also interesting to see the combination with seven players in the field as a kind of prolonged counterattack.

Going abroad does not bring progressDid Makuc’s development stall with his departure to Barcelona, ​​as he doesn’t get many opportunities there? “I have the feeling that our handball players do not progress when they go abroad. Vlah is inappropriately stronger than Makuc at this moment. I also insist that Blaž Janc should be the leader of this national team. It is mature, calm, quality. It seems to me that neither Makuc nor Janc play better in Barcelona than they do in Celje. At that time, Janc played 60 minutes, even under coach Vujović, he was getting many opportunities, but then he came to this Spanish model, where coaches change players for 15 minutes. Then he got a little lost in the national team, suddenly he was no longer the first choice on the right wing at Vranješ. But Barcelona is, of course, the top of handball. A team that wins laurels and a city that provides the highest quality of life.“

Egypt could be in the running for medalsIn order to achieve this feat and break through to the quarter-finals, Slovenia would have to string together three wins in the second part and also eliminate the favored Spain. “But the Poles can also help us a little. Let them play a phenomenal game and beat the Spaniards, for example!” And how does Tiselj assess the power of Spain? “He does not forcefully rejuvenate the national team. Some of the holders are no longer playing (Morros, Sarmiento, Garcia, Robledo, Gurbindo), but they still have some experienced men who are already well over 30. But in general, no national team at this year’s WC, perhaps the only exception is Denmark, it is not such a superpower as the Russians, Swedes, French, and even the Croats were in their time. I would also like to mention Egypt. He can also make it to the finals, after he unfortunately lost to Denmark in the quarter-finals after the seven-meter jump at the home world championship two years ago. The fact that they beat Croatia 31:22 is more proof of their excellent play than that Croatia was bad. Coach Roberto Garcia Parrondo did an outstanding job.“

Previous article
Only one detail is not defined. A ‘pre-agreement’ between the Bretons and Spain’s La Liga club has been revealed.
Next article
When will Cuscatlan Stadium be playable?