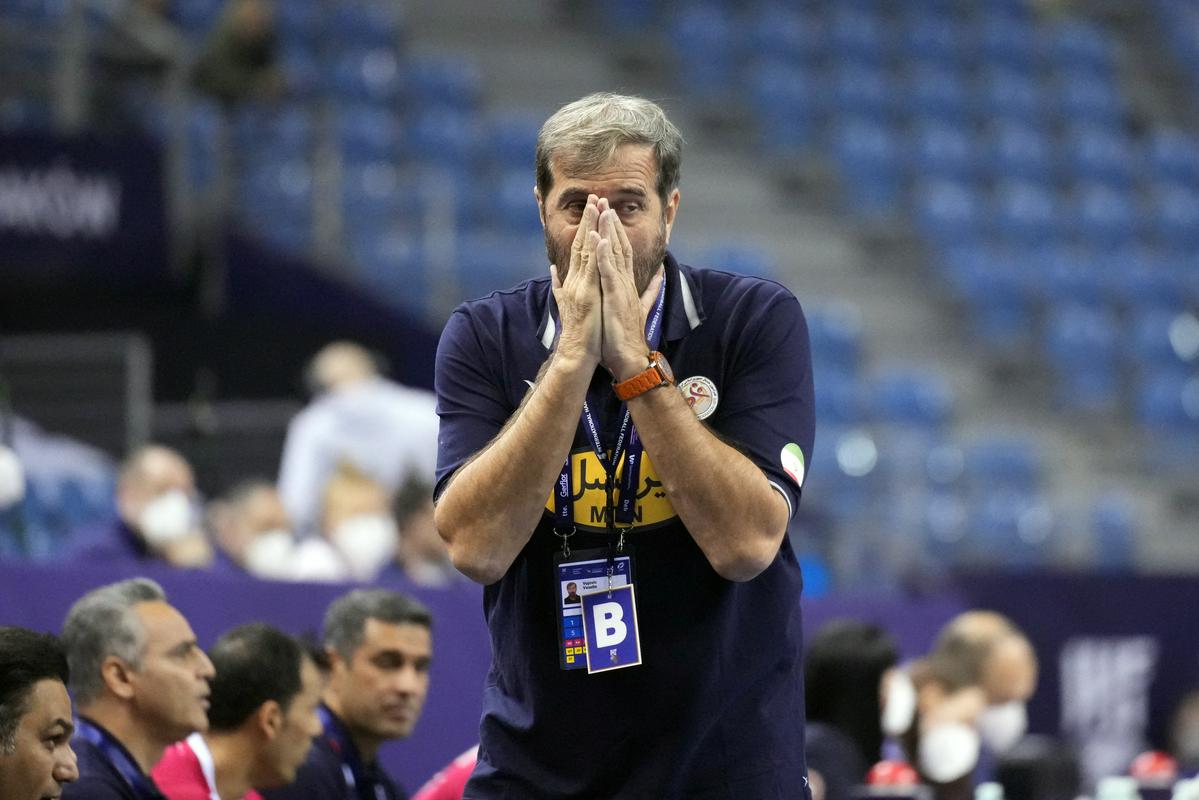 The second part of the World Handball Championship is starting. Slovenia plays against Iran in Krakow at 15:30. You can follow the broadcast on TV Slovenija 2, Valu 202 and our website.

After a series of wasted attacks at the beginning of the match, the first goal was scored only at the end of the 3rd minute, when Slovenia’s first scorer in the tournament was accurate from a distance Aleks Vlah. Together with Blažem Jancem saved the Iranian net from the right side and took the lead with 8:3 after the first ten minutes of the game.

With Iran, led by a former Slovenian coach Veselin Vujovićstands out as an actor Mohammadreza Oraei, who scored three of Iran’s first five goals. The advantage of the Slovenians grew until the 19th minute (14:5), when they stepped off the gas a little, and the Iranians began to score more regularly. In the first half, the advantage was the highest right at the end of the half, when the Slovenians broke the ten-goal barrier (20:9).

Next is the selector Uroš Zorman gave just about every 16 players available to him a chance to play, staggered playing minutes and tried to save as much energy as possible for the crucial match with the Spaniards on Friday. As a result, the Slovenian advantage grew more moderately, rising to +13 (28:15) in the middle of the second half. But then the Iranians gained strength, and the Slovenians tried to get all the players among the scorers.

24 out of 32 national teams advanced to the second part of the competition, and they also transferred all the points they won against teams that also remain in the fight for medals. In the group in Krakow, Spain and France are in the best starting position, Slovenia and Montenegro are in the second row, and Poland and Iran are in the third (still without a point). Each team has three more matches and thus six points. Only the first two places advance to the quarterfinals. Slovenia would probably need all three victories for this achievement.

No Gabra against the Iranians

Slovenian coach Uroš Zorman added to his list Matej Gabra. Zorman named the experienced all-rounder among the 18 candidates for the match, but due to new health problems, he did not strengthen the defense against the Iranians.

Previous article
The court acquitted the leading representatives of the nuclear power plant of guilt for the accident in Fukushima
Next article
Streif is not such a babble for everyone, especially if you collect it the most – on Krvavec