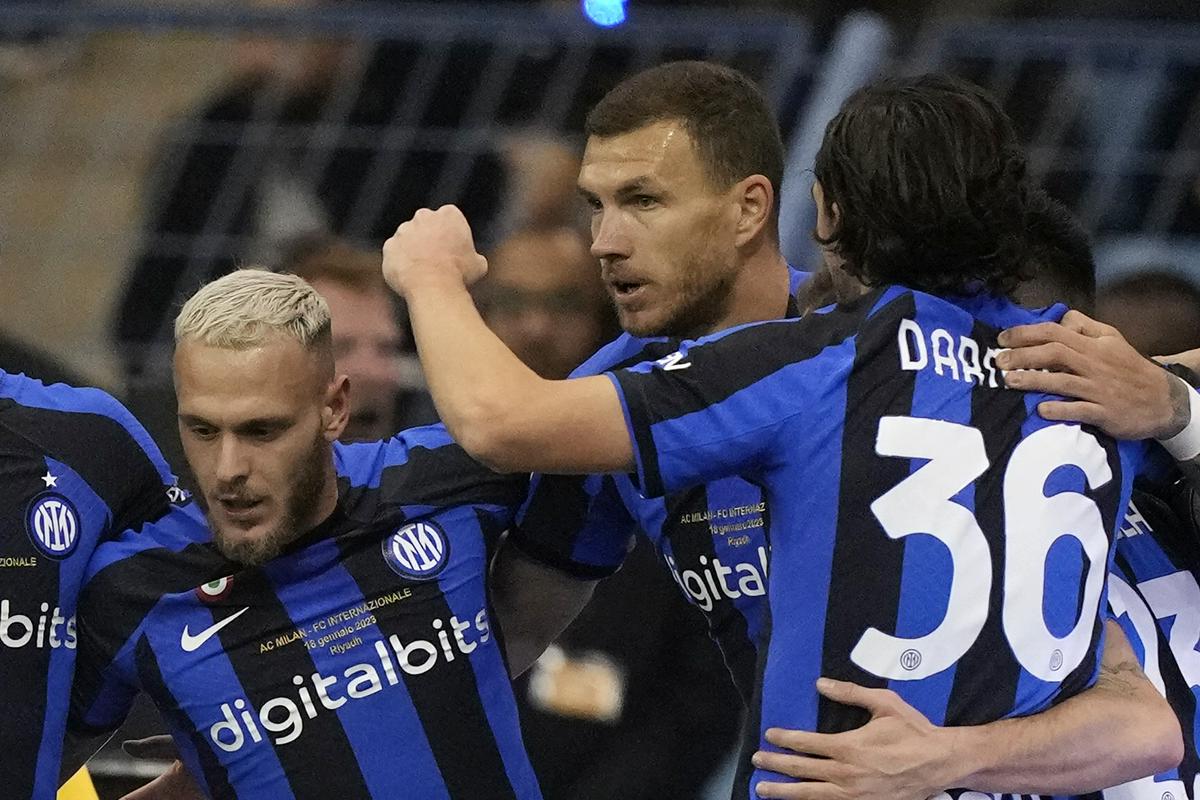 Black and blue defend the laurel

The first goal was scored by a defender in the 10th minute after a pass from Nicola Barella Federico Dimarcoincreased the lead in the 21st Edin Džeko. Alessandro Bastoni passed to him on the left side, and the attacker from Bosnia and Herzegovina shook off Sandro Tonali, who “swam” into space, and sent the ball past the goalkeeper Cipriano Tatarusanu with a low diagonal shot.

Lautaro Martinez scored the third goal for Simone Inzaghi’s side in the 77th minute after Milan Škriniar’s pass was more skillful than his keeper Fikay Tomori and he superbly rattled the net with his right foot with the outside of his foot.

The two Milan clubs have fought each other for this laurel only once so far, in 2011 in Beijing, Milan won 2:1.

Black and blue defending their laurels (they have six in total), last year they defeated Juventus 2:1 at their home stadium. Alexis Sanchez scored the decisive goal just before the end of extra time in the 121st minute.

Milan last lifted the Super Cup in December 2016 (seven times in total), when they also lost on penalties in Doha an old lady.

Juventus is the most successful club in this competition, having won the Super Cup nine times, most recently two years ago when they beat Napoli 2-0 in Reggio Emilia.

22 points by Aleksandar ShaškovSo far this season, the Helios basketball players have lost only twice to Krka in the national championship, and they...
Previous article
Arena proposes to subsidize farmers with $100 million fund
Next article
‘For when I die’: Grandma’s influencer breaks it down with the look she wants to wear at her funeral