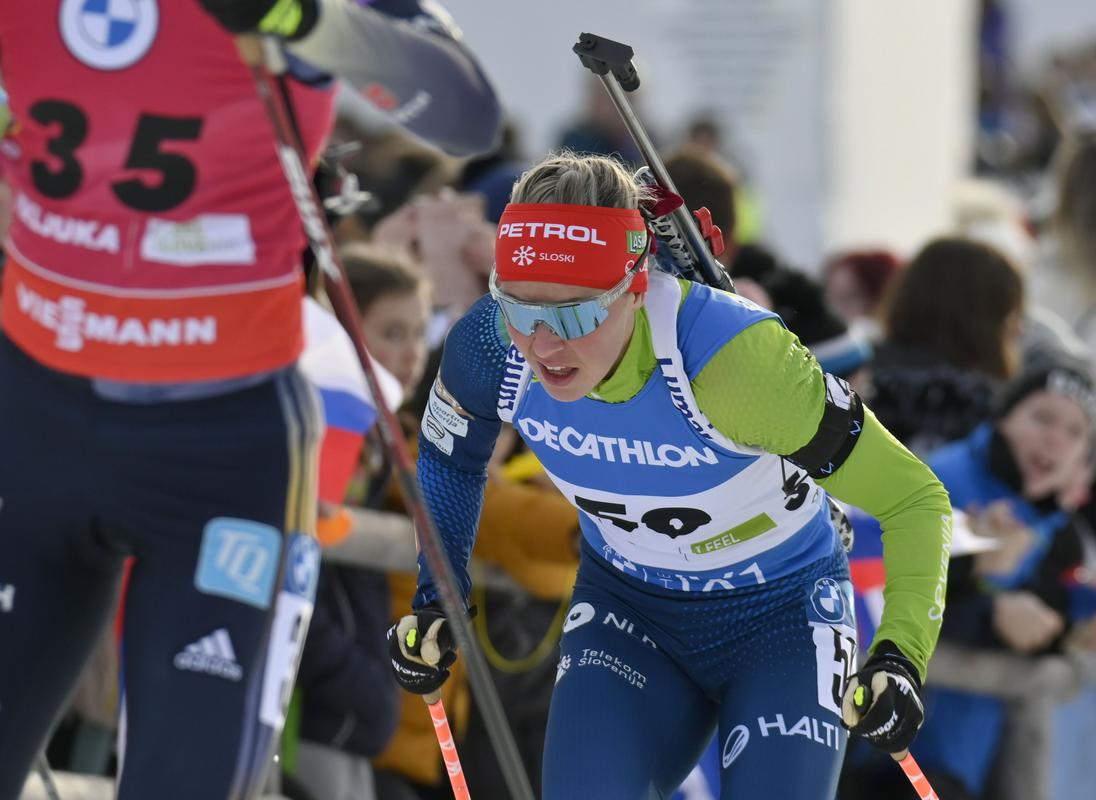 Anamarija Lampič was once again in a class of her own at the biathlon sprint in Antholz. She also did a good job at the shooting range. After two penalty rounds, she took fifth place and repeated the result from her debut in Hochfilzen.

She was inaccurate once in both shootings, but again she was by far the fastest in skiing. Thus, even after completing the second shooting performance, she gained a few more precious seconds. She was previously 21st after the first shootout and left the second in tenth place. For the second time after switching from cross-country skiing to biathlon, the 27-year-old athlete from Valburga finished the sprint race in fifth place in the World Cup.

For the first time this season, and otherwise for the 14th time in her career, the best Italian player was Dorothea Wierer. The 32-year-old biathlete, who comes from Bruneck, about ten kilometers from Antholz, covered all ten targets and by 2.8 seconds surpassed the Frenchman Chloe Chevalier, who for the first time in her career swung onto the winners’ podium. The top three were all flawless on the range. Sweden’s Elivra Öberg was 8.7 seconds behind the winner.

With 14.7 seconds behind, the fourth heroine of the Olympic Games in Beijing was the Norwegian Marte Olsbu Roeiseland, who had to go to the penalty circle once. Lampič was 18.4 seconds behind. She was by far the best in running. She was more than ten seconds faster than the German Denise Herrmann-Wick, who was second best on the course, but otherwise took fifth place. By 20 seconds, the Slovenian biathlete also outpaced World Cup leader Julia Simon of France, and Dorothea Wierer by more than 40 seconds.

Young Lena Repinc also qualified for Saturday’s pursuit, who scored 48 with ten shots. Živa Klemenčič was 86 after four mistakes on the second shoot. On Friday, there will be a sprint of biathletes in South Tyrol, who will also have a pursuit race on Saturday. There are relay races on Sunday.

Antholz is the last stop of the World Cup before the World Championship, which will start on February 8 in Oberhof.