Zorman: The most important thing is that the players stay with both feet on solid ground 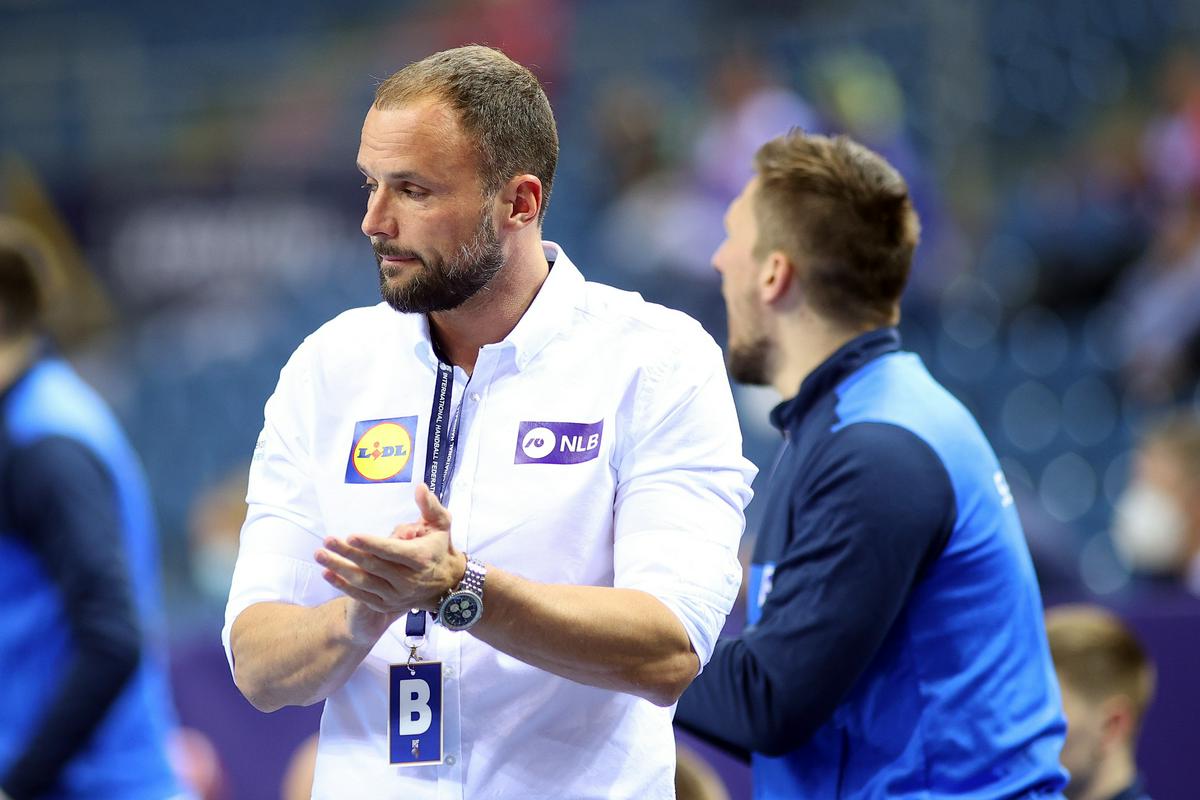 The Slovenian handball players have two decisive matches to advance to the quarter-finals at the World Championship. In Krakow, they will first face the Spaniards on Friday, and Montenegrins on Sunday.

Both games will be at 3:30 p.m in live broadcast on TV SLO 2 and MMC. Friday’s victory over Spain, which won bronze at the last World Championship and silver at the European Championship last year, would bring Slovenia even closer to the quarter-finals, thereby exceeding all expectations. Before leaving for Poland, only the most optimists hoped for such pleasant and high-quality performances as they in the previous part of the tournament in Protégés shown in Katowice and Kraków Uroš Zorman.

Zorman: I enjoy the wards’ games

A competitor from Saudi Arabia and Iran fell after a routine performance, the high-flying Poles were beaten in front of 10,000 home fans in halls Bottom, in the last settlement in group work in Katovic, however, lost by four goals against the six-time world, three-time Olympic and European champions from of France. “A month ago, the matches against Iran and Saudi Arabia were already crucial for us, but now…” said the selector at the beginning.

“After four matches in Poland, some people became euphoric, but for me the most important thing is that my wards stay with both feet on solid ground. I enjoy watching their games, witnessing their fighting in training. There are also moments when they raise the pressure on me, but it’s part and parcel of the coaching business, we need time to improve in game, but the national team shows a new face in this tournament and advances from games in match, I’m most happy about that,” Zorman said.

“We all know very well who and what the Spaniards are in handball. We will fight from the first minute, we have nothing to lose. We will do our best, we have a match for the quarterfinals ahead of us.” added the former great organizer of the game, who also has playing experience with Spanish handball. During his acting career, he was a member of Ademar from Leon and Ciudad Real, after departure in professional handball coach and assistant to a Spanish expert of Kyrgyz descent To the talent Dushebaev at Polish to the giant Kielce.

Zorman’s protégés are also aware of the great opportunities in this year’s tournament after the bad national team year 2022. Captain of the selected species Jure Dolenec he said some time ago that he is at this year’s World Cup every match is a final for him. “It’s Spain in has done great things on the national team scene in the last period, I would put her next to France and Denmark. If we want to qualify in quarter-final, then we have to beat one of the favored national teams. We didn’t do it against France, we have a new opportunity to do it against Spain. In Friday’s match, we will not deviate from ours strategies. The Spaniards are the favourites, but we will do our best.” decisively announced the Škofjeločan, who was a member of the famous Barcelona between 2017 and 2021.

Janc: The same story as against Poland

It is from 2020 in the Catalan capital Blaž Janc: “Even in the match against the hosts in We had to win in Katowice if we wanted to do something serious in the tournament, which we did. An identical story awaits us on Friday. If we want to qualify in quarter final, then we have to beat the Spaniards. We will all give our best in the match maximum. I’m sure we can compete with the Spanish.“

He also plays for the most successful European club Domain Makunc, who was the best Slovenian player against Iran with six goals: “We know what the match with Spain brings. I wouldn’t say that our next rival is a handball superpower, but they finish in the top eight or four in every tournament. The Spanish play good handball, tactically they are extremely well-versed, but I believe in our selector. I am sure that he will prepare us well, as he has prepared us in all the matches in Poland so far.”

On the day of the match, Zorman will decide on his 16 handball players, maybe there will be two of them Matej Gaber and Grega Krečič, who joined their teammates a few days ago. Before the match, the statistics from the biggest competitions are strongly on the side of the Spaniards. In 13 matches, the Slovenians achieved only one victory and a draw and experienced 11 defeats. They are in their last matchup against each other in the majors in semi-finals of the European Championship 2020 in They beat Stockholm 32:34, and they achieved one of the sweetest victories over them in the qualification tournament for the Olympic Games in Rio de Janeiro 2016, when they in Malmö won with 24:21. Spain is at this year’s championship in defeated Montenegrins, Chileans and Iranians in the group stage, in and the Poles in the second part of the competition

Previous article
What about Christian Zavala?The ups and downs and uncertainties surrounding CoroCoro’s stationary player
Next article
Instagram keeps distractions out of the way with new Do Not Disturb mode