City on the wings of the brilliant Mahrez from 0:2 to 4:2 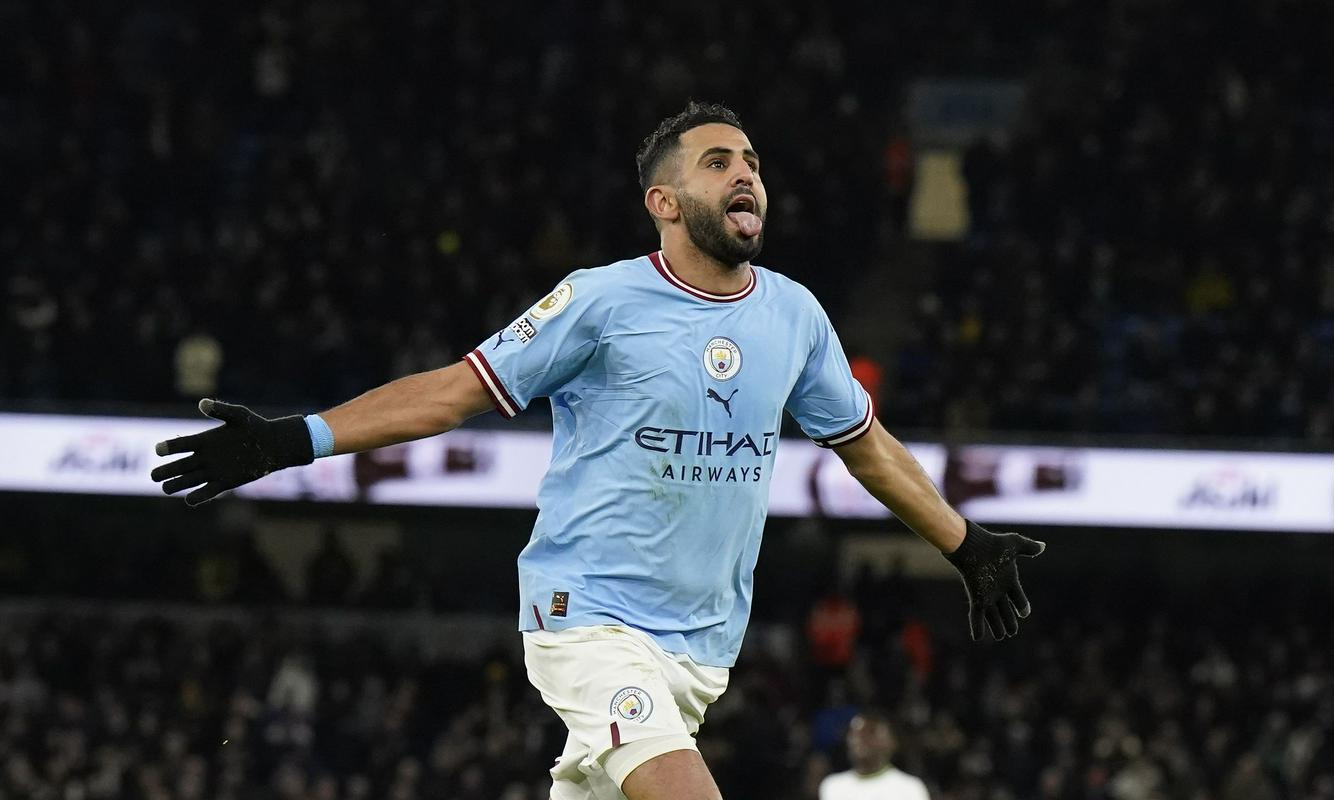 In the postponed match of the 7th round of the Premier League, the Manchester City players trailed Tottenham 0:2 at the break, but in the second half they filled the visitors’ net with a magnificent performance and won all three points (4:2).

Pep Guardiola celebrated his 52nd birthday on Wednesday and after the game at the Etihad Stadium, he was delighted to see his men close the gap to leaders Arsenal to five points.

Tottenham finished the first half like a dreamIn the first half, the Blue and Blue had the upper hand, but they failed to score. In the 44th minute, goalkeeper Ederson made a poor pass to Rodrigo, Dejan Kuluševski took the ball from him and put it into the net.

In the extra time of the first half, Harry Kane already lost the ball on the right side, but in the duel with Rodrigo, he won it again with a sliding start. His shot was deflected by Ederson, but Emerson Royal was in the right place, and he headed it into the net for 0:2.

Mahrez unstoppable going forwardManchester City made a strong start to the second half and quickly managed to equalize. Julian Alvarez was on target in the 51st minute from eight meters after the visitors failed to clear the ball from the crowd. Erling Haaland equalized just two minutes later with a header from Riyad Mahrez’s cross.

Tottenham managed to recover a bit. In the 59th minute, Kuluševski spotted Ivan Perišić from the right side in the penalty area. The Croatian shot too much towards the middle of the goal and defender Rico Lewis managed to deflect the ball onto the crossbar.

The current champions were much more efficient. In the 63rd minute, Mahrez checked goalkeeper Hugo Lloris with a powerful shot from the right side. The Frenchman in the Tottenham goal closed the near corner poorly, but Pierre-Emile Höjbjerg and Ben Davies also covered the Algerian very poorly.

The excellent striker also set the final outcome of the match; in the 90th minute he took advantage of a big mistake by Tottenham’s last defender Clement Lenglet and put the finishing touches to a great turnaround with a precise finish.

Olise shocked the Red Devils with a free kick in the 91st minute On Wednesday, Crystal Palace won a big point against Manchester United (1:1). The Red Devils are in excellent form after the departure of Cristiano Ronaldo, and last weekend they also won the city derby against City with 2:1.

At Selhurst Park, the Red Devils took the lead a minute before the break when Christian Eriksen beautifully found a lonely Bruno Fernandes, who fired a right-footed shot into the net from 13 yards.

United played too cautiously in the second half and in the first minute of stoppage time, Michael Olise equalized at 1:1. He executed a free kick brilliantly, sending the ball over the living wall from the crossbar into the net.

On Sunday, United face another clash in London, they will face the leaders Arsenal, they will have to play without Casemiro, who earned a yellow card and will not have the right to play.

Dallas basketball players lost the first seven games this season without Luka Dončić, and now they celebrated for the second time in a row...
Previous article
Video released of dog attack that killed ex-footballer
Next article
UCA survey: 41 in 100 Salvadorans had to go into debt to fulfill their promises