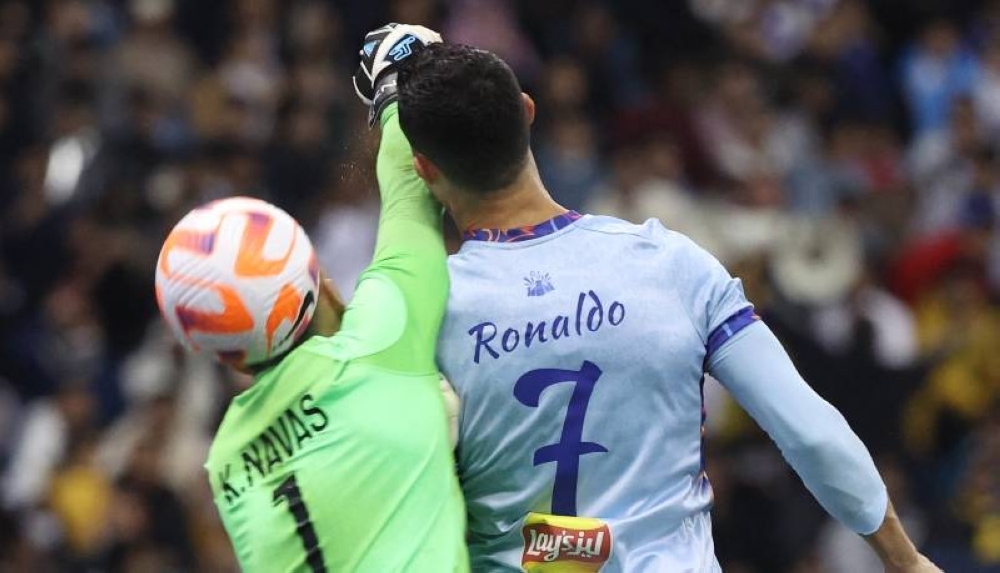 Cristiano Ronaldo will play his first match since arriving in Saudi Arabia. Otherwise, he’s the star of his PSG-All-Nasr/Al-Hilal duel. The Portuguese striker scored two goals in the first half but left a memory on the cheekbones of former teammate Keylor Navas.

The Costa Rican goalkeeper came out at the wrong time to raise his fist to clear a cross, but Cristiano also went in search of the ball and Navas punched the Portuguese in the face with his arm.

The play brought back memories of the penalty the Argentina national team imposed against Poland during the 2022 World Cup in Qatar, but on this occasion the blow was much stronger and it was reflected in Cristiano Ronaldo’s cheekbones. It was done.He had blood in his mouth and had to be treated.

#cr7 #Cristiano Ronaldo #the best they gave him a terrible blow pic.twitter.com/q0ZXvJltgm

Initially, the move raised some skepticism, but the CR7’s facial markings are undisputed. Even Kylian Mbappe approached the Portuguese, laughing and talking about the play, while the Frenchman saw and touched the wound.

Cameras were all around before the game started Cristiano Ronaldo and Lionel Messi were seen smiling with their teammates and rivals. However, the greetings from both stars did not reach the tunnel leading to the pitch.

Cristiano Ronaldo greeted former Real Madrid teammates Keylor Navas and Sergio Ramos and chatted with the Portuguese for a few seconds. While Messi warms up and talks with Neymar.

At 9:30 a.m., the second semi-final of the Australian Open Championship will begin in Melbourne, in which Serbian ace Novak Djokovic and American Tommy...
Previous article
Olmué Huaso Festival 2023: Who will be performing this Thursday?
Next article
Officials warn Russia’s defeat in Ukraine ‘could lead to the start of a nuclear war’