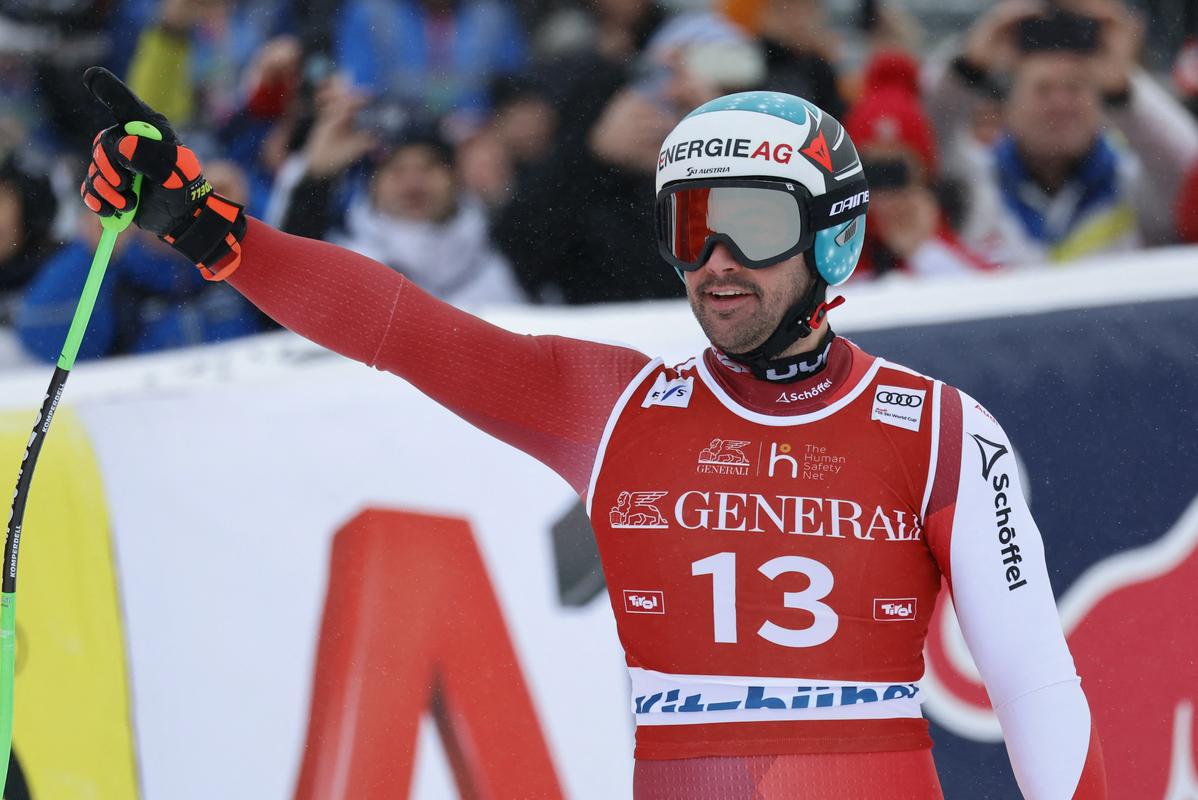 On Saturday at 11:30 a.m. the second downhill in Kitzbűhel, and on Sunday the slalom

Both Odermatt and Kilde got burned on Friday’s downhill in Kitzbühel, but to the immense joy of the Austrians, Vincent Kriechmayr was the fastest. Martin Čater with no. 25 placed 13th time. At the top of the Streif track is Miha Hrobat (No. 45).

Friday’s downhill in Kitzbühel takes place in poorer, diffused light. If it doesn’t clear up quickly and the sun shines, the Austrian will be the winner, much to the delight of the home fans Vincent Kriechmayr.

Leaders in the World Cup Marco Odermatt could not stand the role of the first favorite, because upon exiting from muscles made a big mistake but managed to actobatically save himself. However, because he lost a lot of speed, the top ranking floated down the drain and for the first time in the season he will finish outside the top ten. Until the first downhill on the Streif, Odermatt’s worst ranking was seventh place from the second downhill in Val Gardena.

During the second training session on Thursday, the leading skier of the winter, Aleksander Aamodt Kilde, was injured, as he broke one of the palmar bones on his right hand. Nevertheless, the Norwegian drove superbly, fighting for the lead, but then he was carried away from the crossing, where he made a spectacular save to avoid the fall. Despite the unfortunate finish, Kilde was visibly relieved at the finish line to take it without falling.

Another Swiss fared better than Odermatt. Niels Hintermann took the downhill without a mistake for the first time in the season and was the first to pass American Travis Ganong, who opened Friday’s downhill on Streif. At only 8 hundredths, the Italian veteran approached Hintermann Dominic Paris.

Right behind him, he took off with number 13 in a dream run Vincent Kriechmayr, who, after the fastest time in the upper part, started to lose to Hintermann, but then he did the best finish past the farm, the crossing and the final descent, and at the finish line he overtook the Swiss by 31 hundredths. Of course, to the Huron joy of the overcrowded stadium in Kitzbühel, where before the matches the Austrians themselves said that they were only outsiders to win.

The first of two Slovenians appeared with number 25. Martin Čater, for whom the Streif track does not suit him well, was extremely fast in the third and fourth of the seven sections after a slow start. Interestingly, he was even faster than Kriechmayr in the very finish with a high speed of 139.38 km/h.

The decision was taken by the General Assembly of Gen-IPrime Minister Robert Golob signed an agreement which, according to the decision of the Gen-I...
Previous article
Actor Alec Baldwin will eventually be charged with involuntary manslaughter on set
Next article
‘The public had a different agenda’: Natalie Nickloo’s reflections after passing Ormue